“I’d like to thank Gordon for his incredible efforts on behalf of the company during a critical juncture, including playing a leading role in our highly successful debt restructuring earlier this year,” Constellis CEO Tim Reardon said in a statement. “We wish Gordon all the best in his future endeavors.”

With 45 years of experience, Hozik has held several leadership positions such as CFO and CFO with both public and private government contractors. He has also served as CFO and CEO of a global firm with operations throughout North America, Latin America, Europe, the Middle East, Africa and Asia Pacific.

“His extensive experience raising private/public equity and debt (including two initial public offerings), mergers and acquisitions and strategic planning will be a great addition to our executive team,” Reardon said in a statement.

The certified public accountant earned his bachelor’s degree in accounting from the University of Maryland. As a Washington, D.C. native, he is active in several local charitable organizations including Childhelp. 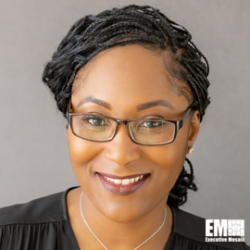