Herndon-based satellite company HawkEye 360 Inc. announced Wednesday that Darek Kawamoto, its principal engineer for algorithms, has been honored with the Edwin H. Land Industry Award by the Intelligence and National Security Alliance (INSA). Of the six honorees receiving INSA Achievement Awards this year, Kawamoto is the only Virginia contractor employee being honored.

“We value him not just for his superb technical abilities but for his persistence, innovativeness and commitment to team success,” HawkEye 360 CEO John Serafini said in a statement. “He is an incredible asset for HawkEye 360 and, as this award suggests, for the nation.”

Sean Mallon returns to the Center for Innovative Technology from GMU 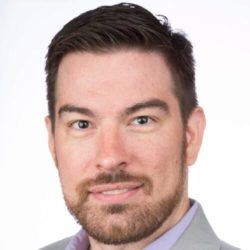