Eight future Petersburg public school teachers are spending the summer learning about the city where they expect to work for the next four years.

Two years ago, Petersburg’s teacher shortage was so acute that the governor urged retired educators to return to the classroom. Now the financially distressed city is turning to a different strategy to help alleviate a teacher shortage that is affecting K-12 schools nationwide.

Through an expansion of Virginia Commonwealth University’s Richmond Teacher Residency (RTR) program, the eight graduate students will spend this school year working with Petersburg teachers while they earn master’s degrees tuition free. In exchange, they have committed to teach at Petersburg elementary schools for three years after they graduate.

During the summer, they have been learning about a city that is rich in history but poor in resources. One of their courses, which focused on communications between home and school, included meetings with community leaders and field trips to cultural sites such as the Pocahontas Island Black History Museum.

“The theme of the program is that you can uplift a community from inside the classroom,” says Kim McKnight, director of VCU’s RTR programs in Petersburg and at Chesterfield County’s Ettrick Elementary School. The residency programs are designed to strengthen schools and communities by recruiting high-quality teachers who “aren’t just staying for a year.”

James F. Lane, Virginia’s new superintendent of public instruction, says he saw positive results from the program at Ettrick while he was Chesterfield’s school superintendent.

While weighing best practices being used throughout the country, state education officials are reviewing “grow-your-own-teacher” programs such as RTR Petersburg, which is supported by public and private funding. But, Lane says, it will take multiple strategies to maintain a strong teaching force in the state.

The General Assembly in May approved a 3 percent pay raise as part of a compromise agreement on the biennial state budget. But that pay raise is only a start, says Jim Livingston, president of the Virginia Education Association. “What we have to come to terms with in Virginia is that we have withheld [fully funding] state support for public education for a decade,” he says.

Despite being one of the nation’s wealthiest states, Virginia ranks 43rd for the percentage of education revenue that comes from state funding, according to the NEA. “That is dangerously close to the bottom,” Livingston says.

According to the Richmond-based Commonwealth Institute for Fiscal Analysis, Virginia’s per-student funding has decreased 10.7 percent, when adjusted for inflation, from fiscal year 2009 to FY 2017.

Teacher shortages can be traced to the Great Recession and resulting budget cuts for salaries, staffing levels, support services and school maintenance.

Simmering teacher dissatisfaction escalated nationwide during the past school year, with walkouts in West Virginia, Arizona and Oklahoma and threats of strikes in other states. In Virginia, state law prohibits public employees from striking, but frustration among teachers is growing.

School employees “see the buildings that are literally crumbling around them,” says Livingston. “They see the lack of resources.”

The resulting problems are defying textbook solutions. “Our teachers are browbeat,” says Robert C. Pianta, dean of the University of Virginia’s Curry School of Education.

The Curry School is working with the state Department of Education to “heat-map” teacher shortages across the state, using data to refine possible solutions for various regions or even individual school districts.

Chamber support
Barry DuVal, president and CEO of the Virginia Chamber of Commerce, says solving the shortage crisis is crucial “to our future workforce,” especially with unemployment rates low across the nation.

A chamber survey found workforce readiness is the No. 1 concern of the business community, he says, and readiness is dependent on education. DuVal says solutions advocated by the chamber include revised salary schedules and “improvement in how we recruit and train teachers.”
Virginia should exceed the national average for teacher salaries, he says. “We think that does need to be part of the solution.”

But the chamber also supports flexible staffing schedules, recruitment of part-time and retired educators, and mentoring for new teachers during “the first few years, which are so critical” to retention.

While the K-12 student population increases, fewer college students are enrolling in teacher-prep programs nationally. Among those who do enroll, nearly half leave the profession within the first five years, Pianta says.

“Teachers are being asked to be parents and social workers, mental health counselors and sex educators, and to teach advanced mathematics and calculus,” he says. Teachers are expected to be “the entire safety net” without adequate resources to back them up, he says.

Student debt
The state has begun several initiatives to boost the number of teachers. During its most recent session, the General Assembly approved legislation streamlining requirements for provisional licensing and reciprocity for out-of-state teachers, a move that the chamber supported.

Before leaving office in January, then-Gov. Terry McAuliffe also told the state Board of Education to implement regulations to facilitate four-year education majors as a faster — and less costly  — route to teacher licensure.

Undergraduate options for teacher certification already exist in Virginia. However, many five-year education programs, which involved college students earning master’s degrees, emerged in the 1980s. That trend was the result of growing concerns that students were being trained in the mechanics of teaching but lacked sufficient content knowledge. Under current regulations, students must major in a subject-matter discipline while also completing a teacher-training program.

Pianta says teachers can be trained efficiently in a four-year program without sacrificing content knowledge.

Despite McAuliffe’s urging, only a handful of retirees returned to the classroom and others helped with tutoring. The number was “not as many as we would have hoped,” says Kelly Tobe, director of teaching and learning for Petersburg City Public Schools. 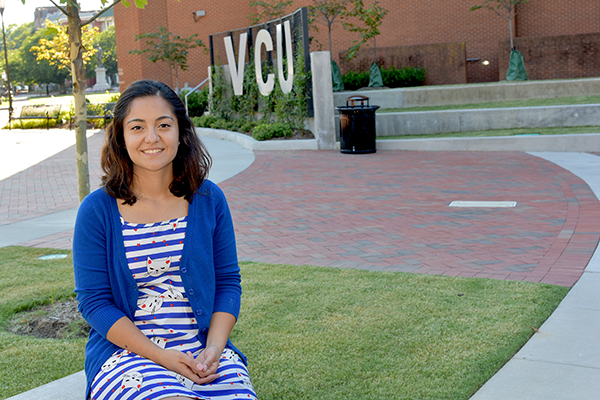 Tobe believes that its residency program not only will help fill vacancies in the school system but also will provide new teachers with insights about the community. That added dimension is something Jenny Castro, a student in the residency program, appreciates. “It helps me understand where the students are coming from,” she says.

Castro describes the residency program as “sort of like a dream come true.”

A Colombian immigrant whose family settled in Chesterfield, Castro says she is well aware of the hardships her students face. “I feel like I am needed here,” she says. “I feel like I need to help this community.”