These commodities represent some of the bread and butter business lines, literally, of Devon Anders’ mega storage and supply chain logistics company, which is based in Mount Crawford and has other state locations.

The success of InterChange Group Inc. rises and falls on the health of the Shenandoah Valley’s manufacturing industry, and that’s due in large part to the performance of the local food and beverage sector, which includes companies such as Cargill Meat Solutions, Perdue and Hershey Co.

In 2019, InterChange opened a 250,000-square-foot cold storage facility, housing multiple spaces ranging in temperatures from minus 10 degrees to 34 degrees Fahrenheit. It’s planning a third-phase expansion of the facility that will include blast freezing capability (a rapid freezing process), mostly for meat storage.

“Our business has grown based on the growth of manufacturing in the valley,” says Anders, president of InterChange and a Pennsylvania native who moved to the Shenandoah Valley to attend Eastern Mennonite University in Harrisonburg. After graduation, he worked as a certified professional auditor before shifting to the packaging and logistics businesses.

InterChange’s story is a microcosm of the business environment in this agriculture-rich and mountainous western part of Virginia, where a population of approximately 370,000 relies on a mix of food manufacturing, agriculture and agribusiness — industries that build on one another to keep the economy moving forward. More than 5% of the Shenandoah Valley’s labor force comprises manufacturing, and it’s also the top region in Virginia for agriculture products sold, according to the Virginia Economic Development Partnership.

But a significant challenge is attracting people to fill the region’s many manufacturing jobs. That effort has been a major focus for economic development offices throughout the Shenandoah Valley — and it is ramping up.

Much of the region’s manufacturing growth in recent years has been in the food and beverage industry.

Take Hershey Co., which announced in July that it planned to expand its Stuarts Draft plant by about 90,000 square feet and add 110 jobs. It is the company’s second expansion in Augusta County in two years. The facility, which employs more than 1,000 people, is considered Hershey’s second largest in the country. Hershey Chocolate of Virginia has operated in Stuarts Draft for 38 years.

“We are proud to continue to invest and grow in an area that gives our employees a great place to live and work,” said Jason Reiman, senior vice president and chief supply chain officer at The Hershey Co., in a news release issued by Gov. Ralph Northam’s office. “Increasingly, Augusta County and Virginia are critical to our company’s growth and ability to deliver iconic and beloved products to consumers around the world.”

The region also is known for poultry manufacturing. In Rockingham County, Cargill Meat Solutions, Perdue, Pilgrim’s Pride Corp. and Virginia Poultry Growers Cooperative are among the top employers, with more than 500 workers each.

“We’ve actually seen a lot of our manufacturers, [despite] the pandemic, still going strong,” she says.

Food and beverage companies typically perform well, regardless of the state of the economy, Langston says.

But it’s not only about food manufacturing in the Shenandoah Valley. Other manufacturers in the valley are growing and expanding.

Rockingham, Augusta, Page and Shenandoah counties were among the top 10 farm income-producing counties in the state, based on the U.S. Department of Agriculture’s 2017 Census of Agriculture. The state’s poultry industry has long been concentrated in the Shenandoah Valley.

Within this thriving industry, there have been some innovative ideas in the Shenandoah Valley. In 2014, Corwin Heatwole, a sixth-generation farmer, launched Shenandoah Valley Organic, a network of privately owned poultry farms mostly housed in the valley. The idea was to work with family farms that did not want to sell poultry through larger corporations such as Perdue and Cargill. The Harrisonburg-based company sells its products under the Farmer Focus brand.

The organic poultry company is a significant success story and employer for Rockingham County, says Josh Gooden, economic development and tourism coordinator for the county. Gooden did not know the company’s total employee count, and Heatwole could not be reached for comment.

“Farmers have always been sort of the unsung heroes, but they have evolved based upon the marketplace,” Langston says. “They are addressing the needs that people want in the marketplace.”

One of the Shenandoah Valley’s primary challenges in recent years has been finding the workforce to fill a rising number of manufacturing jobs.

“We are trying to educate,” says Langston. “Our manufacturing has grown throughout this pandemic. [Companies] are screaming for workers.”

The valley’s population is projected to grow by 2.5% during the next five years, and Langston says the growth rate might be closer to the 3.6% the region has seen since 2015. But, he adds, that still probably won’t be enough to meet employers’ labor demands.

“Business needs in general are growing at a higher level from a workforce perspective than we have workforce to fill it,” Langston says. “Part of that is we need to do a better job of selling the opportunities in the valley.”

Also, some manufacturing companies struggle to fill jobs because of a negative perception of those careers. Many people don’t know about the different kinds of jobs that are available through manufacturing nowadays, compared with what may have been available years ago, Langston says.

The partnership and other economic development offices across the region are working on new efforts to market the Shenandoah Valley as an attractive area to live and work. The partnership is in the process of creating a website to advertise the valley’s livability.

Similarly, Shenandoah County officials have worked with neighboring counties to study perceptions of the region, French says. The county also plans to launch a website to highlight its jobs, amenities and quality of life.

“It’s a struggle to find adequate workforce for a lot of our companies,” French says. “They often are competing against one another.” 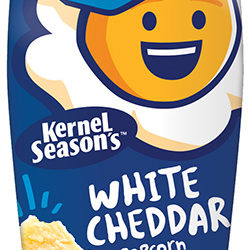