During the recession, many Virginians couldn’t find jobs.

Now, according to chief financial officers across the state, the jobs are there, but not enough qualified applicants are showing up to claim them. That situation threatens not only a company’s growth but the overall economic prosperity of the commonwealth.

Virginia Business talked to Virginia CFO Awards nominees about the biggest challenges they face.  The awards, started in 2006, were presented in June to winners in five categories: small (under 100 employees) and large private companies; small and large nonprofit organizations; and publicly traded companies.

“Finding qualified electricians is a big challenge for us,” says  Becky Jester,  CPA, who is the chief financial officer of Highground Services Inc., a small engineering company in Franklin.

Highground, which has more than 60 employees, has been growing and diversifying, expanding its operations to Newport News and other areas. The company is poised for even more growth, but it needs more skilled workers.

“We have partnered with a local high school to teach basic electrical skills, and we are in conversation with a community college [Paul D. Camp Community College] to relaunch their electrical training program,” Jester says, adding that Highground has established an apprenticeship program to train electricians.

In talking with customers and other businesses, the company has learned of labor shortages in nearly all the construction trades.

Jester has her own idea on why the shortages have occurred. “Perhaps, over time, we’ve let our young people think they need to go to college, to sit behind a desk to be successful. I don’t think a traditional four-year college is for everyone,” Jester says.

He notes that InterChange’s services follow the ebb and flow of its customers’ businesses. When one customer ramps up production and needs its help, Longenecker says, his company must be able to hire qualified workers on short notice.  “Our whole industry is built on month-to-month [demand],” Longenecker says.

InterChange expects container business, both import and export, will accelerate with the recent opening of the enlarged Panama Canal. The company hopes to take advantage of that upswing.
In 2005, Longenecker was one of the first 20 employees hired at InterChange, which now has about 100 employees.

He says being CFO is a big change from his earliest jobs. “My father was a butcher. My first job was swatting flies,” Longenecker recalls.

Recruiting tech employees
Michael Bame, controller at Harmonia Holdings Group in Blacksburg, started with the company in 2007 when it had 25 employees. Today, it has more than 300 in seven offices across the country.

“We have to have the financial resources to sustain growth, and you have to have a system to bring in a bunch of people at one time,” he says of the technology company, which handles many federal contracts and sometimes hires in spurts.

Bame, who also is in charge of human resources, says the company sometimes struggles to recruit high-caliber tech workers. He says tech giants such as Google and Microsoft recruit heavily at Virginia Tech, giving graduates a wide range of job choices.

Many new graduates prefer the vibe of big cities to Blacksburg’s small-town atmosphere. Frequently, though, Bame says, Harmonia captures many of these workers when they marry and begin raising families. “They find out they don’t want to go to a big city. It’s better to raise a family here,” Bame says.

Harmonia has contracts with a number of federal agencies, including the Census Bureau, Patent Office and Department of Defense.  One strategy the company has used to retain tech employees is to move them to other contracts if one they have been working on comes to an abrupt end. “We don’t like to lay off people,” Bame says. “It’s hard enough to attract them.”

Mythics’ technology is based on Oracle products. That is one reason the company has some really long-distance commuters — from the West Coast.

“People that understand Oracle — cloud, software, hardware — those people are very difficult to find. We’re constantly running campaigns and finder’s fees. It’s one of the costs you have to bear,” Welborn says.

When he joined Mythics in 2008, it had annual revenue of $300 million, and eight people worked in the accounting department. Since then, revenue has tripled and the number of accounting employees has risen to 30. “You fasten your seat belt and hold on,” Welborn says of the company’s growth, which has been fueled by the federal government’s continued spending on IT.

Ellen McIlhenny, executive vice president and CFO of Cobb Technologies in Richmond, has helped guide the company’s expansion since joining it 17 years ago.

Since 1998, Cobb’s annual revenue has grown from $7 million to $25 million. McIlhenny says one of her challenges is helping the company to stay relevant in the fast-changing technology field.

Like other CFOs, McIlhenny also says there are challenges in finding enough skilled personnel, specifically IT workers. But the company also needs more truck drivers to deliver copiers and other office products. “We’re having more trouble finding people who want to come to work,” McIlhenny says.

Mary Blowe, CFO and director of support services for the city of Winchester, can relate to McIlhenny’s concerns. Blowe says she can’t always find enough qualified applicants for financial positions. “I don’t see young students coming into government,” she says. “The money isn’t there.”

Blowe, however, has found a lot of satisfaction in her work, presiding over two major upgrades to the city’s bond rating, which has a crucial impact on its cost of capital.

During her tenure, Standard & Poors raised the city’s bond rating from AA to AA+ in 2010 and raised it again in 2013 to AAA. Winchester is one of only 10 cities in Virginia with the AAA rating. 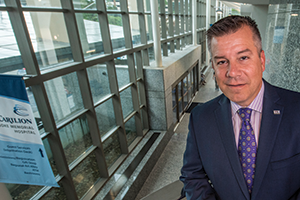 Don Halliwill, CFO of Roanoke-based Carilion Clinic health system, says that finding talent — from clinicians to finance professionals and nearly every category in between — is getting more difficult.

People with high demand skills, he says, are more mobile than ever.  “People now feel comfortable going anywhere” at nearly any time, he says. Carilion, which operates eight nonprofit hospitals, has annual revenue of $1.5 billion. With 11,700 employees, the health system is the largest private employer in western Virginia.

Halliwill says Carilion works hard to retain employees.  “We’re trying to create a different environment, more free flowing [so] you don’t work in the same area for 10 years,” he says.

For health care in general, Halliwill believes the biggest challenge can be simply put: finding ways to spend less money while achieving better outcomes. He says physician leadership in health care is critical.

Revamping nonprofit
While other CFOs cite finding skilled workers as a one of their biggest challenges, Jim O’Brien says his major task was helping his small nonprofit organization revamp and stabilize.

O’Brien, a retired Air Force colonel, joined the 380,000-member Military Officers Association of America in 2010. The Alexandria-based association, he says, struggled after the recession, with volatile swings in its revenues.

O’Brien — who credits a team approach to problem solving — points to several changes that helped the organization.

It created a subsidiary group, Voices for American Troops, a social welfare organization. Open to people who did not qualify for association membership, the group assists in the association’s advocacy efforts.

The association also works to engage entry-level members, helping to reverse a long decline in overall membership. In addition, the nonprofit started the Military Family Initiative to generate support for the association’s philanthropic endeavors focused on the general military community.

“We created a culture of pursuing ideas and opportunities and getting away from the spreadsheets,” O’Brien says. 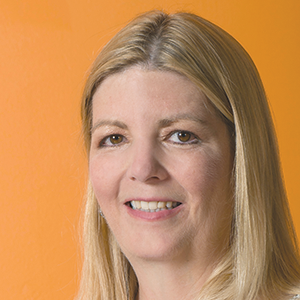 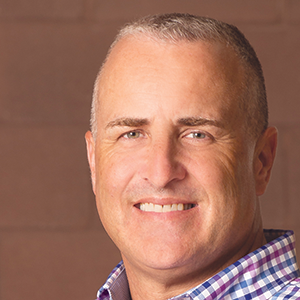 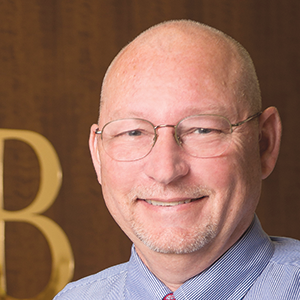 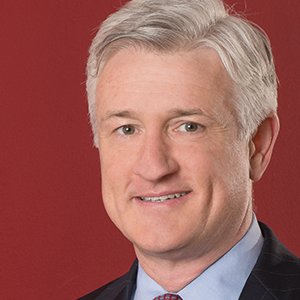 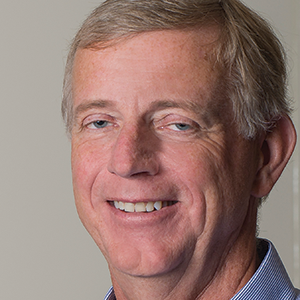