Startups and entrepreneurship news for September 2022

Reston-based Frolick, which delivers chef-prepared meals for under $15, has raised $1.8 million for a D.C.-area expansion, with plans to expand to additional cities in the future. Frolick was launched in December 2021 by Jipy Mohanty, a former executive at Delivery Hero, one of the largest food delivery services in Europe. Mohanty said that he was frustrated by the lack of choices, high costs and lack of nutrition with many delivery meals — and that his research confirmed that many felt the same. Delivery Hero, Philadelphia-based home delivery company Gopuff and airline catering company GateGroup are among Frolick’s new investors. (WTOP News)

This year, 258 Virginia companies made the Inc. 5000 list of the nation’s 5,000 fastest-growing privately held companies, released Aug. 16 by Inc. magazine. Coming in at No. 20 overall, Summit Human Capital was the top-ranked Virginia company on the list. Founded in 2018, the Richmond-based information technology staffing firm serves commercial and government clients, specializing in the IT, health care, legal and logistics industries. Two other Virginia companies cracked the Inc. 5000’s top 100 this year: RP Professional Services, an Ashburn-based federal contractor; and Integrated Management Services LLC, an Alexandria-based, woman-owned management consulting firm and federal contractor. Virginia companies on this year’s list had a median growth rate of 192% over the past three years and brought in $19.6 billion in total revenue. (VirginiaBusiness.com)

On Aug. 15, Richmond-based tech company Naborforce, which connects older adults to a network of helpers for on-demand support and social engagement, announced the closing of a $9 million Series A financing round led by Translink Capital, a global venture capital firm headquartered in Silicon Valley, as well as investors Claritas Capital, The Artemis Fund and Techstars. Naborforce said it will use the financing to expand upon the tech platform, its team, and to open 18 markets over the next 18 to 24 months. (Richmond Times-Dispatch) 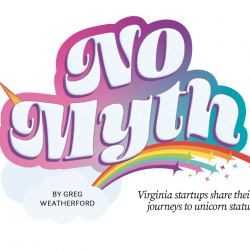 Virginia companies share their journeys from startups to unicorns 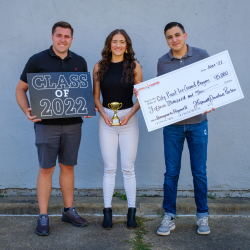 JMU student and alumni entrepreneurs get boost from program