January startups news from around the state

Blacksburg-based CytoRecovery, a biotech startup that invented and patented less invasive cell sorting, will be able to bring its cell research platform to market after a $250,000 investment from Danville-based entrepreneur development organization The Launch Place. Announced Dec. 1, 2022, the investment comes after CytoRecovery’s inaugural sale of its Cyto R1 platform to University of California, Irvine researchers in September. CytoRecovery CEO Stephen Turner said the company is reviewing establishing a branch office in Danville as well as a life science internship program with Danville Community College.
(Cardinal News)

Virginia has been approved for $230.4 million in federal funds to accelerate startups, the U.S. Department of Treasury announced Dec. 6, 2022. The money comes from Treasury’s State Small Business Credit Initiative. About $57 million will go to the Virginia Small Business Financing Authority to expand credit support and technical assistance to small businesses through the SSBCI program. The remaining $173 million will be allocated to the Virginia Innovation Partnership Corp., which will use the money to expand its current seed and early-stage direct coinvestment program for Virginia-based technology startups. (VirginiaBusiness.com)

Shift5 Inc., a cybersecurity company that focuses on protecting transportation and military systems from cyberattacks, is nearly doubling its space in Arlington. The company’s headcount grew 54% last year to 85 employees. The expansion comes as Shift5 has seen revenue more than double year-over-year and as the company is planning continued hiring. The new office space increased from 11,883 square feet to 19,840 square feet at 1100 Wilson Blvd. in Rosslyn. The office has desks for 80 workers; the company operates a flexible, hybrid team. (Washington Business Journal)

Five winners of the Southwest Virginia Regional Bristol Casino Pitch Contest, named Dec. 8, 2022, will each receive $10,000 and will also have the chance to become vendors at the Hard Rock Hotel and Casino in Bristol. The winners are: Anne Vaughan Designs (Floyd County); Beagle Ridge Herb Farm (Wythe County); The Orange Bandana (Montgomery County); The Pakalachian food truck (Washington County); and Virginia Mountain Vineyards (Botetourt County). The casino hosted a ceremony during which judges and community partners watched 3-minute pitch videos from applicants. The contest received 17 applications from 11 counties, and more than 1,300 members of the public weighed in during a one-week online voting period. Prizes were awarded with collaboration from the Virginia Small Business Administration, the Friends of Southwest Virginia, the Virginia Tourism Corp., the Virginia Highlands Small Business Incubator and the SWVA Small Business Development Center. (News release) 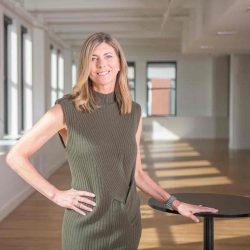 757 Angels will partner with VentureSouth 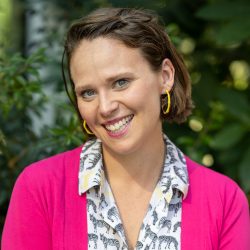 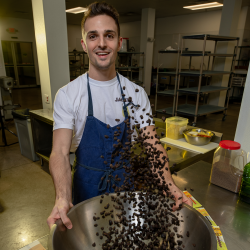