The E. Rhodes and Leona B. Carpenter Foundation is awarding Hampden-Sydney College a $4 million matching grant to fund scholarships.

The money will be used to create a endowment for need-based financial aid for academically qualified students.
Recipients of these scholarships will be known as Carpenter Scholars.

The foundation's grant will be paid in four annual $1 million installments. These payments are contingent on the college raising $4 million in cash for each $1 million of the foundation funds.

When the matching funds are combined with the foundation grant, Hampden-Sydney will have an additional $20 million in scholarship endowment by the end of March 2021.

This grant is part of a fundraising campaign aimed at increasing the school’s endowment to $200 million by the 2020-21 academic year.

The school’s endowment stood at $154.6 million in 2015, according to most recent U.S. News & World Report ranking of top colleges. Hampden-Sydney was No. 105 on the list.

Hampden-Sydney has a longstanding relationship with the Carpenter Foundation. Three residence halls at the College bear the name of E. Rhodes Carpenter, a 1929 graduate of the college who founded Carpenter Co. and later established the foundation.

The foundation’s support facilitated the construction of the residence halls, and a $1 million grant in 2012 helped create the Viar-Christ Center for the Arts in Brinkley Hall, a project that was completed this year. 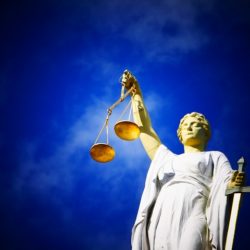