Home News Guardians of the treasury

How’s this for an anxiety recipe?

Oh, and the pandemic that started more than two years ago is still with us.

Can you imagine a tougher time to be a chief financial officer?

“No, I don’t think so,” says Pete Graham, CFO for PRA Group Inc., a debt-buying company headquartered in Norfolk. “It’s quite something. Any one of those things would be a challenge, but to put them all together …”

Today’s array of issues is unprecedented, says Graham — at least in the 30 years he’s spent working in the financial industry, with the past six at PRA Group. “Our business is more than 25 years old,” he says, “and we’ve never faced anything like this.”

Few have. In the past, CFOs mostly focused on the job’s traditional responsibilities: the numbers — balance sheets, expenses and revenues.

Not anymore. In today’s world, the formerly narrow lens of duties expected of a CFO has considerably widened.

“The bar is continually getting raised higher,” Graham says. “The numbers part of it is just table stakes — you need to be really good at that, but to succeed now you need to bring much more value to the company.”

In Graham’s case, one of his added responsibilities is information technology: “The CIO reports to me now.”

While a CFO’s job is tough and getting tougher, the median salary for a CFO in Virginia is $411,800, according to Salary.com, perhaps accounting for their expanded roles.

“Now some are having to be responsible for reporting how the company is doing in certain ESG [environmental, social and corporate governance] and DEI [diversity, equity and inclusion] areas,” she says. “They have to track their environmental footprint and some social issues. They need to worry about what the customer of the future is going to want and expect.”

Peters, who has led the VSCPA for 15 years, hears from many CFOs who also have personnel matters added to their plates.

“It’s all about people,” she says, “and that involves a variety of issues. Finding people is already hard — and finding finance people is particularly challenging. And it’s not only finding people, but dealing with the salary … [and] benefit issues, along with costs going up so much, and how are we taking care of people mentally?”

Peters also says the field of finance is rapidly transforming, forcing CFOs to stay ahead of the trends: “They’re really working on, ‘How can I shift this team away from doing the traditional work of looking at the past and starting to shift to looking at the future?’ To do that, you need to use technology, be digital-first, be data-driven, and you need people with the skill sets to do that.

“I hear people saying, ‘Oh, accounting is going to go away with automation.’ If only!”

Extra duties, combined with a tight labor market, put added pressure on CFOs, she says. But there’s an upside: “It’s making businesses think about how they are using technology, how they are getting work done, making them get creative and look at other options. You have to start thinking about what is the work you should be doing versus what is the work you are doing.”

Businesses are still feeling elements of a pandemic hangover, but many have solved — at least temporarily — the issue of whether to have staffers back in the office, working from home, or on a hybrid schedule. But for more than two years, staff location also has been a major burden placed on many CFOs.

“The title of CFO is mostly associated with the finance part of the business,” says Ana Gomes, controller for Wilbanks, Smith & Thomas Asset Management LLC, a wealth management firm in Norfolk. “Nowadays, the need to wear many different hats is crucial for a successful CFO. That can include technology oversight, strategic support and company culture advocate.”

In addition to their expanding roles, Peters says, some Virginia CFOs also are navigating global economic reverberations from Russia’s invasion of Ukraine, ranging from inflation and supply chain woes to recessionary worries and companies seeking to divest assets in Russia.

“There is so much going on,” she says. “We just came out of a global pandemic, and we’re still dealing with that on top of rapid changes in the economy, and now geopolitics. … It’s just another stress on top of the other stresses people are having.”

Luther Griffith, vice president for finance, operations and auxiliary enterprises at Sweet Briar College, a private women’s college in Amherst County, says adapting comes with the territory for CFOs: “Most CFOs deal in four time segments at once: auditing the prior year’s financial results, operating the current year’s business and finances, planning the budget and operating plan for next year, and updating a rolling five-year model.”

Historically speaking, he says, “This cycle was pretty routine — ‘rinse and repeat.’ Today, with the variations caused by the global pandemic, as well as economic, domestic political and geopolitical influences, the four segments can be vastly different. So, it’s much more challenging to manage and educate board members and administrators on the nuances.”

The elephant in the room

Of all the economic challenges out there for financial officers right now, one looms largest, however: the possibility of recession and the accompanying headaches it could bring. While no one knows for sure whether there will be a recession, Peters says simply, “Something’s coming.”

Nearly 70% of economists believe a recession will occur in 2023, according to a Financial Times survey. In late June, responding to the Federal Reserve’s 0.75% rate increase, Matthew Luzzetti, chief U.S. economist for Deutsche Bank, said, “We now expect an earlier and somewhat more severe recession.” Meanwhile, Goldman Sachs analysts rated the risk for recession higher than they had previously, now rating the chance of recession this year at 30% (up from 15%) and within two years at 50% (up from 35%).

“We now see recession risk as higher and more front-loaded,” they said, citing high inflation and energy prices. They downgraded their economic growth forecasts but aren’t predicting that the economy will shrink.

“One day the economic gurus will be right, and we will have a recession,” says Flax. “I have been preparing since I started here in 2016 to build a cash reserve. I maintain a running budget to monitor projected cash needs for the next 15 months.”

At Smith-Midland Corp., a precast concrete company in Midland, its CFO, AJ Krick, is among those preparing for the worst. “I don’t have a crystal ball, but the economic signs are pointing in that direction,” he says. In the meantime, Krick says he is “increasing the amount of cash kept on hand for future reinvestment, and a potential rainy day.”

Even if there won’t be a recession this time around, the future probably holds one, says P.J. Ross, CFO for Hitt Contracting Inc., a Falls Church-based commercial real estate construction firm.

“Recessions are an inevitable part of the U.S. economic cycle,” says Ross, “so we are going to see more expansions, contractions and recessions in our lifetimes. Knowing this, it’s important that we always plan ahead to ensure we are well-prepared to handle what’s next.

“Borrowing rates are still relatively low from a historical standpoint, but the supply chain is being stressed like I have never seen before. We’re putting extra emphasis on supplier diversity to ensure we maintain our project schedules and quality standards.”

Griffith, of Sweet Briar College, says a recession “would have revenue impact,” potentially on philanthropy, which would require the school to dip into its reserves. “As with many recessions, we confirm them in hindsight,” Griffith says, noting that even without a recession, inflation and supply-chain issues are having immediate effects on campus construction plans and the college’s endowment.

Not everyone is wringing their hands over the “R” word.

“I don’t think there will be a recession,” Gomes says. “The current labor market is robust, with low unemployment rates. Consumer balance sheets reflect savings built up during the pandemic, gains in the stock and housing markets.

“To a large extent, it all depends on the Fed’s ability to dampen inflation without diminishing growth — a task that becomes even more difficult with the uncertainties surrounding Ukraine, but not an impossible one.”

Cheryl Morris, financial manager for Salem Montessori School, says, “I think we will have a mild recession and we’ll see a restriction of luxury, nonessential purchases.”

Graham, who believes “it’s not a matter of if, but rather when a recession will begin,” says PRA Group is prepared, but not panicking.

“We see some consumers already experiencing financial stress caused by increased expenses and inflation rates, regardless of whether the recession has been formally declared,” he says. “But our business is somewhat countercyclical, so we anticipate more investment opportunity as credit metrics are impacted by recessionary forces.

“When it comes to preparation, our focus is twofold: We must ensure that we maintain a strong balance sheet with access to funding for investments, and that we maintain a highly trained and dedicated workforce, so we are equipped to partner with customers to help them on the pathway to financial recovery through these challenging times.” 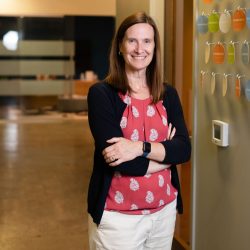 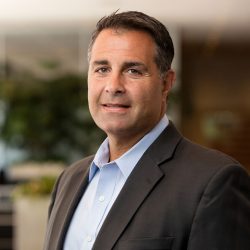