In recent years, as major department stores have faltered as a result of increased online shopping, the grocery store has grown in demand as an anchor tenant.

All across Virginia, higher-end grocery stores, including Kroger, Wegmans, Whole Foods and now Publix, are sought out as tenants in mixed-use projects. As a result, these supermarket chains are investing millions to open new stores and renovate old ones.

Not only do they help generate traffic at retail centers, grocery stores also haven’t been as hard hit by internet shopping as department stores have.

“They help develop shopping patterns, which also helps other merchants,” says Connie Jordan Nielsen, a senior vice president and retail specialist for Cushman & Wakefield | Thalhimer in Richmond. “Say the UPS store is next to a Kroger where a shopper goes three times as week, and they need something from UPS. Chances are they will stop at that one as opposed to someplace where the shopper might go every couple of months.”

From a development standpoint, grocery stores are a home run, agrees Carl F. Blackwell, a senior vice president with Commonwealth Commercial Partners in Henrico County. “They bring cars to the parking lot, and that’s what the other tenants want. “

Another reason grocery stores are seen as tenant drivers is they have not been as hard hit by digital shopping — at least not yet.

“A lot of retailers are being affected by internet shopping,” says Nielsen. “Although there are internet offerings for grocery products, it’s not as prevalent … The department stores, they’re being hit by that competition. “

“When landlords start investing in redeveloping or building new stores, they want tenants that will be around for the long haul. Grocery stores are seen as reliable. Lenders love grocers for these same reasons,” says Nielsen.

When it comes to digital shopping, some supermarkets are dipping their toes in the online water. Kroger recently began offering ClickList at some of its stores — a service the company continues to roll out.   For a fee, the service allows customers to order groceries online. Then they can drive to a store, pick up and pay for groceries, which are bagged and ready to go.

Wegmans, which has opened one store in Midlothian and will open a second in the Short Pump area of Henrico County on Aug. 7, offers digital coupons to Richmond- area shoppers who are members of the store’s Shoppers Club. Customers can visit the company’s website or use the Wegmans app to get coupons, which can be redeemed at checkout with a club card, the store app or phone number.

The newest player to enter the already crowded Richmond grocery store market as a potential anchor tenant is Publix, a Florida-based, high-end supermarket chain. It announced late Wednesday that it’s buying 10 Martin’s grocery stores. The deal is part of an agreement to pave the way for a merger between Ahold, a Dutch company that owns Martin’s, and the Delhaize Group, the Belgian parent company of Food Lion.  It’s contingent on the Federal Trade Commission’s approval and clearance of the merger.

The 10 stores will add to a Virginia footprint that Publix began building with a store currently in the works at the Nuckols Place Shopping Center in Henrico. “What Publix will mean to the market is a more variety in terms of a high-quality grocery buyer,” says Nielsen.

Among the 10 stores, it chose to buy are several considered to be anchors in local retail centers including in Carytown in Richmond, the West Park Shopping Center in the Shops at While Oak Village in Henrico and in the Village Shopping Center on Pump Road near Short Pump Town Center.

Publix plans to close the stores it is buying on a rolling schedule so it can renovate and overhaul them, before hiring new employees and reopening reopen them.   “Acquiring these 10 locations aligns with Publix’s aggressive growth plan for the commonwealth of Virginia,” Publix CEO and President Todd Jones said in a statement.

While Publix did not release figures on how much it expects to spend on the Virginia renovations, other chains such as Kroger already have spruced up their spaces.

Of the 63 stores Kroger operates in Virginia, 49 are anchor tenants.  According to Allison McGee, customer communications specialist for the company’s mid-Atlantic region headquarters in Roanoke, Kroger is projecting to spend about $230 million on stores and fuel centers in its major Virginia markets during 2016-18. That includes new stores, expansions and remodels.

In particular, the chain has been investing heavily in the Richmond and Hampton Roads markets.  Kroger entered Richmond in 2000, much like Publix did, with the acquisition of 10 Hannaford stores.

In Richmond, Kroger reports that it has spent $325 million from 2001 to 2016. This money was invested in 17 interior remodels, seven expansions, 12 new stores and the opening of 16 fuel centers. Overall, Kroger increased its store count from 10 to 18, including four of its larger Marketplace stores. It increased square footage in the area from 500,000 square feet to 1.4 million square feet.

Kroger also entered Hampton Roads in 2000 with the acquisition of 10 Hannaford stores.  From 2011 to 2016, McGee said the company invested $156 million in the area. This amount included four interior remodels, the opening of five new stores, four of which are Marketplace stores, including a new one in Chesapeake scheduled to open later this month.  The company also opened nine fuel centers.
It doubled its square footage to about 1 million square feet. 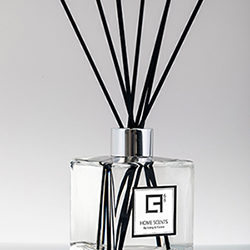 Located across from Henrico Doctors' Hospital, the Campbell Building is occupied primarily by health care tenants.