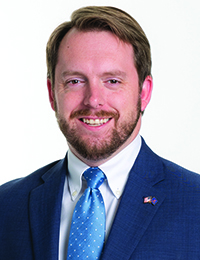 “Gentry Locke is now the only firm than can offer clients the capabilities of two former legislators, one Democrat and one Republican, a senior legislative and political staffer, and a former elected local government official,” said Gentry Locke Managing Partner Monica Monday in a statement. “Matt’s tremendous experience in state policy and strategic communications will be a great asset to our clients and Scott’s experience in local government will be key to supporting our clients’ needs at the local level.”

Cox was re-elected on Nov. 5 but will lose his position as speaker in the next General Assembly session, due to the Democrats taking majority control of the state legislature.