Goddard’s departure in May 2022 will come after 15 years at the helm of the 83-year-old organization, during which its name changed from Christian Children’s Fund to ChildFund International, reflecting the organization’s secular focus on charity work in Africa, Asia and the Americas, serving children and families in 24 countries. Its programs include initiatives around early childhood education, workforce training and disaster relief.

ChildFund’s board plans an international search for Goddard’s replacement, assisted by the Russell Reynolds search firm.

“It has been the honor of my life to serve ChildFund these last 15 years,” Goddard said in a statement. “I never imagined myself as a CEO — I just wanted to make a difference in the world. When I saw firsthand the terrible injustices so many children are born into, I knew I had found my passion, which ultimately led me to ChildFund, and I’m so grateful. It’s the right time for ChildFund to seek new leadership. Personally, I am excited to explore new avenues where I might continue contributing to helping children and communities thrive.”

Goddard is ChildFund’s eighth president and CEO, and she previously served in leadership roles at CARE, an Atlanta-based nonprofit championing the rights of women and girls. She also served in Kenya for two years as a Peace Corps volunteer at the start of her career and holds degrees from Assumption College in Worcester, Massachusetts, and the University of North Carolina.

ChildFund is one of Virginia’s largest nonprofits, with cumulative gross receipts of $207 million.

Virginia Business Deputy Editor Kate Andrews worked at ChildFund International as a writer from 2012 to 2017. 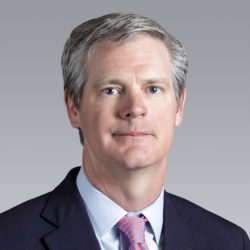