High achievers all, these Virginians are striving in their fields and communities, moving the needle for growth and progress. 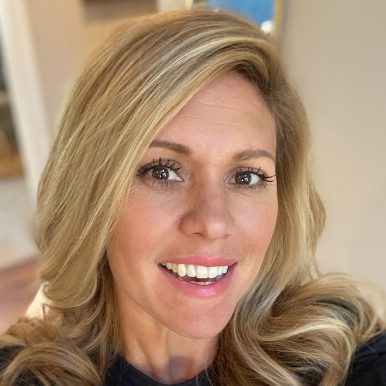 Ally Bowersock discovered as a child that physical activity was a good outlet for stress and for confidence-building, and she celebrated her 40th birthday in October by running a solo marathon — her 10th — around Roanoke.

Bowersock was the health and exercise science program director at the Jefferson College of Health Sciences when it became Radford University Carilion in 2019. Facing a long commute, and with two small children, she left. A certified personal trainer, she’s also an adjunct faculty member at Virginia Tech Carilion School of Medicine, where she teaches medical students about prescribing exercise as an alternative to surgical or pharmaceutical intervention. She also co-owns the Roanoke location of RunAbout Sports. A Facebook group she started to help people train for the Blue Ridge Marathon now has more than 1,000 members. Bowersock wants to spread the message that “it’s never too late” to start focusing on fitness. 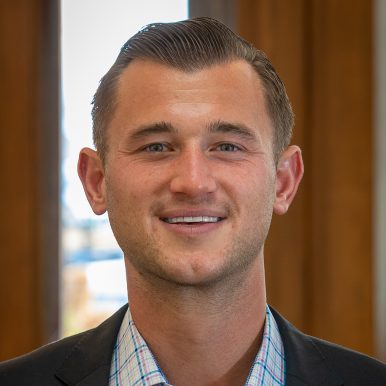 Glenn Diersen says his company has the power to help change lives.

Founded in 2018, Summit Human Capital has placed more than 460 technology workers into jobs with about 40 clients, including commercial industries and federal, state and local governments. The company was the top-ranked Virginia firm on the Inc. 5000 list of most successful companies in 2022; it ranked No. 20 on the list and was and was ranked No. 1 for the Mid-Atlantic, with more than 14,413% growth during the past three years. Diersen sees that as a sign that his company could be a force for improving communities by improving someone’s career prospects.

“We’re changing families’ lives, because you can’t provide for your family without your livelihood,” says Diersen, who has his sights on expanding into the Southeast and Midwest. 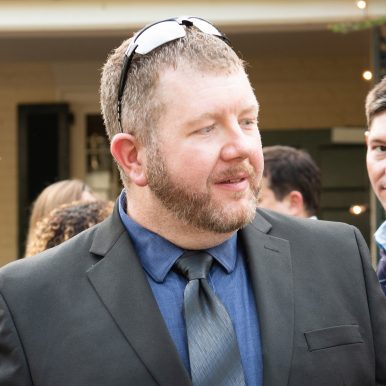 Jason Gilmore works with two other managers to make sure the Park Dance Club, one of the older LGBTQ clubs on the East Coast, stays relevant. “If you don’t evolve with the times, then you can’t survive,” he says.

Roanoke Pride has owned the club since 2015, when a former owner donated it to the gay advocacy nonprofit. The club’s management team works continuously to update the property, according to Gilmore. The Park hosts regular special events, including drag brunches as well as three Gay United States Pageants each year.

In addition to his work helping with the club, Gilmore serves as the longtime president of Roanoke Pride, which organizes several events each year including the annual Roanoke Pride Festival.

If you want to see what Whitteney Guyton is about, hit up her TikTok (@Whitteneylynn). There, she answers questions for other aspiring business owners, talks about building wealth and captures moments with her wife, their five kids and pets. (That toy box is not a bed, Cappuccino!) The channel is a reflection of the constant juggling act Guyton lives every day. She’s the CEO of Synergy Health Systems, which oversees businesses offering everything from counseling to a pharmacy. In 2021, Guyton founded We Buy the Block, a real estate investment group. She also co-owns 1865 Brewing Co. and has plans for even more endeavors. “If it interests me,” she says, “I’m going to learn it and then I’m going to do it.” 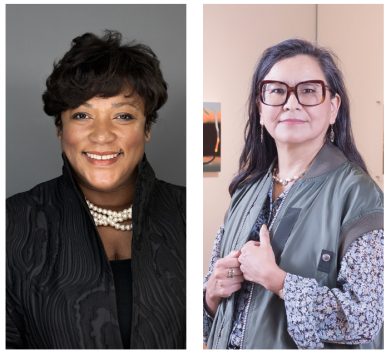 Among the new trustees on Virginia MOCA’s board are Norfolk restaurateur Vivian Montano and Latisha James, executive vice president of operations and external affairs at the Urban League of Hampton Roads. Both came to Virginia from elsewhere — James from Cleveland, and Montano from La Paz, Bolivia — but have integrated themselves into the fabric of Hampton Roads. Montano co-owns the Bolivian-Mexican restaurant Luna Maya with her sister and fundraised for Dos Santos, a food pantry serving immigrants on the Eastern Shore. She hopes to work with her fellow restaurateurs to bring greater awareness of the needs of agricultural workers, and James is instrumental in the Urban League’s community outreach in education, employment, financial counseling, health and housing. She also has broad experience with corporate social responsibility. At MOCA, a non collecting institution, Montano serves on the museum’s exhibitions and diversity, equity and inclusion committees. 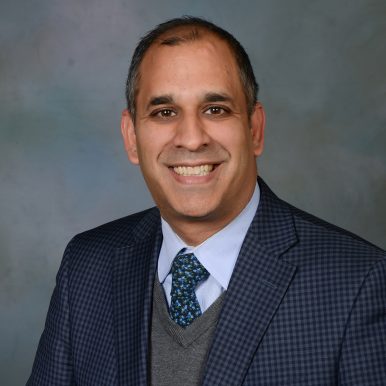 A surgeon, Dr. Babur Lateef runs a two-office ophthalmology practice with about 15 employees and serves as a consultant to local hospitals, but outside work, he serves on the Prince William County Public Schools board and University of Virginia Board of Visitors. The service aligns with his interests: “I really do believe … one of America’s greatest strengths is our public education system,” of which he is a product, he says, adding that his four children attend the county’s public schools. Lateef chairs U.Va.’s health system board and was the first Asian American to serve on the university’s board of visitors. He’s proud that PWCS stayed open through the pandemic and proud of the system’s steps to catch students up. In 2023, he’ll be running for school board reelection. 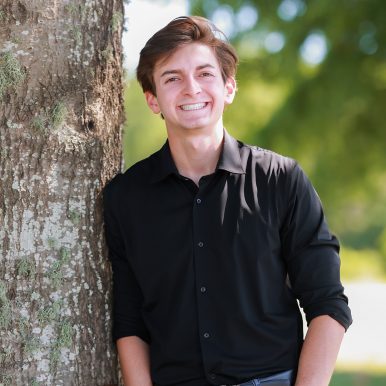 Since the founding of Virginia Beach’s King Neptune Festival in 1974, organizers have selected members of the community to play characters in the festival’s Royal Court. Traditionally, adult men played the roles of King Neptune and his Tritons while high school girls served as festival princesses.

Feeling the practice smacked of sexism, Evan Nied applied to join the court. Organizers initially rejected his candidacy but then relented, allowing him to be a prince in the 2021 festival.

Now a freshman at the University of Virginia, Nied also made headlines in June when he received a Diller Teen Tikkun Olam Award for his work founding Planting Shade, a nonprofit that encourages young people to plant trees. 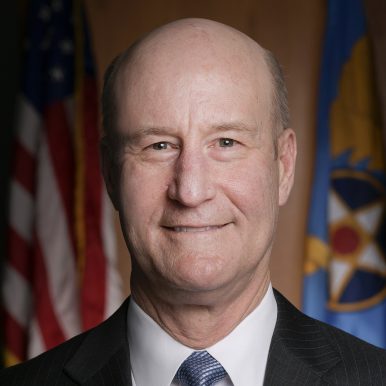 Retired Air Force Maj. Gen. Douglas Raaberg set the world record for the B-1’s fastest nonstop flight around the globe with refueling, earning himself and his crew the 1995 McKay Trophy. In 2008, Raaberg was deputy combined Air Force component commander for U.S. Central Command, responsible for air operations’ command and control in support of Multi-National Force – Iraq and the International Security Assistance Force. He commanded the only B-2 stealth bomber wing during Operation Iraqi Freedom. In 2010, Raaberg became a director and campaign lead within Northrop Grumman Corp.’s Aerospace Systems sector. Three years later, he was named Northrop Grumman’s chief executive in the United Arab Emirates, where he integrated a $500 million portfolio of four corporate sectors. He joined AFA in 2019. 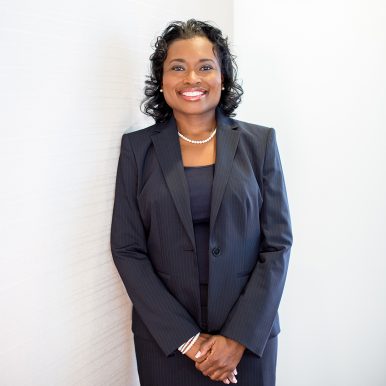 Fran Randall’s career has taken her from her native Richmond multiple times, landing her in North Carolina, Northern Virginia and Washington, D.C., but she never truly left
behind her hometown.

As of October, Randall is the region’s face for the top 10 accounting firm formed by this year’s merger of Dixon Hughes Goodman LLP and BKD CPAs & Advisors. She joined DHG in 2019 and specializes in international tax.

“I’ve always been in the community, but it’s now really reacquainting myself with other leaders and other organizations,” she says.

Randall has a bachelor’s degree in accounting and a master’s degree in taxation from Virginia Commonwealth University. She is a board member for Partnership for the Future, a Henrico County nonprofit helping underprivileged children in the Richmond region reach higher educational goals. 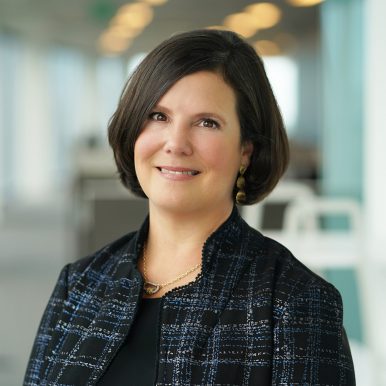 Carter M. Reid’s first board service, about 15 years ago with the Richmond SPCA, opened her eyes to the needs of her community. Service with several other organizations subsequently followed.

Reid’s passionate about diversity, equity and inclusion and was the first executive sponsor of a women’s employee resource group at Dominion, where she oversees the Fortune 500 utility’s administrative groups, including human resources, which spearheads Dominion’s DEI efforts. This year, Reid was honored in the Richmond YWCA’s 42nd annual Outstanding Women Awards. “I hope it’s because I try to be a visible advocate for women and others in our community, both in the company and out in the community and hopefully can continue to inspire others to do the same,” she says. 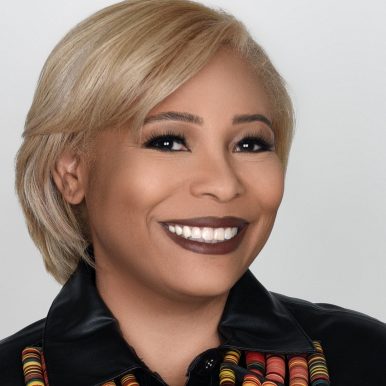 When Kishau Rogers graduated from Lynchburg’s E.C. Glass High School in 1990, she didn’t own a computer, she says, “but I knew about computers, and I was really interested in creating systems to solve problems.”

That’s just what she’s done. With years of experience in computer science and technology entrepreneurship under her belt, Rogers in 2017 founded Time Study, “a software platform that enables health care executives to understand how people spend their time and the impact that has on the workforce as well as the organization.” By this winter, Rogers expects Time Study will be used by more than 150 health care organizations.

In her free time, Rogers enjoys traveling. “I think I’ve visited every continent so far with the exception of Asia,” she says. 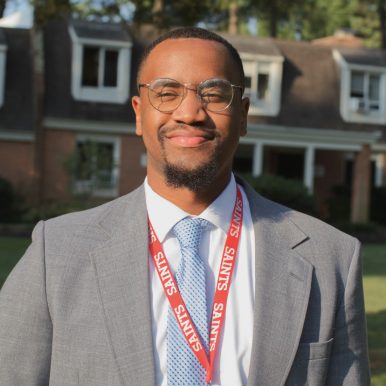 In March, University of Richmond Spider Nick Sherod became the third generation of his family to play in the NCAA men’s basketball tournament, where the team upset the fifth-seeded Iowa Hawkeyes. Now, Sherod is an English teacher at his Richmond alma mater, St. Christopher’s School, as well as an assistant coach for the ninth-grade boys’ basketball team. Sherod had a long road to the Big Dance. He recovered from an ACL injury and, like other players, received an extra year of playing eligibility after the 2019-20 season was cut short due to COVID-19. “That was probably our best team,” Sherod recalls of the truncated season. However, he notes, the 2021-22 season’s success helped “release some of the pain from that ending.” 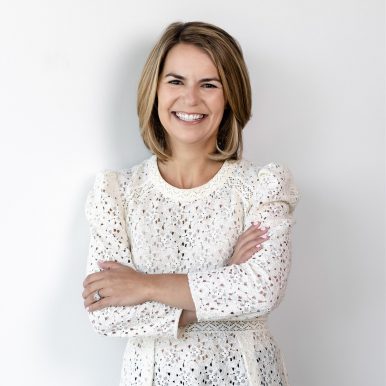 Lauren Sweeney climbed corporate heights this year as her ad agency (founded in 2014) landed in October at No. 22 on Adweek’s 2022 list of the 75 fastest-growing U.S. agencies. And she also literally scaled the heights of Utah’s Snowbasin Resort 13 times in August as part of the “Everesting challenge,” an event held over 36 hours at multiple ski resorts, re-creating the 29,029-foot height of Mount Everest. That feat was the culmination of Sweeney’s “year of adventure,” the Richmond native says. For 2023, she plans to expand her company’s social media capabilities for clients. “We are really focused right now on how we continue to improve, how we’re able to offer storytelling beyond the brand.”