“Over the last three decades, I have joined with many to build upon the efforts of countless, often unsung, past leaders to help improve the lives and build opportunities in our region, especially in underserved communities,” Bland said in a statement. “To be personally recognized for these efforts is not just a salute to my endeavors, but rather a recognition of the importance of the need for a strong inclusive community and workforce.”

Established in 2005, the Darden Award for Regional Leadership is named for Civic Leadership Institute’s founder emeritus, the late Joshua P. Darden Jr. The award recognizes an individual whose contributions and service have had significant impact in Hampton Roads. This year’s ceremony is scheduled for Nov. 16 in Norfolk.

Also chairman of The Giljoy Group, Bland has owned and operated fast food restaurants for more than 30 years, primarily as a franchisee of Burger King and Pizza Hut. He has owned, constructed and operated more than 70 restaurants in Virginia, North Carolina, Pennsylvania and Washington, D.C., and employs more than 2,000 people annually.

Bland serves on the boards of Sentara Healthcare, the Virginia Museum of Fine Arts, Virginia Learns, the National Community Reinvestment Coalition, RVA757 Connects, Reinvent Hampton Roads, Elevate Early Education, and the Center for Excellence in Education. He also serves on the Virginia Chamber of Commerce’s executive committee and Truist Bank’s National Community Advisory Board. Bland is board chairman and president of Healthy Neighborhood Enterprises.

Bland holds an honorary degree from Longwood University. In 2021, he was inducted into the Hampton Roads Business Hall of Fame, and Volunteer Hampton Roads presented him with a lifetime achievement award for volunteerism. 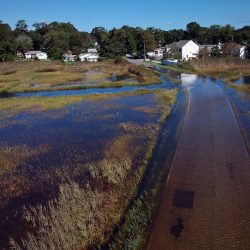 RISE challenge winners could receive up to $300,000 each