Home News Industries Education Getting down to business

Getting down to business

In the late 1990s, Jennifer E. Clift was working as a secretary when her supervisor encouraged her to continue her education. She began taking business classes at the University of Mary Washington in Fredericksburg.

“I wasn’t in a settled place,” she says. “I was not a traditional student. I was working full time, plus pretty much going to school full time. I was a young mother. For a while, I was arriving at 8 a.m. for classes, then I went to work, then I went back to school in the evening.”

UMW’s professors, she says, were very understanding of her needs and “so encouraging and supporting. They were not going to let me give up.”

These days, Clift, who graduated from UMW in 2000 with a business administration degree, is senior scientific technical manager and chief technology officer for the Naval Surface Warfare Center Dahlgren Division in King George County. She holds a master’s degree in engineering systems from the Naval Postgraduate School and is pursuing a doctorate in engineering at George Washington University.

In the years since Clift graduated, the university’s business education program has advanced as well. Though Mary Washington has been offering business studies for the last 100 years, its College of Business was not established until 2010.

“It’s a startup and a growth story in and of itself,” says Brian Baker, executive director of the business college’s Center for Economic Development (CED), which focuses on topics such as entrepreneurship, small business development and innovation and competitiveness.

UMW’s College of Business, he says, grew out of “a vision for discovering how the university could better engage with the broader community.”

Founded in 1908 as a normal school, or an institution for training teachers, the University of Mary Washington has a long history of teaching business and related subjects.

In 1919, at the direction of a state education board, the Fredericksburg campus began specializing in teaching “commercial” subjects. It graduated its first business teacher in 1924, the same year that commercial courses were offered in the evening to “interested townspeople.”

Over the next century, business education at the university evolved to meet the changing needs of both students and the community, school officials say.

Provost Tim O’Donnell says one reason the College of Business was established “was because our alums told us we weren’t doing enough to prepare them. Work is different now, more competitive.”

Students “need to learn to talk in the language of employers. They need to be real-world problem solvers,” says O’Donnell, who became UMW’s permanent provost in June 2022.

He praises the strong relationships that the College of Business has built with the local business community through the CED and the college’s Center for Business Research (CBR), which researches topics including issues impacting the Fredericksburg region’s economy.

“Faculty often are doing research projects in cooperation with Fredericksburg Regional Alliance,” O’Donnell says. For example, a CBR project for the alliance and the Fredericksburg Chamber of Commerce assessed the growth and decline of jobs across industry sectors in the region over a 10-year period.

The CBR, which is headed up by David Henderson, an associate professor of accounting, also has conducted a study on the demographics of commuters living in the Fredericksburg region and an analysis of the costs imposed on commuters by area traffic congestion on Interstate 95.

“Everything we have added has made sense from an entrepreneurial perspective,” says Baker, the CED’s executive director.

StartUpUMW is designed to teach students how to start and run a business. Students have access to research databases, business consultants and office space to grow their own business ideas. They’re given tools to write their business plan and guidance from the CED team. Students can receive an experiential learning credit or internship experience for participating.

UMW’s College of Business has helped place 776 interns into the community workforce over the last five years, with 223 of those interns coming directly from the CED through initiatives like StartUpUMW.

“Those interns are doing some pretty heavy lifting in the areas of accounting, marketing, sports management, strategic planning and business analytics,” Baker  says. For example, several years ago, Baker and a team of students partnered with the Stafford Regional Airport to produce a written strategic marketing plan. The process included hands-on work with the Stafford Regional Airport Authority.

Taking part in StartUpUMW, “students will understand the process of preparing an idea to go to market. They will be able to do it forever. It’s like riding a bike, but it’s a tough bike to ride,” Baker says.

Through the various College of Business programs, “students benefit, faculty, businesses, the community — everybody benefits in some way. They synthesize together well,” Baker says.

The CED is also home to the U.S. Small Administration’s regional Small Business Development Center (SBDC), which serves the greater Fredericksburg area, the Northern Neck and the Middle Peninsula. This SBDC served 2,436 business clients over the past five years and “4,587 jobs have been created and retained” by those clients, says Baker, who started at UMW in 2002 as executive director of the SBDC’s forerunner. The center has also provided management education to 2,467 entrepreneurs in the region.

Recognizing that a large part of the business conducted in the Fredericksburg area is driven by federal contracting, the SBDC hosts one-on-one personalized government contracting assistance consultations with advisers from the Virginia Department of Business Assistance and the Central Virginia Procurement Technical Assistance Center.

The university has a strong partnership with one of the biggest employers in the area, the Naval Surface Warfare Center, notes O’Donnell. “We were tasked about a dozen years ago to build an education center for on-base individuals,” he says. Today, UMW’s Dahlgren Campus delivers science- and engineering-focused postgraduate courses taught locally and via distance learning from Virginia’s state universities. The campus hosts a broad spectrum of training events for the Navy, local government and private industry.

Nehemia Abel, who graduated from UMW’s College of Business in 2020 with a bachelor’s degree in marketing, says students benefit from the college’s emphasis on internships and hands-on projects. During his senior year, Abel collaborated with a team of classmates to assist an environmental and education research center with communications, marketing, business development and operations services.

Abel says he continues to benefit from lessons he learned about critical thinking and project management from UMW’s College of Business. He’s especially glad that the business college placed an emphasis on writing, noting that it’s a skill that comes in handy for the many policy memos, reports and case studies he produces.

As a UMW undergraduate, Abel, a Burundian refugee born in Tanzania, was involved with UMW’s James Farmer Multicultural Center, which promotes awareness and knowledge of diversity issues. He also co-founded an organization to assist Burundian refugees in the Fredericksburg region pursuing higher education and preparing for the workplace. The university honored him with its 2019-20 Citizenship Award for Diversity Leadership. Since graduation, he has remained involved in promoting diversity and mentoring students at UMW. “When I go back,” he says, “I try to make sure those students are taken care of and have a voice.”

UMW’s business teachings also made a difference in Jennifer Clift’s career at the Naval Surface Warfare Center, she says.

“I work in a science and engineering organization, where there’s a lot of technical work. I’m unique at Dahlgren. A lot of scientists and engineers don’t have a business background,” she says. “I got a strong foundation with the business lessons at Mary Washington. The path that I took has been very beneficial. It’s allowed me to look at things differently.”

In particular, Clift recalls her senior capstone program. Students were tasked with profiling a business, and she chose Southwest Airlines Co.  “I interviewed the businessmen and women there about what made their business successful. It was very hands-on,” she recalls. “Getting students out of the classroom is extremely beneficial. … I remember a lot of the things I learned 20 years ago.”

Last October, Clift was inducted into the UMW College of Business Hall of Fame. “An innovator and technology expert,” the college said in recognizing Clift, “she drives advancement of [Naval Surface Warfare Center Dahlgren Division’s] technical capabilities through investments, partnerships and education, including academic partnering.”

In helping the Naval Surface Warfare Center Dahlgren Division forge partnerships with UMW, Clift, not surprisingly, says, “I started at the College of Business,” but she’s also helped established partnerships with UMW’s College of Education and College of Arts and Sciences. Last October, the NSWCDD sponsored its second robotics competition for high school students, in partnership with the university.

“It’s a well-integrated university,” says Clift, who also stays involved with UMW through efforts such as sharing her career experiences with women business students. “It’s not a stovepiped organization. We bring in everybody’s perspective.”

University of Mary Washington At a Glance

Established by the state government in 1908 as an all-women’s school to train teachers, Mary Washington, which was named after the mother of the nation’s first president, is a public liberal arts university. From 1944 to 1972, it functioned as the women’s college of the University of Virginia, becoming co-ed in the early 1970s and reorganizing as an independent college, later becoming a university in 2004. UMW’s College of Business was founded in 2010.

UMW’s 176-acre Fredericksburg flagship campus is set in a mostly residential, historic part of the city that was the site of the 1862 Civil War Battle of Fredericksburg. The self-contained, brick-lined campus is within walking distance of downtown Fredericksburg and the Rappahannock River. In recent years, the university has expanded to campuses in Stafford County, which includes graduate-level and adult degree programs, and Dahlgren, which offers continuing education and professional development courses for the region’s engineers, scientists and administrative professionals. 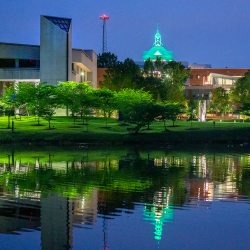 Directory of business schools in Virginia 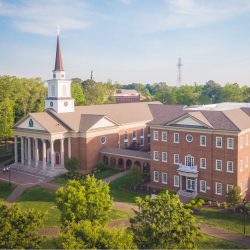 The Royals of Regent