Novakovic has served as chairman and CEO of General Dynamics since 2013. She joined the company in 2001 and has held roles including president and chief operating officer and executive vice president for marine systems. Novakovic also serves on the boards of Abbott Laboratories, Northwestern University, the Center for Strategic and International Studies, the Congressional Medal of Honor Foundation and the National Military Family Association.

“Phebe Novakovic is one of the most respected executives in business today, whose deep knowledge and leadership in the defense and intelligence communities, technology and cyber will add tremendous value to our company as we navigate a rapidly changing environment,” Jamie Dimon, JPMorgan Chase chairman and CEO, said in a statement.

Last year, Forbes ranked Novakovic as No. 24 on its World’s Most Powerful Women list. The former CIA officer leads one of the world’s largest aeronautical and defense companies, with 104,600 employees — 10,500 of whom are based in Virginia. She was the third-highest earner for CEOs in Virginia last year, with $17.8 million in compensation.

JPMorgan Chase is one of the largest global financial services firms reporting $118.7 billion in revenue this year.

“I am excited to join this talented board and group of leaders at JPMorgan Chase who have helped the company become one of the most successful in the world today,” Novakovic said in a statement. “The firm continues to make significant investments to better serve and protect its customers, clients and communities, and I look forward to bringing my experience to help it become even stronger.” 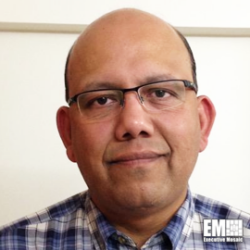