Virginia steps up to the plate to draw tourists with sports events.

History has traditionally drawn tourists to Virginia along with the state’s mountains and beaches. These days, fast-pitch softball and Frisbee competitions are filling bleachers and hotel rooms, with sports tourism a fast-growing sector of the tourism market in Virginia and across the country.

In 2015, the National Association of Sports Commissions (NASC) estimated that visitor spending associated with sporting events was $9.4 billion nationally, a 5 percent increase from $8.9 billion the year before and part of a steady growth pattern of at least six years. Such muscular statistics have not gone unnoticed in Virginia, where cities and counties have been busy trying to make themselves into major players in this market.

“In Virginia, I can’t name a city that isn’t looking at taking advantage of the growth in sports tourism,” says Dev Pathik, founder and CEO of The Sports Facilities Advisory/The Sports Facilities Management. The Florida-based company specializes in developing and running recreational assets, including a number of public and private venues in the commonwealth.

Youth and amateur contests
Virginia has a deep bench of jurisdictions that attract sports tourism, says Joni Johnson, the Virginia Tourism Corp’s national sales manager, domestic sales. Virginia Beach, Salem, Roanoke, Hampton and Norfolk, as well as Stafford, Fairfax and Loudoun counties have all stepped up to the plate. Promoting sports, primarily youth and amateur competitions in activities as diverse as ultimate Frisbee, bowling, basketball and fencing, has been an economic winner for them, says Johnson, because these events draw people who spend money. 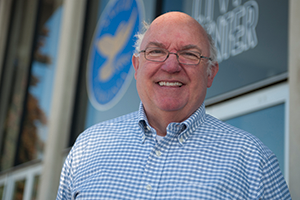 Salem is a prime example. It hosts both the NCAA Division III National Football Championship and the Division III Men’s Basketball championship. It also has been home to women’s soccer and softball championships along with volleyball and baseball tourneys. In 2015, a fast-pitch tournament there generated 8,900 hotel nights in seven days, says Carey Harveycutter, the city’s director of tourism. That represented nearly half of the 19,000 hotel nights Salem logged that year and about $20 million in revenue generated by hotel, food and transportation taxes.

Like many other jurisdictions, Salem is looking to upgrade its facilities. Harveycutter says a feasibility study for a new basketball and volleyball indoor venue is in progress. “Everyone wants to be in sports marketing,” explains John P. Shaner, director of Salem’s Parks and Recreation Department. “Everyone is building facilities.”

The NASC reports that 40 percent of the jurisdictions it surveyed in 2015 said that they had facilities under development, and 75 percent reported recently completing renovations.
Loudoun County is working with George Washington University on a study about the feasibility of a new sports complex, says Jennifer Sigal, media relations manager for Visit Loudoun.

Stafford County already has taken the plunge on a major investment. To stay on top of the competition, it has upgraded Embrey Mill Park, adding a $12 million swim center, two turf fields and four synthetic fields, with two more synthetic fields planned. The intention was not only to serve residents, but to attract more competitions, and it has had the desired effect.

During Columbus Day weekend, 169 teams participated in a three-day youth soccer tournament at the park and at other county sites. Lisa M. Logan, tourism manager for Stafford County Economic Development and Tourism, estimates that each team represents 45 to 50 people, with 1.5 to two spectators per athlete.  Thanks to its facility expansion, the county also recently won the right to host the 2017-18 U.S. Youth Soccer National Championship Series. 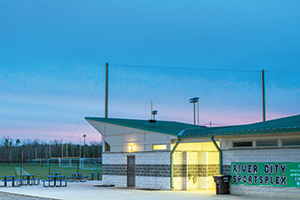 Chesterfield County is poised to make a large investment, too. At press time it was in the final stages of approving a deal that allows the county to acquire the River City Sportsplex for $5.5 million. The 12-field, 115-acre facility is expected to augment the $1.4 million in annual tax revenues the county already earns from sports tourism, but it needs more than $4 million in site improvements.

Lynchburg is still another locality that has come off the sidelines to join the pursuit of sports tourism dollars. Johnson says it teamed with Liberty University to co-host the Commonwealth Games last April, which attracted about 10,000 athletes of all ages and skill levels. Furthermore, the partners will host the event for four more years. In 2019, Lynchburg and Liberty additionally will be the site of the State Games of America, an Olympic-style competition expected to draw 14,000 to 15,000 athletes.

Pathik says sports tourism has proven uniquely desirable for several reasons.  First, it brings in visitors who otherwise wouldn’t travel. Even better, it is “recession resistant.” Parents may forgo a weekend getaway for themselves when the budget is tight, he says, yet they rarely stint on their children’s recreational opportunities. Thus, when other forms of travel took a hit during the last economic downturn, travel linked to youth sports continued to thrive.

Dead times no more
Thanksgiving and Independence Day are traditionally dead periods, she explains, but not anymore. In 2016 and through 2019, the River City Sportsplex is hosting the Shooting Star Field Hockey Tournament, which attracts college recruiters. Last July 4, the Greater Richmond Convention Center hosted the USA Taekwondo National Championships, and next year it has booked the Teen Masters Bowling National Championships.

Still another attraction of sports tourism is its ability to spur economic development. More spending takes place outside the sporting venues than at the events themselves, Pathik says, because athletes and their family need to sleep, eat and be entertained off the field or court.

All these pluses have made amateur athletics, especially youth sports, into the power forward of sports tourism in the commonwealth. Outdoor and adventure sports, such as hiking and horseback riding, make up the next largest segment of the market, Pathik says, while the role of professional sports, so far, has been relatively minor. The potential is there, however.

In 2015, the UCI Road World Championships had a $161 million impact on the Richmond area. If a Redskins stadium ends up being located in Northern Virginia, Eric Terry is sure that the region’s economy would get an economic boost.

“Look at what the Dallas Cowboys did for Arlington, Texas,” says Terry, president of the Virginia Restaurant, Lodging and Travel Association.  “I have not seen a stadium built anywhere that didn’t have a big impact on hotels and a very, very big impact on restaurants. And not just for the limited number of games.”

Even without the Redskins, sports tourism has been a home run for Virginia. The challenge for the commonwealth now will be to keep finding ways to run up the score.