Taylor Franklin previously served as the firms’ chief operating officer and Wendell Franklin served as CEO for the past decade.

The Franklins, Steve Cooper and Tom Johnston left Norfolk real estate firm S.L. Nusbaum in 2013 to co-found The Franklin Johnston Group. As chairman, Wendell Franklin will be less involved in day-to-day decision making and instead will seek to leverage his institutional and industry knowledge to facilitate dialogue and perspective around the company’s short- and long-term goals, Taylor Franklin told Virginia Business.

As COO, Taylor Franklin oversaw company operations, new business and partnership acquisitions and new development opportunities. The firm had nearly 500 employees in Virginia in 2022 and nearly 600 across seven states. As CEO, Taylor Franklin will continue to focus on building the company’s brand, team, culture and strategic initiatives for all aspects of  TFJG’s management and development business. The firm will not name a new COO, but Taylor Franklin said the move “will give TFJG the opportunity to continue to build upon our development footprint throughout the commonwealth and management presence up and down the East Coast.”

Last year, Taylor Franklin was tapped as the youngest King Neptune in the 48-year history of Virginia Beach’s Neptune Festival. He also serves as vice chair of Norfolk Collegiate’s board of trustees and as a trustee for his alma mater, Virginia Wesleyan University. He is assistant secretary of the Virginia Beach Development Authority and is chairman and president of the Chesapeake Bay Wine Classic Foundation. 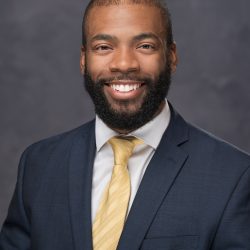