Former state finance and transportation secretary Aubrey L. Layne Jr. has been named chair of the Virginia Port Authority’s Board of Commissioners, the Port of Virginia’s administrative body announced Wednesday.

Layne is a veteran of Virginia government, having served as secretary of finance under Gov. Ralph Northam and secretary of transportation under Gov. Terry McAuliffe. He currently serves as senior vice president and chief of staff for Sentara Healthcare and was appointed to a five-year term on VPA’s board in July 2021.

Port of Virginia spokesperson Joe Harris said Layne was named chairman during the board’s July 12 meeting. He replaces John Milliken, who joined the board in 2002 and has served on it intermittently, becoming chairman in 2014. Milliken led the board’s hiring search to replace former port authority CEO John Reinhart; Stephen A. Edwards became the authority’s CEO and executive director in January 2021.

“His leadership is going to be invaluable because of his experience in this port and his wider understanding of an integrated transportation system and its benefits to the state,” Edwards said in a statement. “Equally important is knowledge he gained from working under two governors and the relationships he developed in Richmond during that time. This is an important moment for the Port of Virginia, and a forward-thinking board with strong leadership is going to be vital in our success.”

Layne takes over as the port is investing $1.4 billion to continue a modernization and growth campaign aimed at generating more business and to accommodate trade shifts to the East Coast. During his time as transportation secretary, the port invested more than $800 million to modernize and expand its two primary container terminals, Norfolk International Terminals and Virginia International Gateway.

The VPA also announced the appointment of Faith B. Power to the board’s vice-chair position. Serving on the board since 2014, her current term will expire in 2026. Power has served as CEO of Winchester-based Ambriel Technologies and is a visiting professor of entrepreneurship and an assistant professor of management at Shenandoah University.

“They know each other and have a lot of experience together during our expansion years,” Edwards said of Layne and Power. “That relationship and their oversight is important to maintaining and building our momentum.”

The board also added four new members appointed by Gov. Glenn Youngkin during its July meeting. Their terms run from July 1, 2022, through June 30, 2027, at which time they will be eligible for reappointment. 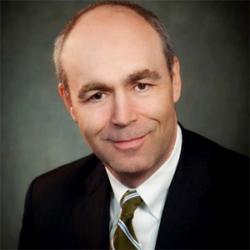 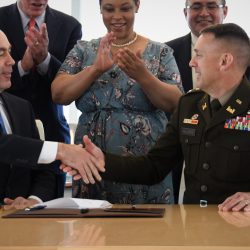