Bradford was previously deputy secretary and took over from Atif Qarni, who resigned in December 2021 as the state’s education secretary to take a job at Temple University.  She will serve on the McGuireWoods government relations team and national education practice in Richmond. Her first day is Jan. 24.

Bradford served in the Northam administration from 2018-2021 and has spent 30 years in public service, including in government affairs roles at William & Mary and at the State Council of Higher Education for Virginia (SCHEV).

“Fran is a well-respected problem solver and consensus builder, and we look forward to her joining our team” said McGuireWoods Consulting Chairman Mark Bowles in a statement. “Our firm has been a leader in education policy for a number of years. The knowledge and insights that Fran has gained at William & Mary and in Gov. Northam’s administration will complement our already strong Virginia team and national education practice.”

Bradford helped to shape legislation that created G3, Virginia’s free community college program. She also helped to implement Virginia’s Tech Talent Initiative. She serves on the executive board of the Virginia Network, which promotes women’s leadership in higher education and the Education Commission for the States. She is on the board of the Science Museum of Virginia and chaired a task force for the National Higher Education Government Relations conference.

“It has been an honor to serve the commonwealth in a variety of capacities, and I look forward to continuing to work with Virginia’s top ranked education system through my new role at McGuireWoods Consulting,” Bradford said in a statement. “Virginia is widely recognized as a national leader in higher education policy. Collaborating with clients across the country to advance effective state-level education policy will be a natural extension of the work that I have done thus far in my career.”

Melvin Bloomfield is moving over from Richmond 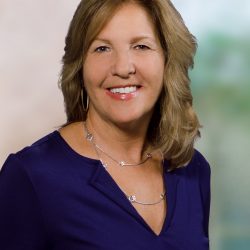 Dawn Calabrese has closed more than $350M in CRE deals 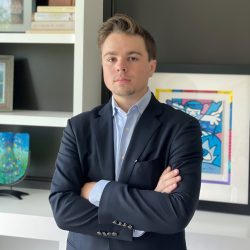