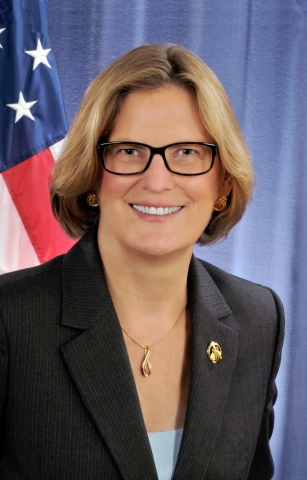 Kathryn Sullivan, an astronaut and former administrator of the National Oceanic and Atmospheric Administration (NOAA), has been named to the board of managers of Arlington-based Accenture Federal Services board of managers.

Sullivan will provide strategic insight and perspective on the vision, innovation and growth of Accenture Federal Services, which provides a wide-range of consulting and technology-related services to U.S. government agencies.

The first American woman to walk in space, Sullivan flew on three space shuttle missions during her 15-year NASA career, including the 1990 mission that deployed the Hubble Space Telescope.

After leaving NASA in 1993, she held a variety of senior executive positions, including a presidential appointment as chief scientist of the National Science Board. In 2011, she was named assistant secretary of commerce for Environmental Observation and Prediction and deputy administrator for NOAA. In 2013 she was appointed acting administrator of NOAA and, in 2014, was confirmed by the Senate as undersecretary of commerce for Oceans and Atmosphere and as NOAA administrator.

After leaving NOAA in 2017, Sullivan was designated as the 2017 Charles A. Lindbergh Chair of Aerospace History at the Smithsonian Institution’s National Air and Space Museum and also served as a senior fellow at the Potomac Institute for Policy Studies.

Sullivan holds a bachelor’s degree in earth sciences from the University of California, Santa Cruz, and a doctoral degree in geology from Dalhousie University in Halifax, Nova Scotia.