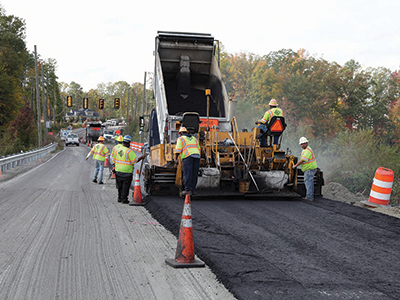 The Virginia Department of Transportation says the paving program for its Richmond District is the largest ever for the region, in terms of lane miles and total spending.

The district will spend $125 million in resurfacing 1,540 lane miles of state-maintained roads, according to the Richmond Times-Dispatch.

The newspaper reported that $27 million will be spent on local interstate sections, including 78 miles of asphalt paving and 18 lane miles of concrete repairs, on sections of Interstates 95, 295, 85 and 195.

Volkswagen to pay $8.8 billion to repair or buy back diesel vehicles 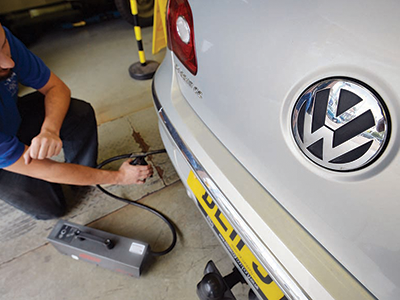 Volkswagen Group expects to spend about $8.8 billion to repair or buy back diesel vehicles affected by an emissions software scandal.
Volkswagen Group of America is based in Herndon.

USA Today reports that the German automaker has struck a tentative civil settlement with the U.S. government, California authorities and consumers over the episode, which affects 11 million vehicles worldwide.

The settlement gives U.S. owners the option of buybacks or compensation. The agreement also includes a requirement to invest in environmentally friendly vehicles.
Volkswagen estimates that the total bill for the scandal will top $18 billion.