Medicaid expansion was the result of a budget deal that the General Assembly reached in May.  The Republican-controlled legislature had blocked previous expansion attempts for five years.

The Virginia Department of Medical Assistance Services began accepting applications under new eligibility rules on Nov. 1 An estimated 400,000 low-income Virginians are eligible for the expanded program.

Medicaid coverage now is available to men and women ages 19 through 64 who are not eligible for Medicare and meet income requirements that vary with family size.

Virginia Business last year looked at health-provider access issues posed by Medicaid expansion in its May issue and examined preparations for the program’s expansion in the September issue. 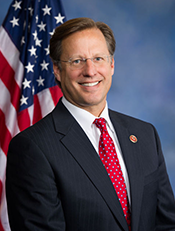 Brat, who had represented the Virginia 7th District since 2015, lost his re-election bid in November to Democrat Abagail Spanberger, a former CIA agent.

She was one of three women who flipped Virginia congressional seats in November’s mid-term elections. Democrats now occupy seven of the commonwealth’s 11 seats in the U.S. House of Representatives.

In the January issue of Virginia Business, a panel of political observers discussed the impact of the mid-term elections.

A separate story in the same issue looked at recent developments at Liberty, including the university’s search for a new business school dean.