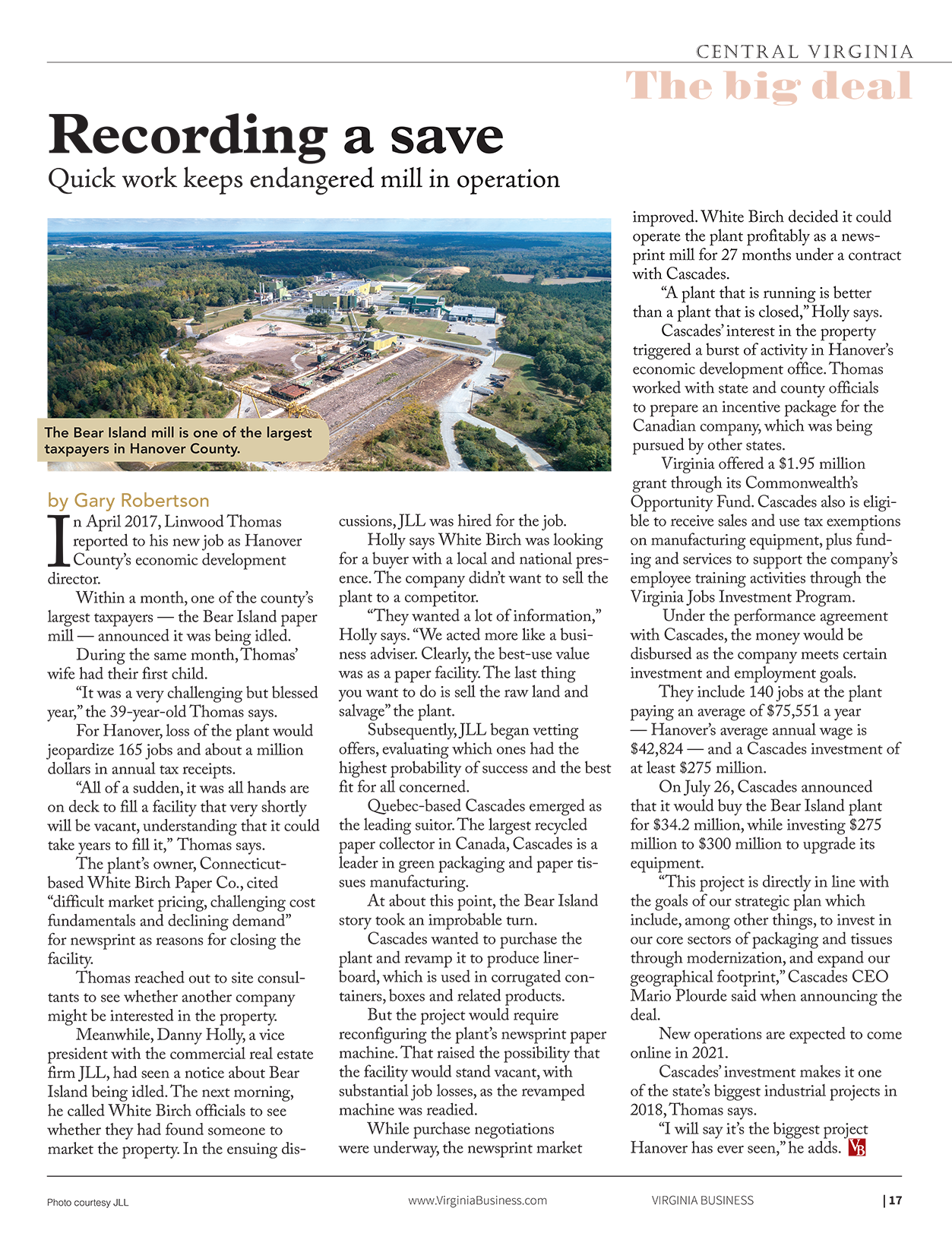 The Bear Island newsprint mill in Hanover County has been idled again, according to the Richmond Times-Dispatch.

The plant’s revival was the subject of a story in the March issue looking at economic development deals throughout Virginia last year.

In 2017, Connecticut-based White Birch Paper Co. said it would shut down the plant because of declining demand for newsprint.

The announcement sparked efforts to find a new owner for the plant, which employed 165 people and generated about $1 million in tax receipts.

Eventually, Canada-based Cascades Inc. emerged as a buyer with a $275 million plan to convert the plant’s production to linerboard and recycled paper products. But the changeover would require the facility to be closed for a time.

A solution appeared to have been achieved when the newsprint market revived briefly last year. White Birch decided to operate the mill for another 27 months under a contract with Cascades.

In announcing the latest shutdown in early March, White Birch said that in coming months it will turn over control of the plant to Cascades, which still plans to begin its production in 2021. 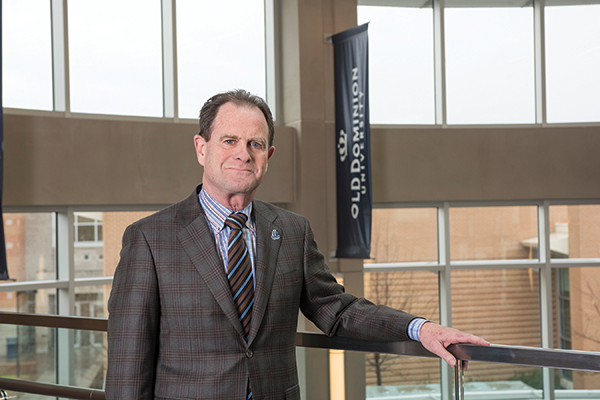 The University of California’s Janet Napolitano is the other recipient.

The award recognizes college or university presidents who have advanced the quality of student life on campus.

NASPA said Broderick, who has led ODU for more than 11 years, has been a champion for inclusiveness. He implemented a reorganization of the Office of Affirmative Action into the Office of Institutional Equity and Diversity, created the Office of Intercultural Relations and set up the President’s Task Force for Inclusive Excellence. The university also built a $20 million Student Success Center and Learning Commons.

In the March issue, Virginia Business looked at how ODU serves a diverse student body.