Company has flourished as subcontractor for large integrators

When Marathon TS opened in 2009, its owners decided to focus the information technology firm on two customer groups, federal government agencies and the large system integrators that serve them.

“When we looked at the market, we saw the need to shift from the commercial sector to the federal government,” says Alan Siek, Marathon’s executive vice president.

He founded Marathon with his wife, Pamela, and business partner Mark Krial. They previously owned Cornell Technical Services, an IT firm serving commercial customers which was sold to Monster.com in 2001.

Marathon’s focus on large integrators in the federal market helped it become the fastest-growing technology company in the Fantastic 50 for 2015.

The company provides its customers with IT professionals who are proficient in application development, secure networks and network engineering. “We are responsible for the entire execution of a contract,” Alan Siek says. “We provide operations and maintenance support. We are like a help desk.”

Marathon has two divisions: The Consulting Services Group (CSG) and The Federal Services Group. CSG provides IT services to major integrators such as IBM and Lockheed Martin that have won large contracts from the federal government.

“There are about 20 large integrators that are major players in the federal space. They have vast needs,” Siek says. “They rely on subcontractors. It’s a good place to start if you need immediate growth.”

Since its inception, the company has seen rapid revenue growth. It was ranked No. 163 on the 2014 Inc. 5000. Marathon is the eighth fastest-growing woman-owned business on the list.

The key to the company’s growth is its ability to provide recruiting and staffing capacity. “They are looking to you to provide staff,” Siek says. “We are able to generate a lot of our growth just by doing that.”

The company currently has 95 employees, 90 percent of whom are located on clients’ sites.

Marathon works with integrators all across the U.S. “We have had staff in 25 states since we started,” Siek says.

The people assigned to projects work for Marathon as part a of subcontract with the integrator. As an example, an integrator may need 20 network engineers in 10 locations.

Working with federal integrators accounts for 75 percent of the company’s business. The remaining 25 percent focuses on the federal government under The Federal Services Group. “We have several prime contracts with the federal government,” Siek says. “We started with the U.S. Department of State and have been building on that.”

In addition to the Department of State, the company also works with the U.S. departments of Homeland Security, Energy and Defense. “Those are generally the most well-funded agencies with the largest budgets. We will be focusing a lot of our resources on the federal side over the next three years,” Siek says, noting that he would like to see the federal government work grow to 50 percent of the company’s business.

In February, the U.S. Air Force awarded Marathon a contract to provide information technology support services to the 30th Medical Group located at Vandenberg Air Force Base in California.

The company founders bring a variety of skills to the business. Siek is an expert in application development and network engineering. Pamela Siek, Marathon’s CEO, has expertise in sales and software engineering. Krial, the company president, has a strong background in IT sales. “We all have practical experience,” Siek says. 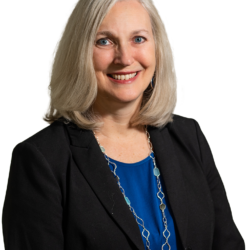