The traditional 9-to-5 workday at the office is a thing of the past at forward-thinking companies looking to recruit and retain top talent.

“That’s out the door,” says Melody Donovan-Hopkins, a director and senior human resources consultant with Fahrenheit Advisors in Richmond.

In its place is a flexible work model that was gaining popularity even before the pandemic but has definitely become the norm during the past couple of years.

When employees switched to working remotely and then asked for flexible hours so they could help children with school and tend to other family concerns while continuing to work, the setup became a real-life study on the effectiveness of workplace flexibility.

“So many organizations saw an uptick in productivity,” Donovan-Hopkins says.

Now there’s no going back. Employees have come to expect, and sometimes demand, the ability to work from home at least part of the time and to set their hours according to what works best with their personal lives.

While this scenario is great for workers, it can also be a boon for businesses — as many of Virginia’s Best Places to Work are demonstrating this year by offering a plethora of perks ranging from remote and hybrid work arrangements to impromptu “snow days.”

Since 2011, Virginia Business and Pennsylvania-based Best Companies Group have collaborated to identify the commonwealth’s best workplaces. One hundred companies were chosen for the 2021 Best Places to Work list in three categories: small, midsize and large businesses. (See selection process and winners starting on Page 43.)

One of those best companies, Tyges, a Williamsburg-based executive and professional search firm, offers unlimited paid time off (PTO) to employees from Day One.

“When people join us, there are no vacation days, no personal days, no sick days,” says Tyges President and founder Tim Saumier, who started Tyges in 2002 when he bought a franchise from MRINetwork. “You need to do what you need to do.”

There’s no need for employees to account for hours worked. “We want to measure you based on particular key performance indicators,” Saumier adds. “When you work is entirely up to you.”

New hires have a hard time adjusting to this concept, and they still often ask their supervisors about taking time off. But once they adjust, they enjoy the freedom of choice. “We’re adults and we want to be treated like adults,” he says. “Attendance is not a measurement.”

Tyges started the shift to increased workday flexibility nine or 10 years ago, Saumier says, and he hasn’t regretted it. “During that time, productivity has doubled.”

In addition to flexible hours, companies are offering more and more flexibility in other areas as well. They’re offering more paid time off, and companies such as Tyges offer unlimited PTO. Surprise vacation days are more common, and long summer weekends are often part of the package.

In addition to these shifts, companies make plenty of small gestures for employees these days too. For example, Cincinnati-based freight brokerage company Total Quality Logistics LLC offers “snooze” or “cruise” passes as spot prizes to recognize a job well done. Employees at TQL, which has a Chesterfield County sales office, can “snooze” by coming in an hour later or “cruise,” leaving work an hour early, as long as they clear using the pass with a supervisor. The pass is often used to leave early on a birthday or holiday weekend, according to Colleen Berliner, a TQL spokeswoman. Sometimes, passes are gifted to co-workers or used to pursue volunteer opportunities.

During the height of the pandemic, Reston-based consumer marketing intelligence firm Resonate started handing out “snow days” to boost morale. Those snow days, accompanied by a gift card, were so popular that they’ve become a permanent perk.

“As a kid growing up, I know how much I loved snow days,” says CEO Bryan Gernert. “It’s that day off you didn’t know you had.”

When Resonate introduced the first snow day, Gernert did so by presenting employees with a mock two-week forecast that included the pretend snow day. Workers immediately took to the playful idea and “we’ve done multiple snow days since then,” Gernert says.

Kristina Emminger, senior director of Resonate’s sales strategy team, used a “snow day” on a Friday in October 2021 to take a long weekend with her family at Shenandoah National Park. In keeping with the chill-out theme, she and her husband and their kids stayed in a “cozy little cabin with no TV” and went hiking.

“Without the extra time off, it wouldn’t have been possible,” she says. “It was a trip to get away from the hustle and bustle. …It was about doing something completely opposite of our normal life.”

In addition to snow days, Resonate surprises employees with mystery events. Employees are told what time to wrap up work and what to wear on a certain day. The rest is a mystery. They might go bowling, whitewater rafting or participate in another such team-building event. The company adjusted the mystery event setup slightly after hearing that some employees didn’t appreciate the mystery component.

“For those people, we allowed them to be part of the planning,” Gernert says, who adds that he’s constantly looking for ways to keep employees engaged and happy. “I’m a firm believer that working hard is great, but you also have to have fun.”

When group outings were sidelined by COVID-19, the company sent out $150 gift cards instead. Maintaining a culture that offers rewards and appreciation is important at Resonate.

“You work more than you do anything else in your life,” Gernert says. “My view is that it’s got to be a culture that you want to be a part of.”

Cassaday offers flexible workdays to help employees avoid traffic jams around the Tysons area where the office is located, he says. The Summer Fridays benefit allows employees to take up to five Fridays off in the summer. Depending on when a holiday falls, Cassaday often gives employees an extra day off with pay. All new employees start with three weeks of paid time off.

While the pandemic took away company outings and social gatherings, Cassaday substituted with virtual events. There was a virtual chocolate and wine tasting event, and a virtual show by a comedian. While those events may not have felt the same as the company’s normal, in-person outings, they were a way to foster connection at a time when many employees struggled with isolation and frustration.

“We’ve worked really hard to assemble a group of talent,” Cassaday says. “We want them to know how much we appreciate them.”

Like other firms, Cassaday & Co. has seen many positives from creating a culture that allows extra flexibility and more paid time off. “We found that by pampering them … they’re much more productive on their own,” Cassaday says. “They’re rested; they’re not stressed.”

Donovan-Hopkins, who worked in human resources in corporate America for 20 years before joining Fahrenheit Advisors in June 2021, says the pandemic caused employees to take a hard look at their jobs and their satisfaction levels. That, in addition to health-related fears, led to an onslaught of resignations and relocations.

“People are picking and choosing,” Donovan-Hopkins says. A lot of office workers moved out of cities and into more rural areas seeking a better quality of life. “They know they can be successful working at home.”

As employees returned to offices last year, companies saw the need to offer additional perks to help with that transition. People had gotten accustomed to working at home where they didn’t have to deal with hassles like traffic, commute times and child care costs. “Getting back into that has been a bit of a stressor,” Donovan-Hopkins says.

Companies have responded with solutions such as partnering with child care facilities and covering part of employees’ costs, or offering home meal kits to save employees time during the evenings. Some companies are making their offices pet friendly, so the furry friends who have gotten used to having their people at home can tag along. “I think folks are being really creative,” she says.

Even before the pandemic, the flexible work schedule was gaining popularity, Donovan-Hopkins says. “The approach was: If you can get your work done, we really don’t care when you do it.”

She worked at a company that allowed employees to cut out early for major holidays. She knew of several workplaces that allowed a Monday through Thursday schedule with Fridays off, provided work was completed. “That abbreviated work schedule, that’s been available in a lot of companies for a number of years.”

And there’s evidence that it’s working for both employees and companies. In a 2020 study conducted by asset management firm Mercer, 94% of 793 U.S. employers reported that productivity had stayed the same or improved after employees switched to remote work.

At Tyges, where employees enjoy unlimited PTO with the expectation they will work hard and meet goals, the company’s three locations in Virginia, Georgia and Florida have weathered the pandemic challenges with few major setbacks.

“We’re not experiencing a lot of turnover,” says Saumier, adding that Tyges was on track for a record revenue year in 2021.

Read more about this year’s survey. 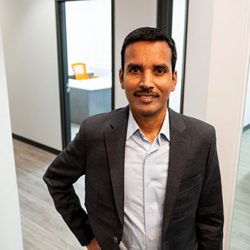 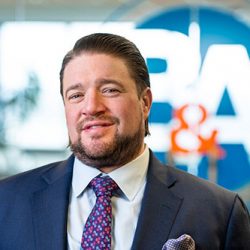 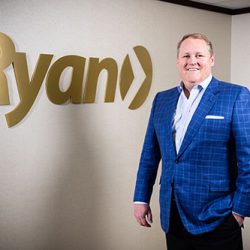