Rivers Casino Portsmouth will be the first permanent casino to open in Virginia when it opens its doors to the public on Jan. 15, 2023, but local media outlets got a sneak peek on Tuesday.

With 28 days until opening — the casino will open for two “charity days” on Jan. 10 and 12 — construction workers are hurrying to put the finishing touches on the $340 million, 250,000-square-foot casino, which will be operated by Chicago-based Rush Street Gaming. Construction began in December 2021. General Manager Roy Corby hosted Tuesday’s media tour.

The entertainment venue, located along Victory Drive in Portsmouth, will feature 1,448 slot machines, 57 table games and 24 poker tables. It’s expected to bring $16.3 million in annual tax revenues to the city. When it opens, it will be the commonwealth’s first permanent casino, though a temporary casino has been open in Bristol since July. Two other proposed casinos are in the pipeline in Danville and Norfolk. 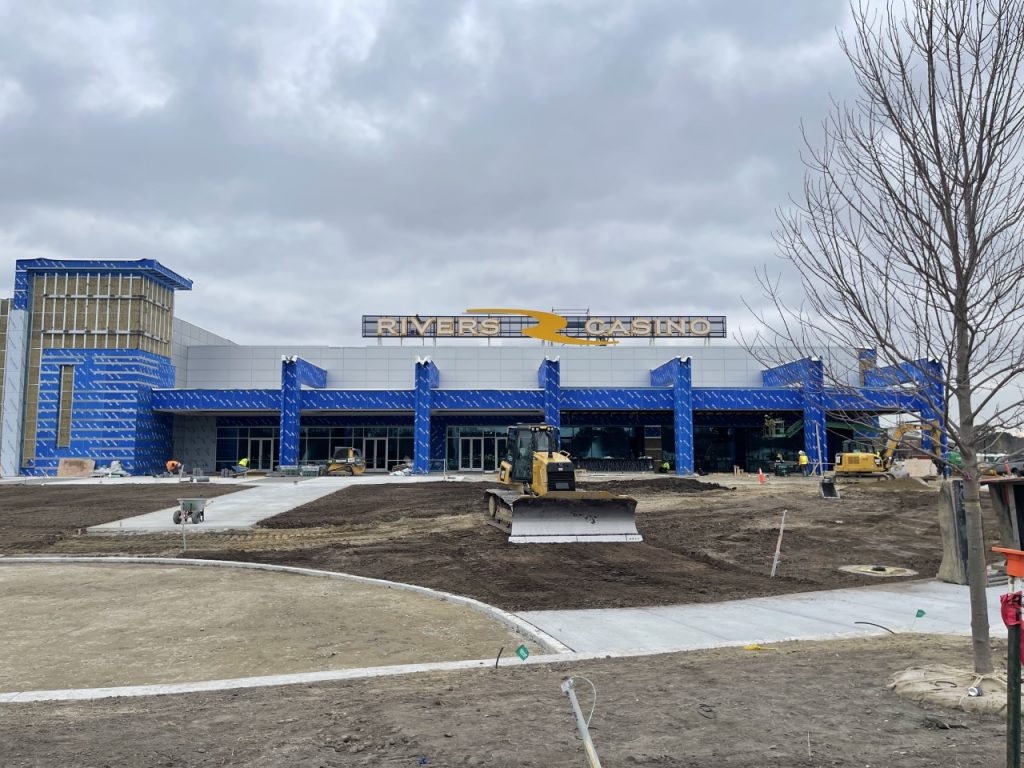 The Sound Bar will feature live entertainment Thursdays, Fridays and Saturdays, with room for 120 people. It has a rounded bar with 88 seats and tables with seating near the stage. 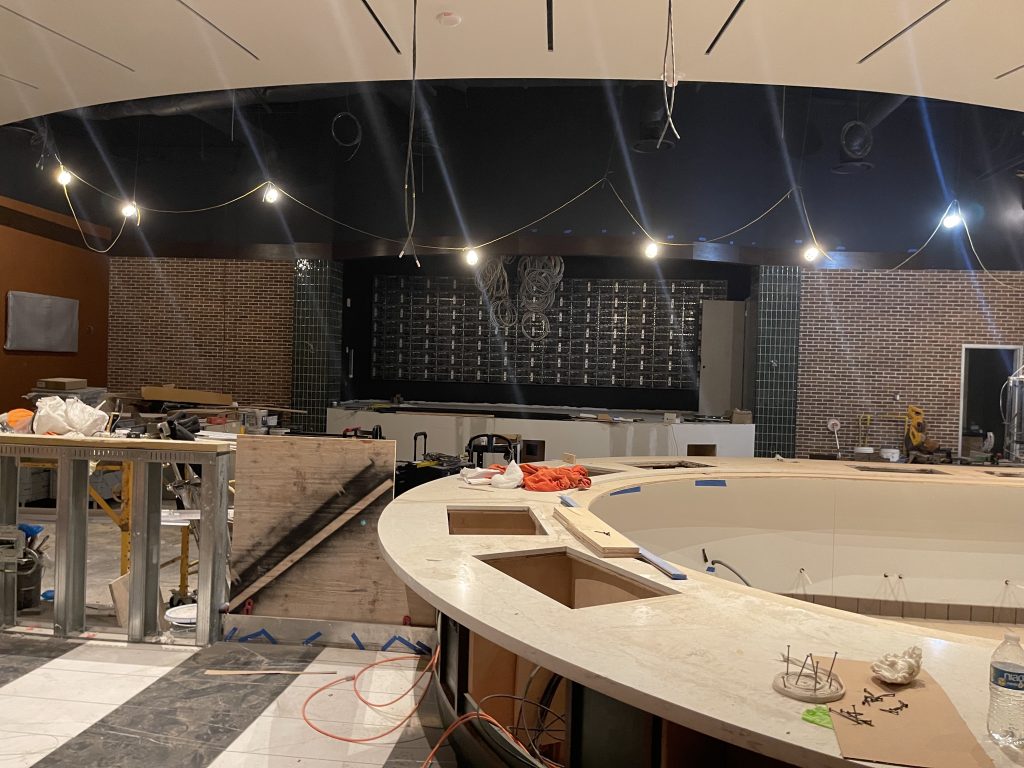 The poker room will have 24 tables — not yet delivered — as well as an area where players can cash in their winnings and a host check-in area. The poker room is apart from the main floor. 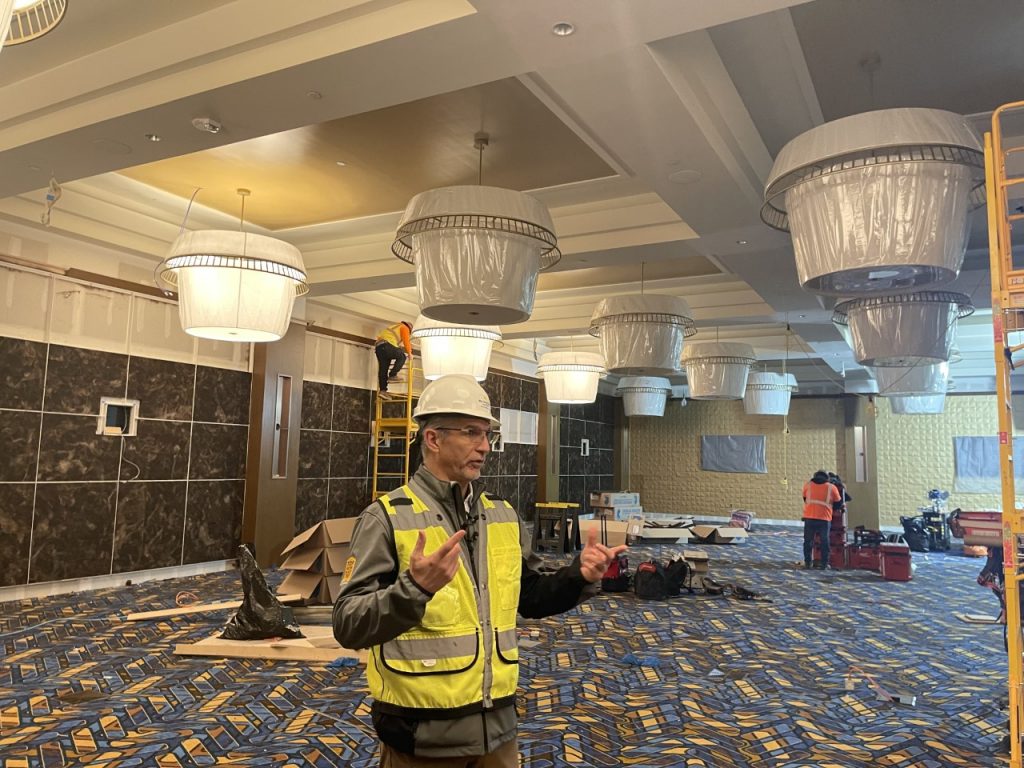 The main casino floor will have 1,448 slot machines, 1,100 of which have already been delivered. About 300 are in the right places already, but the rest are yet to be installed. Another 348 will be delivered before opening day, Corby says. 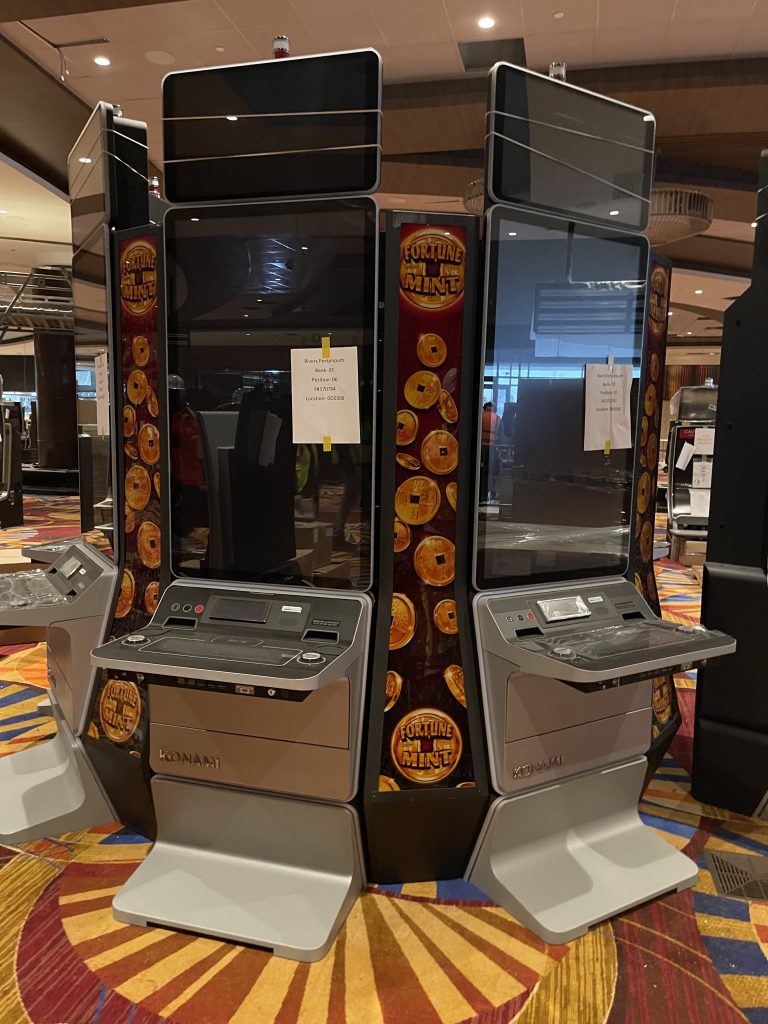 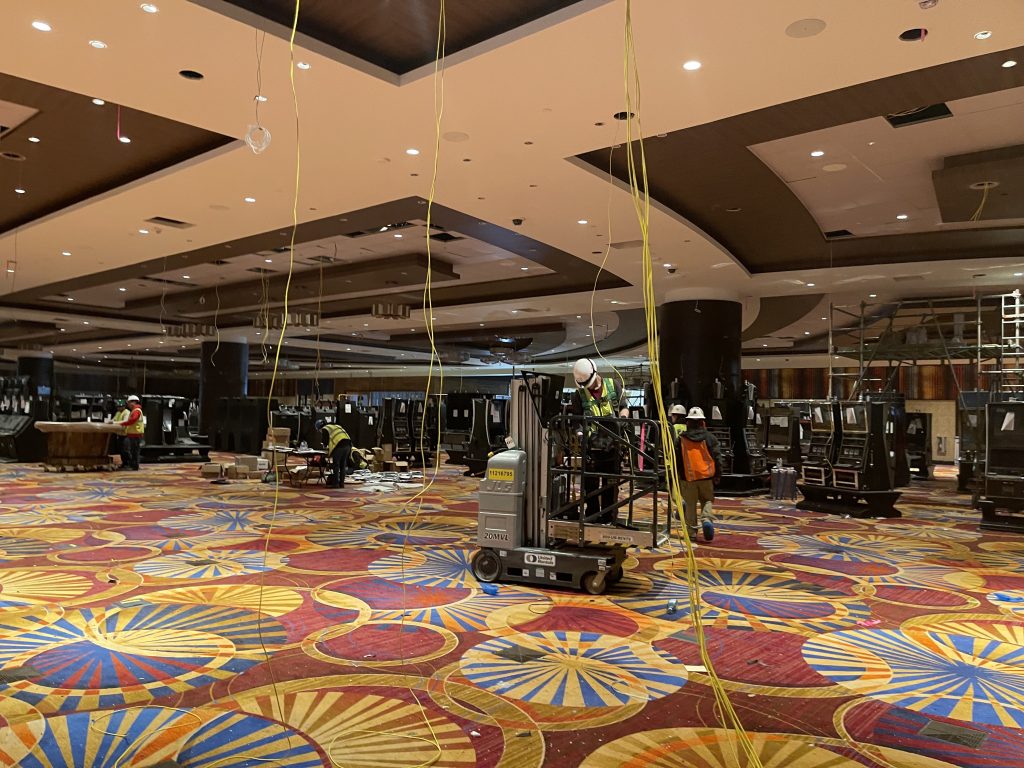 The 90,000-square-foot main casino floor will have 57 tables, 24 of them for poker games, and others for blackjack, craps (live and electronic), roulette and baccarat.

Corby said the casino has held five job fairs and will hold one more before opening day. More than 1,100 full-time employees have been hired so far, but the casino is still hiring. More than 5,000 people have filled out applications, he said. Though all hires so far have been full time, there has been demand for part-time work. Rivers Casino Portsmouth’s estimated annual payroll will be $62 million. 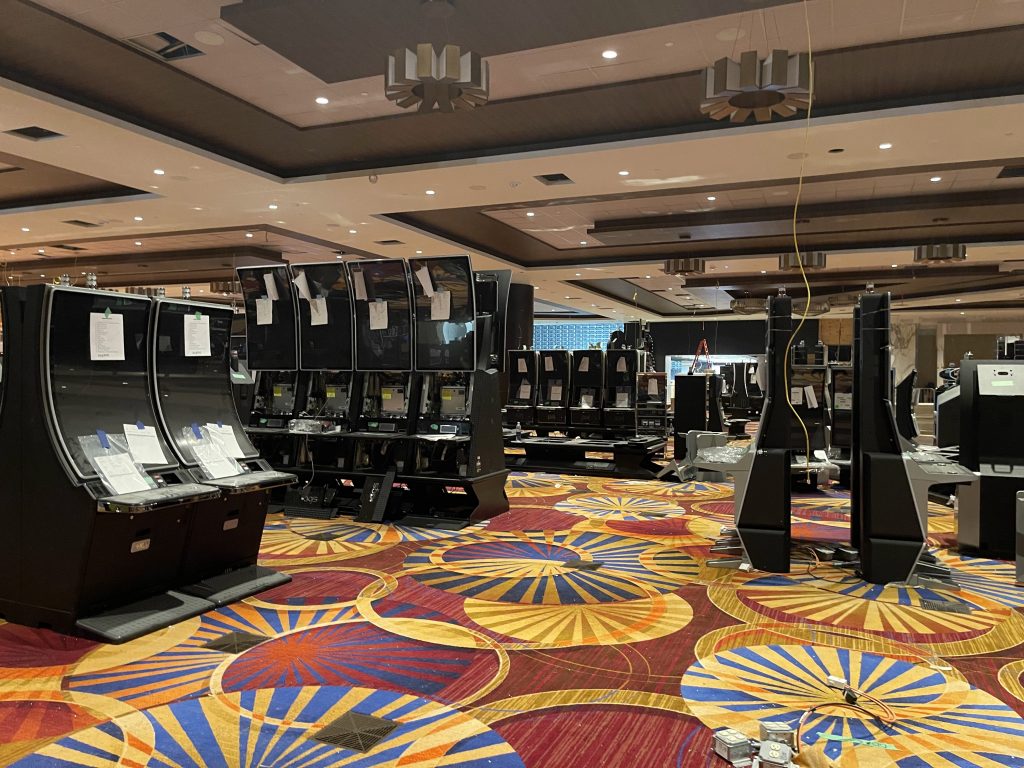 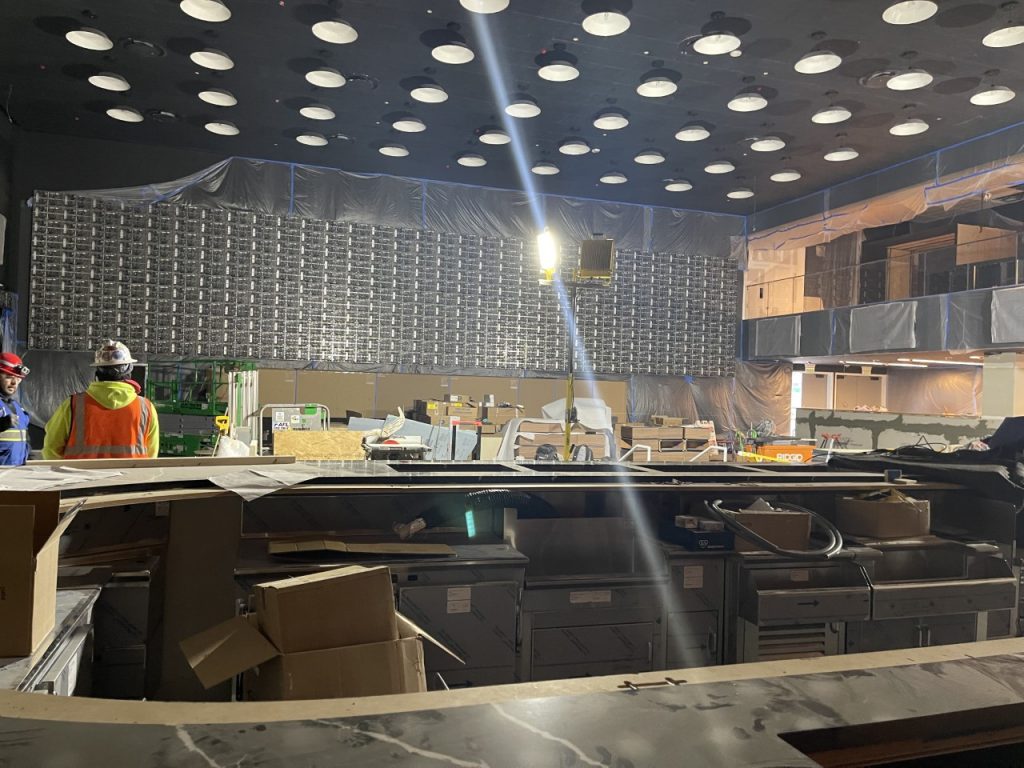 The sportsbook area will have a screen that is 12 feet high and 62 feet wide, for a 753-square-foot viewing wall that can show dozens of televised sports. Overlooking the sportsbook will be a Topgolf suite with three bays, each holding up to eight guests. 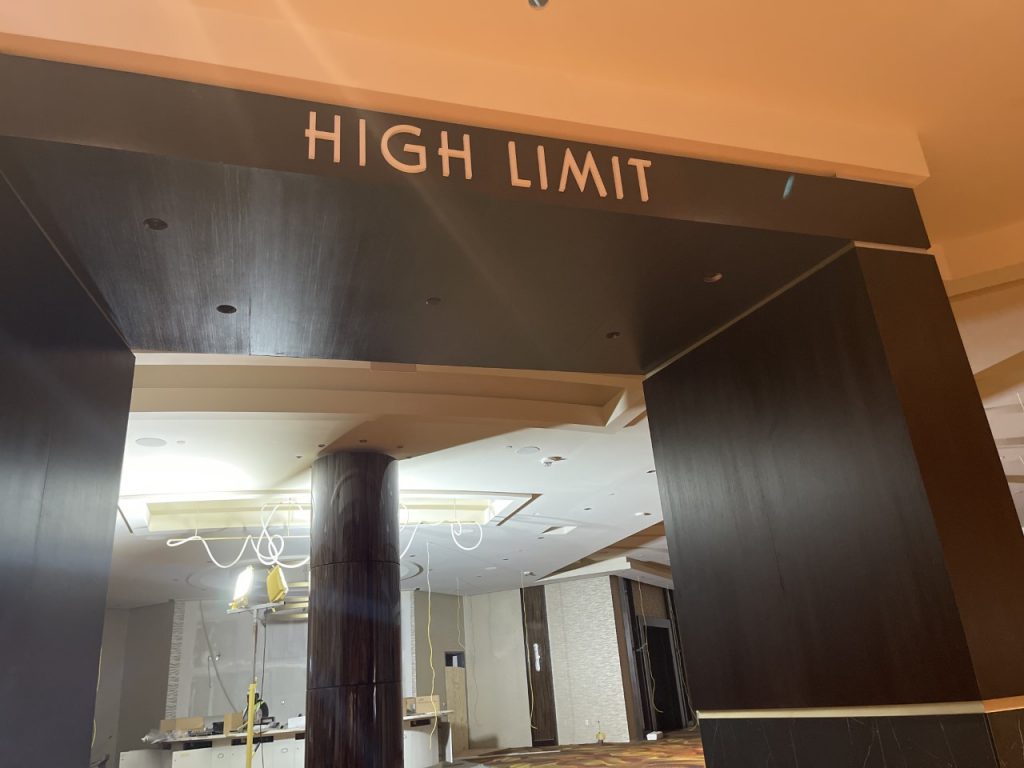 The high-limit game room will have 85 slot machines and 11 tables, along with two private salons and a private table area, for gamblers who are interested in a high roller experience. 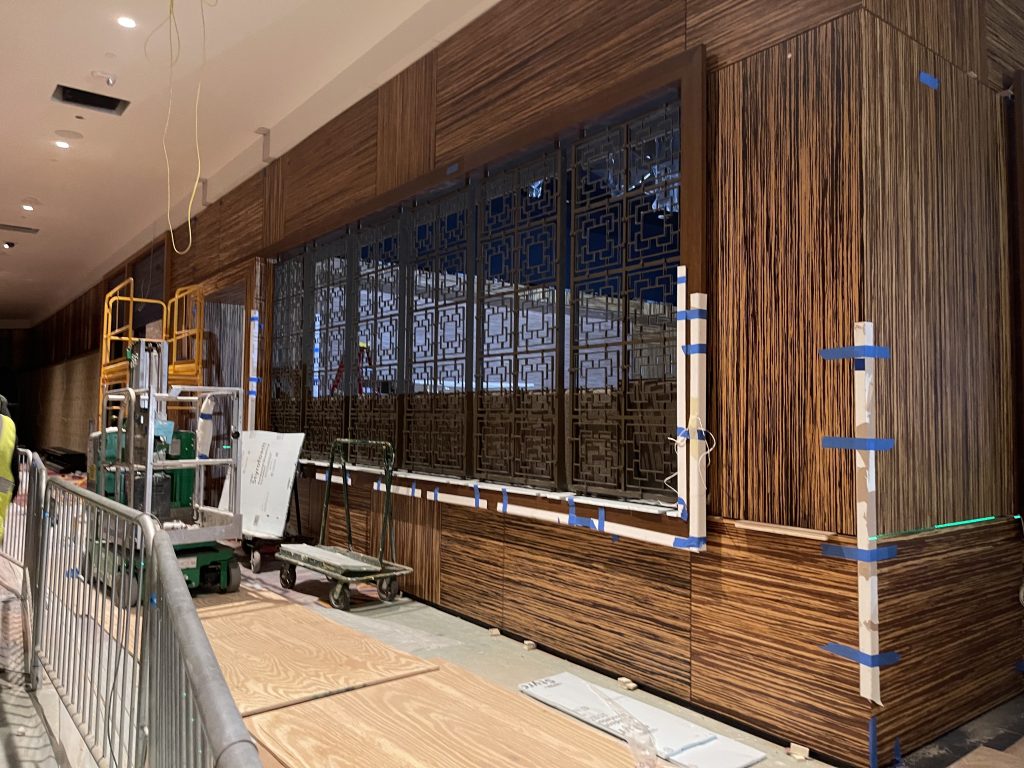 Inside the casino, there are three restaurants — Starbucks, Slice Pizzeria, Mian (pictured above), a fast-casual Asian restaurant, which is in all of Bet Rivers’ casinos.

Two restaurants will be accessible from outside the main floor and anyone, even those younger than 21, will be able to eat there. Crossings Cafe (below) is a 24/7 restaurant and seats more than 140 guests. 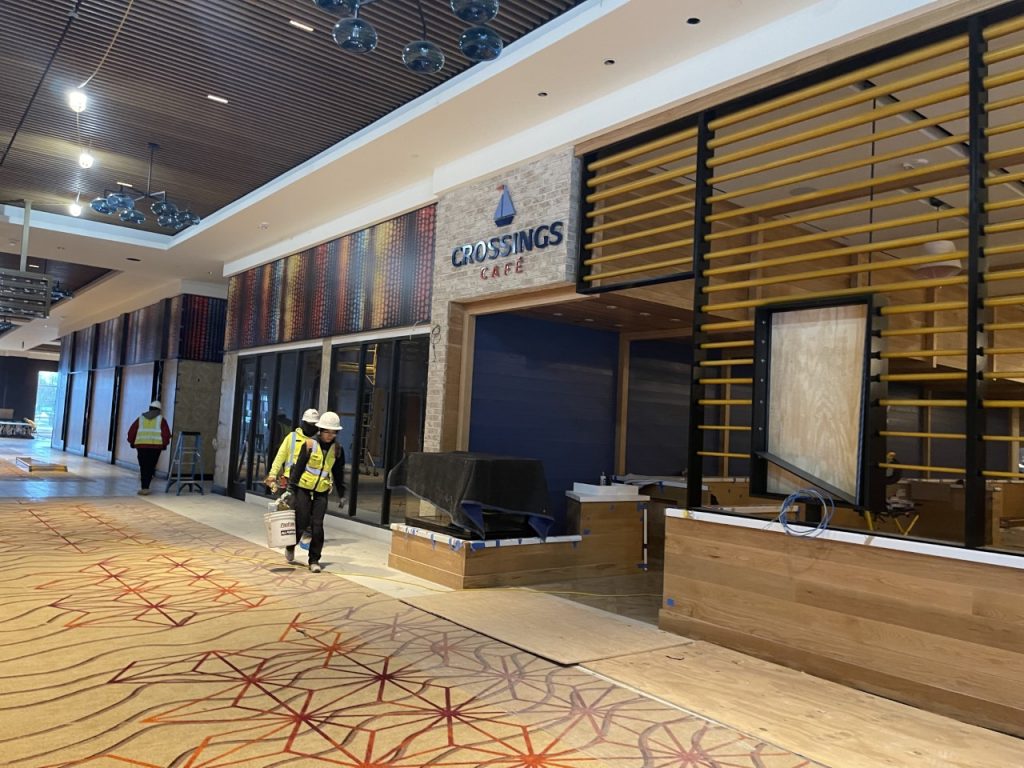 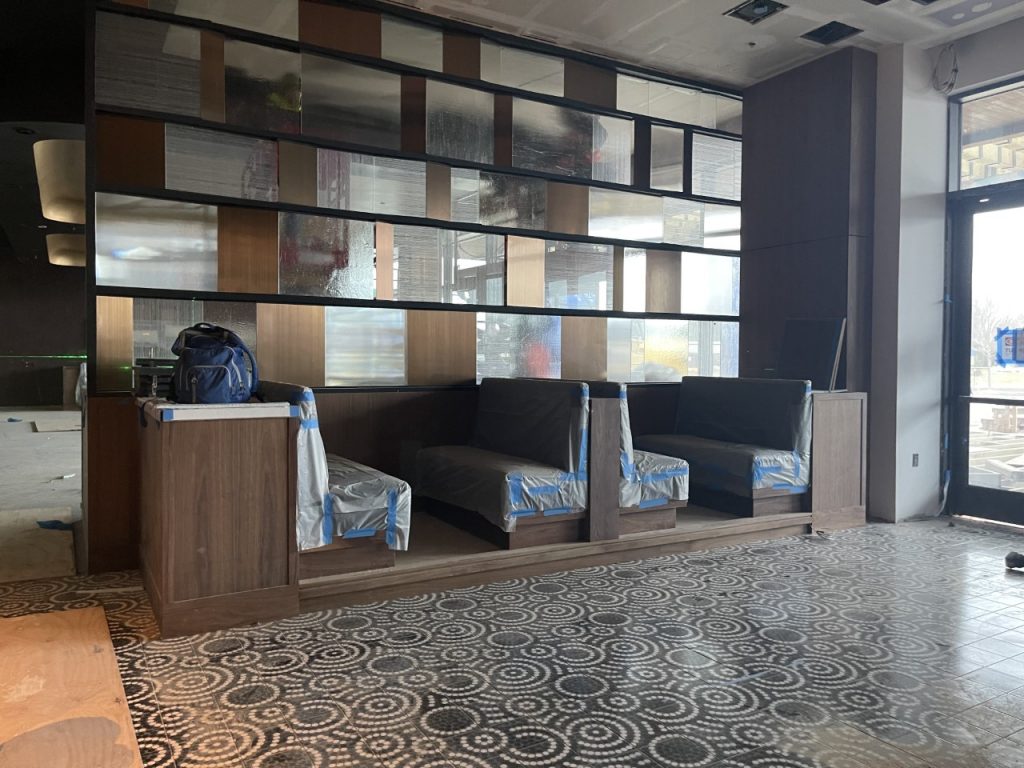 Admiral’s Steak & Seafood will seat 250 people, with private dining options for small and large parties and seating indoors and outdoors. 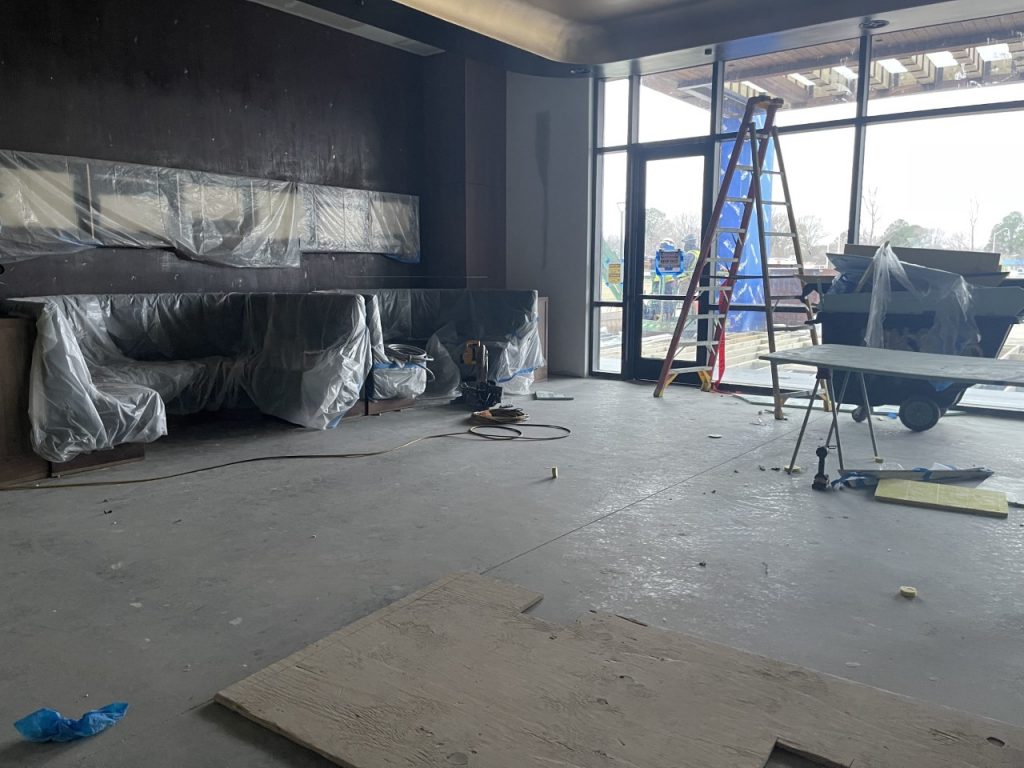 Admiral’s will also feature two large bars, including the one below, just inside the doors to the steakhouse. 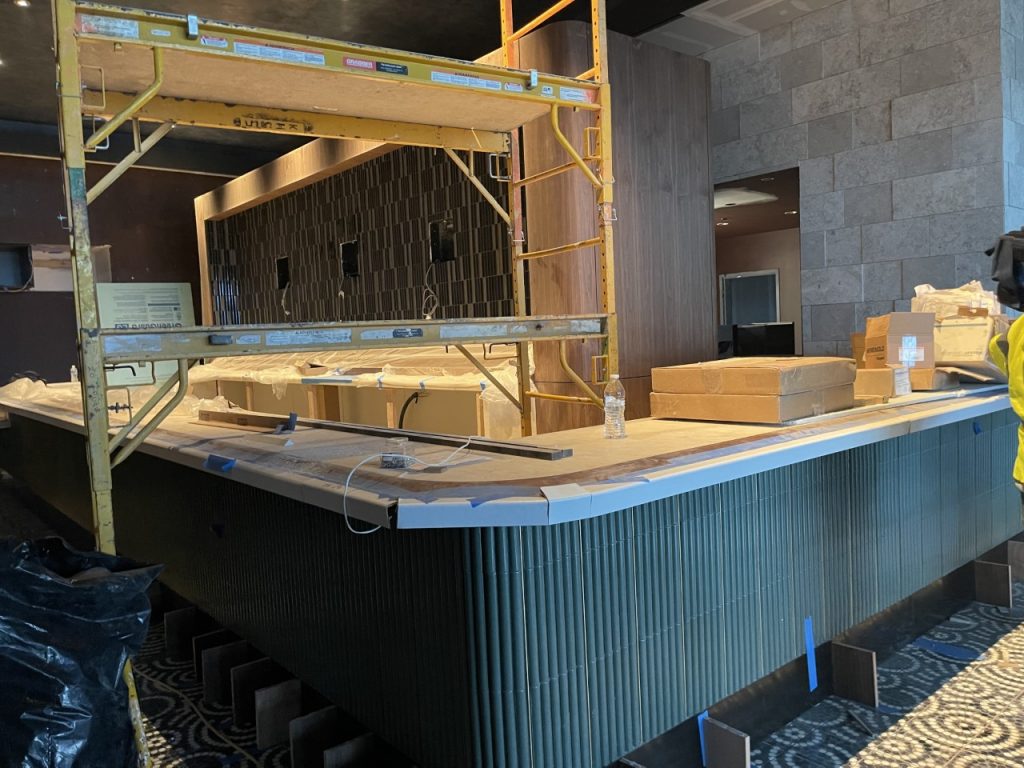 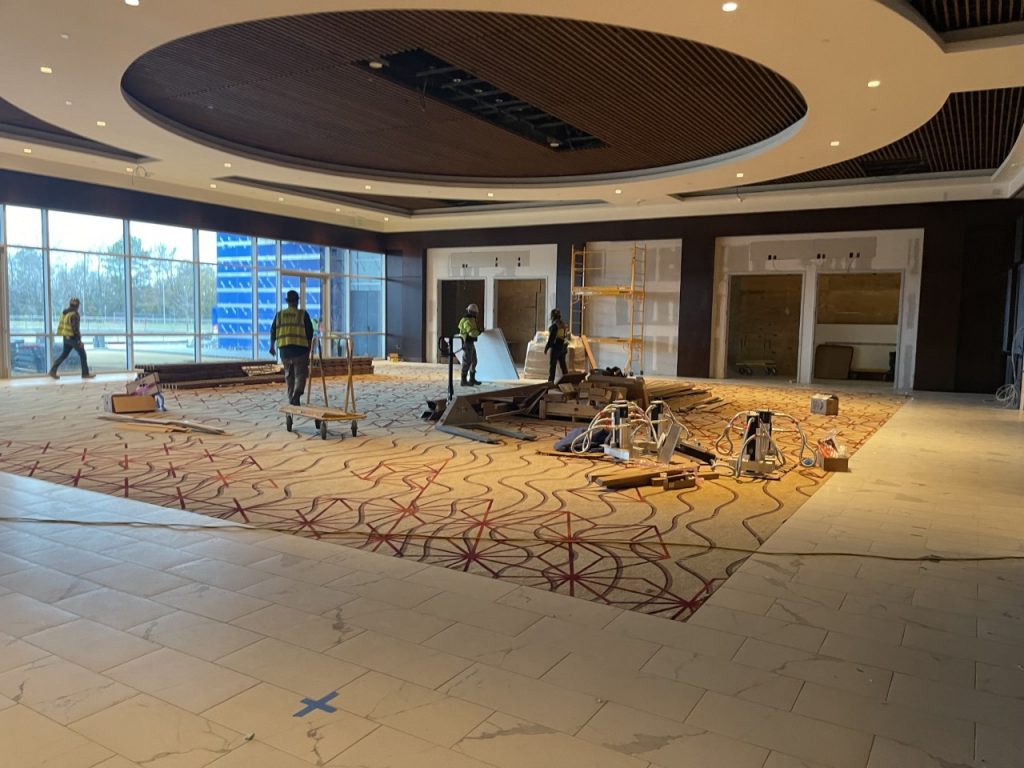 The 25,000-square-foot event center can be used as convention space for conferences and performances. Corby said that when set up with tables, it can hold 1,100 to 1,400 people, and when set up theater-style, it can hold 1,500 to 1,700 people. If arranged for standing-room only, the center can hold up to 2,000 people. The space has already been booked for Portsmouth’s State of the City address and Tidewater Community College’s upcoming inauguration ceremony for President Marcia Conston. (The photo above shows the pre-reception area at the entrance to the event space.) 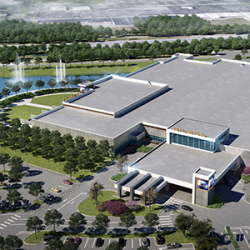 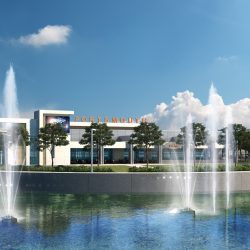