Movers and shakers in Southwest Virginia wanted to try a new approach to economic development.

The stakes were (and are) high.

Naturally, the decline of the coal industry had a devastating impact on Virginia’s coalfields. The Appalachian Regional Commission classifies four counties in Southwest Virginia — Buchanan, Dickenson, Lee and Wise — as economically distressed.

Every county in Southwest Virginia saw a drop in population over the past decade, according to the 2020 census, leading to the loss of a delegate seat.

Trying to turn the tide, leaders in the area created InvestSWVA, a public-private economic development and marketing initiative for Southwest Virginia.

The idea for the initiative was born, according to Will Payne, InvestSWVA’s director, out of a desire by several current and former state legislators representing the region, including the late state Sen. Ben Chafin, state Sen. Todd Pillion and Dels. Terry Kilgore and Israel O’Quinn, to see Southwest Virginia be more proactive and assertive in pursuing business leads.

One member of the group or another, according to Payne, heard a rumor that EarthLink CEO Glenn Goad, who grew up in Wise County, was considering bringing some customer service operations from overseas back to the United States.

Kilgore drove to Atlanta to visit Goad in November 2019, according to Payne. In January, a larger group consisting of Kilgore, O’Quinn, Pillion, Chafin, Payne and Duane Miller, executive director of the LENOWISCO Planning District Commission, traveled to Atlanta to talk again with the head of the high-speed internet and mobile phone service provider.

In September, EarthLink announced plans to invest $5.4 million to build a customer support center on property that sits on a reclaimed mine site in Norton, creating 285 jobs.

Miller feels confident it was the efforts by lawmakers and leaders to make personal connections with business executives that caused Southwest Virginia to be successful with EarthLink.

“Everyone has just said, ‘OK, let’s roll our sleeves up, and let’s just get to it,’” Miller explains.

Experts say there are two must-haves for sealing economic development deals: the right infrastructure and the right location.

Another new tenant at Progress Park will also get to benefit from those upgrades. STS Group AG, a supplier of interior and exterior parts for commercial vehicles, announced in April it plans to invest $39 million to bring its first U.S. manufacturing operation to the Wythe County business park, creating 120 jobs.

In late 2021, Hard Rock International announced construction has begun on a temporary casino at the former Bristol Mall, set to open in the first half of 2022, creating an expected 600 jobs. The temporary, full-service casino will offer about 900 gaming slots and 20 tables for gaming, as well as a restaurant and lounge in a 30,000-square-foot space.

Smyth and Grayson counties celebrated a win in August 2021 when Woodgrain Inc., a manufacturer of wood molding and trim, announced plans to invest nearly $9 million to expand its Smyth County operations and put $8 million more into purchasing and expanding Independence Lumber sawmill in Grayson County.

“If this hadn’t have worked, it probably would have closed,” Mitch Smith, deputy county administrator for Grayson County, says of the sawmill, which is the county’s largest private employer.

This deal means the sawmill’s 80 workers will keep their jobs, and Woodgrain is set to add 20 jobs at the sawmill over the next three years, according to Smith. Additionally, the expansion is expected to create 80 jobs at the facility in Smyth County.

Del. Will Morefield, R-Tazewell, believes there’s a perception that Virginia’s coalfield communities are opposed to alternative energy. “In reality, we’re not,” he says. “We welcome it with open arms.”

Morefield is working closely with Kentucky-based Edelen Renewables, which is partnering with Kansas City-based solar developer Savion LLC to build a 700-acre solar farm on a former surface mine in Buchanan County. The $100 million solar farm is expected to generate about $100,000 annually in tax revenue and create about six permanent jobs and
250 construction jobs.

Although he’s a supporter of what he describes as “an-all-of-the-above approach” to energy, Morefield isn’t abandoning coal.

He was pleased when SunCoke Energy Inc., a producer of high-quality coke for blast furnace steel production, announced plans in May 2021 to invest $50 million to refurbish its manufacturing operation in Buchanan County and to perform upgrades allowing the facility to produce foundry coke, which is used for melting iron and other metals. Work on the project is expected to last several years, according to a company spokesperson.

“They’re one of the largest buyers of coal in Southwest Virginia,” Morefield says of SunCoke. “The multiplier effect that that company has on the local economy is significant.”

For one, Tempur Sealy International Inc. is expanding its Duffield facility in Scott County, investing $16.7 million and adding 25 jobs to meet growing demand for its foam mattress and pillow products.

In another win for Scott County, VFP Inc., which manufactures enclosures to protect critical infrastructure, announced plans in November 2021 to invest $7.2 million to expand its operation there, enabling the company to produce larger concrete shelters and meet future market demand.

Tazewell County also benefited from an expansion by a longtime area employer in 2021. Family-owned heavy metal fabricator Lawrence Brothers Inc. announced plans in April to invest $3.2 million to upgrade and modernize its machinery and equipment to increase capacity and double production. The expansion is expected to create 40 jobs.

Some economic development offices get obsessed with landing a whale, according to Ernie McFaddin, chairperson of Russell County’s industrial development authority. While he’ll certainly take a corporation bringing 2,000 jobs to the area, he’s also happy to land medium-size deals.

“I know for us that an employer with 50 to 150 jobs is really the sweet spot,” he says. The county got just that with Ceccato S.p.A. In September, the Italian vehicle-washing equipment manufacturer announced plans to invest $1.75 million to build its U.S. headquarters in Russell County, creating up to 50 jobs over the next three to five years.

Ceccato USA President and CEO Jimmy Sisk settled on the Russell Place building in Lebanon the first time he looked at it, according to McFaddin.

“I think the biggest thing he liked was that he really didn’t have to do anything to it,” McFaddin says. “Clearly they were looking for a place where they could get started quickly.” 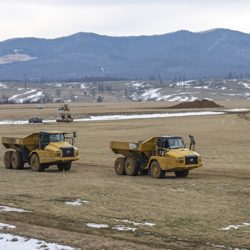 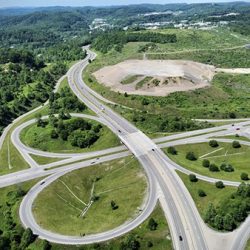