The Beige Book is published eight times per year and is based on anecdotal information gathered from the 12 Federal Reserve Banks about economic conditions in their districts. It is compiled from reports by bank and branch directors, as well as interviews with and online questionnaires completed by business contacts, economists, market experts and other sources.

Several respondents said they were concerned that increasing energy costs and Russia’s attack on Ukraine posed risks to near-term business conditions, according to the Fed.

Meanwhile, manufacturers reported moderate growth in shipments and orders. Import volumes grew strongly, and ports worked at full capacity but had difficulties getting containers out of the ports because of transportation shortages. Trucking companies echoed the difficulties, reporting strong demand but limited equipment and drivers. Business travel started to return but remained below pre-pandemic levels.

Employment rose moderately in the district, but firms across industries continued to cite labor shortages, particularly for positions that required less than a four-year degree. Employers reported that the main challenges were unskilled or inexperienced applicants, or applicants dropping out during the hiring process. Many employers reported increasing starting wages and benefits, expanding recruiting efforts and providing more flexible working arrangements where possible.

Prices continue to increase, with some firms in the service sector reporting year-over-year growth of more than 5%. Rising fuel prices, as well was scarcities in raw materials, led to higher costs, which were passed to consumers.

Manufacturers reported moderate increases in shipments and new orders but increased backlogs. Several said that higher fuel and energy prices have led to higher prices and uncertainty for the near-term supply chain.

Fifth District ports operated at capacity. Because containers stayed in the ports longer, turn times slowed, and more ships queued up outside ports. Inland transportation shortages caused the delays in getting containers out of ports.

The Port of Virginia has not had slowdowns, Port spokesman Joe Harris said in an email Thursday.

“There has been some vessel queuing here and one of the biggest drivers of this is the fact that 90% of the world’s vessel fleet is off schedule,” he said. “Over the long term, we expect to maintain our efficiency.”

Trucking companies saw strong demand, and some reported they were able to hire new drivers. Retention, however, continued to be an issue. Most firms surveyed had just received the equipment they ordered in 2021 and had to rely on aging truck tractors, chassis and trailers. Companies increased shipping rates in response to higher fuel, labor and equipment costs.

Retailers reported strong demand and an ability to pass on higher costs of goods and labor to consumers. Auto dealers and retailers said inventory shortages limited their growth. Auto dealers had trouble finding technicians to keep up with higher demand for services as consumers keep their cars longer.

Housing inventories remained low and home prices rose as demand remained strong. The costs of construction materials continued to increase, but companies noted that the availability of materials improved slightly.

Banks continued to report strong demand for commercial loans but an easing of residential mortgage demand due to low housing stocks and rising interest rates. Auto lending demand rose, although the lack of available vehicles remained a constraint. 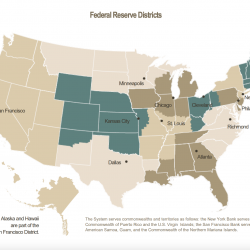 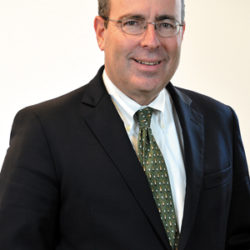