The question Tom Barkin is asked the most these days is when the economy will return to normal. The president and CEO of the Federal Reserve Bank of Richmond has a caution for those who may be wishing for the perceived stability of the pre-pandemic economy.

“After two-and-a-half years of instability, we’re all ready to get back to normal,” Barkin said Wednesday. “But what’s normal? I’d say normal is not going back to where we were.”

Barkin’s comments came during his keynote speech to the Top of Virginia Regional Chamber’s 2022 Economic Summit at Shenandoah University in Winchester, held a week after the Fed approved the fourth 0.75-point rate hike this year, taking rates to a target range of 3.75% to 4% — their highest since 2008 — as the central bank attempts to rein in inflation. As of Oct. 13, the inflation rate is 8.2%; the next U.S. inflation update is set to be released Thursday.

Today’s economy is still “somewhat artificial” as a result of the COVID-19 pandemic, Barkin said. Americans have about $1.4 trillion more in savings than they did before the pandemic, money that continues to support consumer demand. Consumers have also increased debt that they paid down during the pandemic, and fiscal stimulus has decreased, though it’s continuing in the form of the $1 trillion bipartisan infrastructure bill signed into law last November, student debt relief, tax reductions in some states and the release of the Strategic Petroleum Reserve.

Getting to something approaching normal will continue to take time and will involve challenges, Barkin said, and while those solutions could trigger economic downturn, high inflation will not become normal. Barkin said he sees the economy getting into “better balance” in coming months, though he expects it to be a lengthy process.

The Fed is “doing what we need to do” about inflation, Barking said, adding that he thinks the economy is on the back end of inflation, which began rising quickly in the second half of 2021. Last week, Barkin told CNBC that the Fed is likely to continue rate hikes, but less aggressively.

“If there’s one thing we learned in the ’70s is that the Fed cannot let inflation fester and expectations rise,” he said Wednesday. “If we back off for fear of a downturn, inflation comes back even stronger and requires even more restraint.”

On the possibility of recession, Barkin noted that the debate over whether the nation has already entered a recession has become so popular that Wikipedia suspended edits on its “recession” entry. But he couldn’t rule a recession out in 2023, saying it’s an “open-ended question.” In June, during a speech in Henrico County, Barkin said he didn’t expect a “significant financial crisis” like the 2008 Great Recession in the current economy.

Barkin noted that growth is slowing, though the country is continuing to add jobs at three times the level of workforce growth, and consumer spending remains around 4%. While most recessions are caused by outside events, Barkin said, referencing events like the 2008 housing crisis and the oil embargo during the 1970s, he said one could occur from the Fed’s efforts to control inflation.

“I think the answer to whether Fed efforts are going to be implicated in that is highly related to how malleable … you think inflation is going to be to supply chains healing and to commodity prices coming down and to labor markets normalizing and the like,” he said. “And I think that is the question we’re trying to figure out.”

Everybody’s talking about the question of recession, he said, and while many companies have “opened up Page 1 of the recession playbook” by installing hiring freezes, cutting advertising and discretionary spending, he doesn’t “hear anybody turning to page four,” which would mean more draconian measures, like layoffs.

“Why would I lay people off now, if I don’t have to? Am I going to be able to get them on the other side of this? So, I think there’s some caution in people’s minds about turning the pages of the playbook,” he said. “But, you know, if something happens from outside, if everyone starts to move at once, you know how it is, people will turn it.” 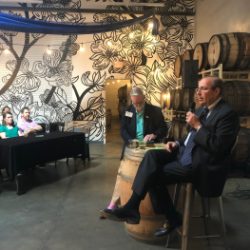 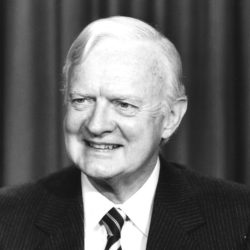