Ruling says both clerk and senators have absolute legislative immunity

A federal judge tossed out state Sen. Amanda Chase’s civil rights lawsuit against the Virginia State Senate, in which she attempted to get her January censure removed from the public record.

Judge Robert E. Payne of the U.S. District Court in the Eastern District of Virginia ruled Thursday that the legislative body and Senate Clerk Susan Clarke Schaar, both named as defendants, are eligible for “absolute legislative immunity” and dismissed the suit with prejudice.

Chase, R-Chesterfield, sued the Senate in February, days after she was censured in a 24-9 bipartisan vote for several actions over the past two years, including participating in a pro-Trump rally in Washington, D.C., on Jan. 6, hours before supporters of the former president violently breached the U.S. Capitol.

Represented by attorney Tim Anderson of Virginia Beach, Chase said the Senate violated her First Amendment right to freedom of speech and the Equal Protection Clause in the 14th Amendment. The suit sought to force Schaar to expunge the record of an earlier version of the censure, which argued that Chase engaged in “fomenting insurrection,” and an injunction to prevent the clerk from publishing the censure resolution in the official Senate journal.

Solicitor General Toby J. Heytens of the state attorney general’s office argued in a February brief seeking dismissal of the suit that both Schaar and the Senate were immune from the suit under sovereign immunity, a tenet of Virginia law that in essence protects the state from civil lawsuits.

Payne agreed in his opinion released Thursday, and bypassed a discussion of “motives of the individual legislators,” because the censure was a “core legislative act” and Chase did not prove that individual senators — not named in the suit — had acted “so far outside ‘the bounds of legislative power’ that the state senators should not be able to claim absolute legislative immunity.”

In a statement, members of the Virginia Senate Democratic Caucus, which voted for Chase’s censure alleging her “failure to uphold her oath of office, misuse of office and conduct unbecoming of a senator” with three Republicans joining them, applauded the decision.

“Sen. Chase’s claims were outlandish and contradictory to her own words,” the statement said. “For a senator who said she would ‘wear the censure as a badge of honor’ to then claim mental anguish is a two-faced attempt to do what is politically expedient instead of what is morally right. Sen. Chase also sought to completely remove any record of the censure from Senate records, which would constitute censorship, while she falsely claims she has been censored by her colleagues.

“As senators, we hold ourselves to a high standard because we are leaders and role models in our community. Sen. Chase’s lawsuit was just another occurrence in her pattern of disrespectful and disorderly behavior, and we are glad to see her contrived complaints be thrown out of court.”

Chase was the first Virginia senator to be censured since 1987, when Norfolk Democrat Peter Balabas was sanctioned for not disclosing a conflict of interest. Although censure doesn’t carry any other penalties in Virginia, Chase is last in seniority in Senate despite having represented Chesterfield County since 2016, and she earlier had been stripped of committee assignments after leaving the Senate Republican Caucus in 2019.

Earlier this week, Chase lost the Republican convention vote for the party’s gubernatorial nomination, coming in third behind nominee Glenn Youngkin and entrepreneur Pete Snyder, but she has left the door open for a possible independent run.

In a Facebook post Friday, Chase did not refer to the ruling but said she plans to “be back on the grid Monday” after a beach vacation and thanked her campaign’s supporters. Her attorney did not immediately respond to a request for comment on the judge’s ruling Thursday. 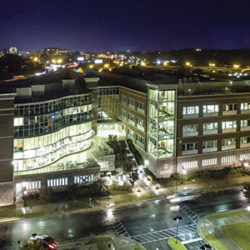