Stephen J. Shepard is the company’s new president and COO, a promotion from executive vice president of operations, a position he has held since April. In his new role, he will focus on increasing production capacity while reducing the company’s greenhouse gas footprint and championing environmental sustainability, according to a news release from Farmer Focus. He replaces Erik Vaughan, who had been president and COO since 2017.

Kathryn Tuttle has been promoted from chief marketing officer, the position she’d held since 2020, to the newly created position of chief commercial officer. In her expanded role, she will oversee sales, marketing and new product innovation.

“The promotion of Stephen and Kathryn furthers our mission to promote and protect generational farming while prioritizing animal welfare and growing the organic category as a whole,” Farmer Focus Founding Farmer and CEO Corwin Heatwole said in a statement. “We are excited to continue developing our team, and leveraging their experience to grow our business and network of family farmers.”

Founded in 2014 and formerly known as Shenandoah Valley Organic, Farmer Focus sells organic poultry raised as free-ranging on humane-certified farms. It has partnered with 78 independent chicken farmers and has more than 130 on its waiting list. In February, Farmer Focus opened a 78,000-square-foot packaging facility in Harrisonburg, which increased production capacity and expanded Farmer Focus’ 700-person-plus workforce.

The organic chicken producer has expanded its product line into Publix Super Markets Inc. and now has a partnership with Safeway Inc. in the mid-Atlantic region, according to a news release. It added 750 retail locations in the fourth quarter of 2022, making its chicken available in more than 3,100 stores throughout the East Coast and Midwest.

In September 2021, Farmer Focus hired a new chief financial officer and a research and development head. 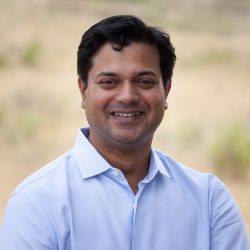