Visitors to Fairfax County often are drawn to its dense, urban environment and entertainment offerings, from the upscale Tysons Corner Center mall to Wolf Trap.

Now, the county’s southern portion is staking a claim to the tourism economy.

In May, Fairfax officials announced a new name for that area, Potomac Banks, which encapsulates the Mount Vernon district. It also launched a marketing campaign promoting a discount pass for visitors to the area’s attractions. With the pass — $25 for children, $45 for adults — visitors receive a 20% discount on participating store and restaurant purchases and admissions to historic attractions like George Washington’s Mount Vernon estate, Gunston Hall, Woodlawn and the Pope-Leighey House.

Barry Biggar, president and CEO of Visit Fairfax, the county’s tourism marketing organization, says attractions in the Potomac Banks area have operated in a vacuum because they were marketed separately from each another. “It’s really a phenomenal place that needed to be collated and brought together to market itself as a destination,” he says.

It’s also only a start. In September, Visit Fairfax will hold meetings with local hotel and restaurant industry leaders as part of a campaign to turn Potomac Banks into a tourism improvement district, or TID, which would impose fees to fund tourism boosting activities and improvements and would be administered through a nonprofit. Establishing TIDs, which were enabled by the General Assembly in 2021, requires approval from a majority of local businesses within a proposed district as well as approval from local government.

The Potomac Banks TID could be the first in the state, according to Virginia Tourism Corp. Director of Business Development Wirt Confroy, who says he’s unaware of any others that have formed.

Visit Fairfax contributed $30,000 to springboard the campaign, Biggar says. Additional details, including fees the TID might levy and what activities it might fund, will be determined via conversations with local industry.

“The tourism improvement district is a way of ensuring ongoing resources to continue to build out and grow the visitation area,” Biggar says.

“We see this [campaign] as an important means of getting back and growing the industry, not only to pre-pandemic [levels] but above,” he says. 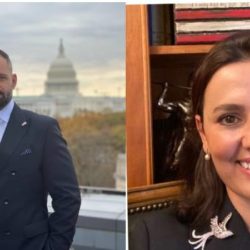 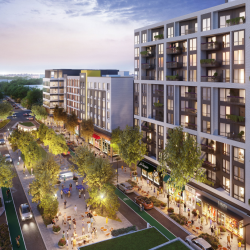