Fairfax-based real estate company The Peterson Cos. has formed a self-storage division, the company announced Monday.

It is the company’s first new division in more than 35 years and Jim Mertz will run it, the company said in a news release. Mertz joined Peterson Cos. in 2015 to lead the development effort for Promenade at Virginia Gateway and the region’s first Cabela’s store in Gainesville.  In addition, he is responsible for the development of TopGolf and IFly at Commonwealth Center and opened Peterson’s first self-storage facility in Loudoun County.

“The self-storage industry is experiencing tremendous growth right now and demand for self-storage in the greater Washington, D.C. region is at an all-time high,”Jon Peterson, CEO of Peterson Cos., said in a statement.  “With three operating facilities and several more in the pipeline, the time was right to create a dedicated division focused on growing our self-storage portfolio and Jim was the perfect choice to lead this effort.”

Last week, the company broke ground on a facility in Maryland expected to open in 2022.

Smaller office will be designed for fewer on-site employees 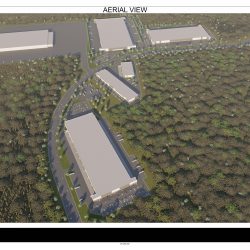 The Peterson Cos., JLL collaborating on Northern Virginia Gateway