The trio of companies will bring fiber-to-the-home and wireless internet to about 6,000 households in Grayson, a Southwest Virginia county with a population of about 15,000. Gigabeam will begin offering internet service in the fall.

Facebook is building new long-haul fiber routes, which will connect Virginia, Ohio and North Carolina data centers. When completed, they will allow small local carriers to use the excess capacity to provide connectivity in underserved areas. Last year, the company opened a $1.75 billion center in Henrico County.

Facebook’s network will connect with Appalachian Power’s middle-mile fiber network along its electric infrastructure grid, which Gigabeam Networks built on, extending fiber-to-the-home, bringing customers broadband access. Facebook’s long-haul network will allow for increased access to backhaul (transmission of a signal between sites). It also brings engineering, construction and technical resources to the table.

Gov. Ralph Northam and U.S. Sen. Mark Warner have focused efforts on bringing broadband access to all underserved areas of Virginia. In July, Northam said he wants to spend $700 million of the state’s federal relief funding on expanding access to Virginia in the next 18 months, and earlier this month, Warner secured $219.8 million in extra federal funds for Virginia, part of his $10 billion allocation nationwide to help states, territories and tribal governments increase broadband access.

“I’m a big believer that with this level of high speed and connectivity, people won’t be forced to move away to cities to find good quality jobs,” Warner said in a statement. 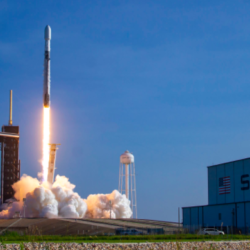 Wise County is first to receive Starlink internet in Va.