700 personnel and contractors plus 1,600 dependents to move to Hampton Roads

The U.S. Air Force is relocating the branch’s only advanced training unit for F-22 Raptor fighter jets from Florida to Joint Base Langley-Eustis in Hampton, bringing some 2,300 people to the region, the Air Force confirmed to the Air Force Times newspaper on Wednesday, June 23.

“We are thrilled to welcome the F-22 Raptor formal training unit to our commonwealth,” Virginia Gov. Northam said in a statement released Friday. Northam and a bipartisan delegate of Virginia congressional representatives and General Assembly members had urged the Air Force to select Joint Base Langley-Eustis as the new home for the F-22 Formal Training Unit (FTU) after the unit was displaced from its home at Tyndall Air Force near Panama City, Florida, in 2018 after Hurricane Michael caused more than $5 billion in damages to the base. The unit had been temporarily stationed at Florida’s Eglin Air Force Base for the last few years.

The FTU will bring approximately 700 military and civilian personnel and contractors, along with approximately 1,600 dependents, to the Hampton Roads region. More than 30 F-22s and 16 training aircraft will be relocated to Joint Base Langley-Eustis, which also is home to the Virginia Air National Guard 192nd Fighter Wing.

“Home to a significant number of military installations with critical national security missions and operations, there is no place that welcomes service members more warmly than the Hampton Roads region. Langley-Eustis is the right choice, with the ideal environment to achieve the maintenance and supply efficiencies that are critical to successful F-22 squadron training,” Northam said. “This move is good for the Air Force and the Langley-Eustis community, and demonstrates that Virginia is best suited to host this mission and the next generation of air dominance fighter aircraft.”

In a joint statement, Virginia U.S. Sens. Mark Warner and Tim Kaine said, “After years of advocating alongside the Virginia congressional delegation, we’re pleased that the U.S. Air Force has confirmed what we already knew: Hampton Roads is the ideal location to permanently house the F-22 training squadron. We look forward to working with the U.S. Air Force and the Virginia Air National Guard to make sure the relocation process is a smooth one for the service members and their families that will now make the commonwealth their new home.” 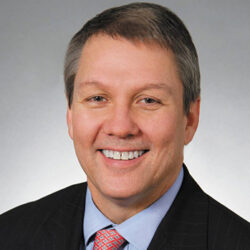