Bristol knows its way around the national spotlight.

During the summer, its residents, businesses and tourism boosters will gear up for the inaugural Battle at Bristol, a nationally televised football game between Virginia Tech and Tennessee hyped as “College Football’s Biggest EVER.”  (See related story.)

Bristol’s history with national attention, however, far predates September’s football game. Bristol Motor Speedway opened in 1961, and as NASCAR’s brand of stock-car racing achieved mainstream popularity in the past 20 years, the track’s August night race attained cult status as the hottest ticket in the sport. It had 55 straight sell-outs until 2009.

“When Bruton Smith bought the track in 1996, he had the vision to know within 10 years or so, he would essentially take the facility down to the ground and rebuild it into 150,000 seats,” says Jerry Caldwell, general manager of Bristol Motor Speedway. “What’s happened since then has solidified Bristol [in NASCAR lore].”

Before the speedway, Bristol had another history-making moment: the 1927 “Bristol sessions”— a series of recordings made by Victor Talking Machine Co. producer Ralph Peer during a Southern field tour — resulted in what is now known as the “big bang of country music.” The recordings launched the careers of the Carter Family, Jimmie Rodgers and others, while helping to make country music a commercial product.

Hard time for coal
Bristol was settled by pioneers in the 1760s, and it became an important supply stop for those venturing further into the Appalachians. It was home to an iron foundry that became Bristol’s first industry. In 1856, the railroad reached the area, turning Bristol into a key coal hub and launching its entry into the industrial age.

Coal remains an important part of Bristol’s economy today. Its boom-and-bust nature, however, has proven to be double-edged. The most recent downturn has been steep and prolonged, and it could prove transformational as Appalachian coal communities try to diversify their economies. Bristol isn’t as directly affected as those localities that produce coal, but it long has served as the corporate and retail headquarters for Southwest Virginia.

Bristol-based Alpha Natural Resources, a Fortune 1000 company, filed for  Chapter 11 bankruptcy in August and has closed many coal mines. Power companies have shuttered many coal-fired plants in response to federal environmental regulations, driving down the cost of steam coal.  Demand for metallurgical coal, which is used to make steel, also has fallen as economic growth in many foreign countries has slowed dramatically.

That trend has affected not just coal companies, but also railroads, equipment manufacturers and retailers who attract customers from the coalfields.

Retail growth
Despite coal’s hard times, many of Bristol’s economic metrics are improving.

“To the extent that Bristol is a corporate headquarters for coal mining companies and a supply center for the coal mining industry, it has been affected, but the effects have sort of been overwhelmed by other positive economic developments,” say retired East Tennessee State University professor Steb Hipple. He is a research associate who produces reports on the regional economy for the university’s Bureau of Business and Economic Research.

Retail numbers look even better. Compared with 2014, third-quarter sales jumped 10.8 percent to $298 million. Sales were up in Scott and Washington counties as well.

“What’s driving the retail activity and tax collections for broader Bristol is the development of a new shopping complex on the Tennessee side of the line, The Pinnacle,” Hipple says. “Bristol, Virginia, has a competing shopping center [The Falls] that is maybe half a year behind in development, but it is now open itself and will be affecting the future retail data.”

The Pinnacle and The Falls represent a new wave of destination retail development.

The Pinnacle opened first, in 2013. Its first anchor retailer, Bass Pro Shops, opened in the fall of 2014, and by the next spring, nearly two dozen other retailers had opened, were under construction or had signed leases. Developer Steve Johnson, a former NFL football player, says that 700,000 square feet are open or under construction, creating 2,000 construction jobs and 2,000 part-time and retail jobs. 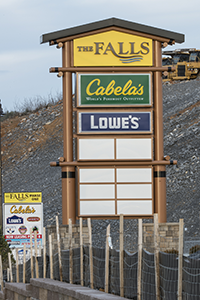 Up the road at The Falls, Lowe’s and Zaxby’s have followed Cabela’s, with more on the way, says developer Brent Roswall of Interstate Development. He pursues “category-killer” tenants, retailers that dominate in their fields.

“It’s about sales and producing the tenant with the highest sales,” Roswall says. “That’s what we have with Lowe’s and Cabela’s. We have the sales leaders.”

The combination of Bass Pro Shops and Cabela’s, large-scale outdoor retailers offering hunting, fishing and camping gear, draws customers from 100 or more miles away. They directly compete with each other, but Hipple says the data shows there’s still room to grow. “We don’t see any results of cannibalizing” so far, he says.

Additional attractions
Regional officials are working to encourage visitors to The Pinnacle and The Falls to explore other regional attractions and stay for longer periods of time. Often the goal is to get tourists to turn a day trip into a weekend, with the additional restaurant and lodging revenue that follows.

This isn’t a new strategy. Local businesses have long planned around NASCAR race weeks at Bristol, including an event in which downtown’s State Street is blocked off and drivers sign autographs. Additionally, Caldwell says, the speedway runs events 307 days during the year, including a slate of drag races.

Nonetheless, the region’s tourism strategy has taken on new dimensions as attractions have been added. Bristol has marketed its country music roots for decades, but the Birthplace of Country Music Museum’s move from a shopping mall to its own building in 2014 made it a new focal point. The site not only gave Bristol increased visibility on the popular Crooked Road Heritage Music Trail, but it also has contributed to a thriving music culture. The Bristol Rhythm and Roots Reunion festival attracts fans each fall to hear acts such as Del McCoury, Sam Bush, John Cowan and the Avett Brothers.

“The best thing that Crooked Road and ‘Round the Mountain [a network of crafters and artisans] have created are partnerships,” says Matt Bolas, executive director of the Bristol Convention and Visitor’s Bureau and vice president of the Bristol Chamber of Commerce. “They forge relationships for people to navigate through our communities. Someone from New York coming here wants to see the Carter Fold [the Carter Family music venue nearby Hiltons] because it’s genuine, it’s authentic.”

Downtown also has seen a revival in recent years, with the opening of three craft breweries, with more in the works. Two boutique hotels are under construction as well. 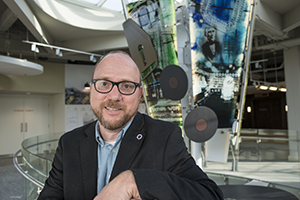 “Sometimes you have people who remember downtown in its heyday in the ’40s and ’50s,” says Bristol Vice Mayor Bill Hartley. “It’s not exactly like it was back then, but there’s a lot of activity. You have a lot of different things coming downtown, breweries and boutique hotels, that really capture the essence of Bristol.”

Creeper Trail and Barter Theatre
Bristol has also capitalized on its location as a gateway from Interstate 81 to outdoor recreation around the region. It has become a destination for fly fishing, and the Virginia Creeper Trail. The 35-mile rail trail, which begins in nearby Abingdon, attracts hikers and cyclists.

Abingdon also is home to the Barter Theatre, which opened during the Depression offering tickets for food and other goods. Today it is the nation’s longest-running professional theater.

“There’s a saying our local [tourism office] uses,” says Kathleen Bundy, the theater’s communications specialist. “Based on research study, barterers will not creep, but creepers will barter. People who come into town for the Barter don’t visit the [Virginia] Creeper Trail, but nearly everyone who comes into town to hike or bike the creeper trail comes for a show as well.”

Economic development
Bristol has focused on reviving its downtown and expanding sectors with room to grow — a critical strategy since the city is prevented by state law from expanding through annexation. Nearby counties still can offer open land for business prospects. Accordingly, they have seen more economic development announcements in manufacturing and technology.

In 2006, Bristol Compressors nearly closed its plant in Washington County. It was saved by state and local government intervention, eventually leading to an announcement last year that it would invest $1 million to expand its operation and create 110 jobs.

Also in Washington County, Qore Systems, which makes antimicrobial hand sanitizer, announced it would spend nearly $13 million to move its operations from Arizona and create 140 jobs.

In February, TNDSYS LLC and Native Cloud Data System Inc. announced they would collaborate and expand a data center and management operations at the Crooked Road Technology Center in Scott County, investing $42 million and creating 72 jobs. 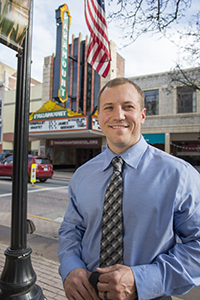 Josh Lewis, executive director of Virginia’s aCorridor, an economic development organization serving  Bristol, Abingdon and a number of other nearby localities, says the creation and expansion of smaller companies is helping drive the local economy’s growth.

“Lots of small companies pop up here and there,” Lewis says. “If you look at statistics, almost all the jobs created in the last five years came from small businesses, meaning 500 people or less.”

Aiding that growth is one of three Virginia Centers for Excellence, located at the Southwest Virginia Alliance for Manufacturing in Abingdon. The centers, created by a partnership between the Commonwealth Center for Advanced Manufacturing and Virginia's Tobacco Region Revitalization Commission, provide advanced workforce training in skill areas including machining, welding and industrial machinery mechanics.

The new center for excellence is targeted not just at the local workforce, but also at a broader multi-locality region. The approach is fitting for officials who are used to working across lines. “Our strength is truly partnership,” says Bolas. “It’s a dynamic where, this is Bristol. It isn’t we only want to see something good happen in Bristol, Virginia, or something good happen only in Bristol, Tennessee. When you’re here, it’s one Bristol, it’s one community.”