“It’s important to have a smooth transition in an orderly way over time for the younger executives to begin their transition to the day when they are senior executives,” said Rogers, 65.

“Whit’s my guy, I trust him completely,” Rogers added. “He’s the best underwriter I’ve ever seen. … Together, we’re an awesome team. I can do the words; he can do the models and numbers.”

In his new role, Huffman will work with Rogers to manage all aspects of the firm, and the pair will work closely to continue plotting the expanding firm’s growth and strategic direction. Rogers said Huffman has built relationships with brokers, builders and developers and “completely understands the world we live in, from soup to nuts.”

Before joining Capital Square, Huffman was an associate with Bethesda, Maryland-based real estate investment trust JBG Smith Properties. Huffman “cut his teeth” at JBG Smith, he says, developing a solid background in multifamily housing. While there, he helped develop 1,300 residential units and more than 210,000 square feet of retail space. He also sought entitlements for more than 1,500 residential units and 350,000 square feet of retail space. Before he was with JBG Smith, he worked as a consultant for Ernst & Young. He earned his undergraduate degree from the Miami University’s Farmer School of Business and his master’s degree from Georgetown University.

Huffman said he was drawn to Capital Square by the opportunity to grow a company and work with Rogers, a nationally recognized expert on Section 1031 exchanges and other real estate, tax and securities topics. Rogers spoke highly of Huffman, crediting him with recruiting younger executives and finding new markets, along with increasing acquisitions, raising funds and building a new development team. Huffman “joined, and our business doubled, tripled and quadrupled,” Rogers says.

Capital Square was named to Inc. 5000’s list of fastest-growing private companies this year for the sixth straight year. Its annual growth rate is 282% and it was ranked No. 2,117 on the most recent list.

Capital Square has more than 100 employees, adding 50 staffers during the pandemic.

“I’m honored to have the opportunity to lead Capital Square beside Louis as co-chief executive officer,” Huffman said in a statement. “It has been incredible to be a part of the company’s exceptional growth over the past five years, and I’m excited to continue the momentum with our talented team. Our motto at Capital Square is that we are building the future, and we’ve just gotten started.”

Since 2012, Capital Square has raised more than $3 billion in equity. In recent years, the company has become an active developer of mixed-use multifamily properties across the Southeastern U.S. It also has acquired medical and industrial properties.

In June, Capital Square broke ground on a luxury apartment tower in Raleigh, North Carolina’s Warehouse District; in July, the company started construction on a luxury apartment hotel in Charleston, South Carolina. Capital Square also is the largest developer in Richmond’s Scott’s Addition neighborhood, where it built the Ink, Viv and Gem apartment complexes. Another development, The Otis, has 350 units and is under construction and another development with three buildings at 2935 W. Clay St., 2944 W. Marshall St. and 2931 W. Marshall St. will have 350 units and is in early development. In total, Capital Square has 912 units in Scott’s Addition.

In 2022, Capital Square had at least 16 closings, with two more expected in September. Recent multifamily acquisitions by Capital Square include the $98 million purchase in August of Rivergate, a 402-unit apartment community in Woodbridge. Between April and July, it also purchased Sterling Manor in Williamsburg, Hunter’s Chase in Chesterfield County and The Trails at Short Pump in Henrico County.

Having co-CEOs is a rare concept, but it’s caught on more recently, with examples including Reed Hastings and Ted Sarandos at Netflix Inc., and Marc Benioff and Bret Taylor at Salesforce. In Virginia, Henrico-based Markel Corp. has co-CEOs, though Richard R. Whitt III will retire by March 31, 2023, leaving Thomas S. Gaynor as the company’s sole CEO.

Of the 2,200 companies listed in the S&P 1200 and the Russell 1000 from 1996 to 2020, fewer than 100 were led by co-executives, according to the Harvard Business Review, which analyzed 87 companies with co-CEOs and found that nearly 60% of companies led by co-CEOs produced higher-than-average shareholder returns than their respective company indexes. 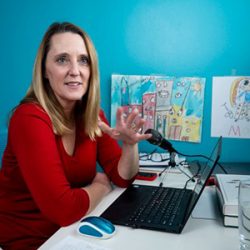