The organization, which has offices in Richmond and Hampton Roads, is building a 12,645-square-foot school in Norfolk, which will use up to $10 million in donations. The school, set to open next fall in Norfolk’s Park Place neighborhood, will serve 104 children ages 1 through 5 from low, middle and high-income families. E3 will then track each child’s progress from kindergarten to third grade.

The annual budget for the school, which will employ a staff of 26, will be around $1.1 million, says Lisa Howard, the organization’s president and CEO.

Norfolk was chosen as the location for the school, “partly because of economies of scale,” Howard says. The YMCA on Granby Street acquired land from the city to be used for an early-education school. “It just happened that there was some real momentum in the Norfolk area, and. of course, we have ties to Hampton Roads,” Howard says.

E3 was formed in 2012 by business, civic and philanthropic leaders to challenge policymakers to make early childhood education in Virginia a priority. According to Voices for Virginia’s Children, one out of seven children in the commonwealth’s kindergartens lack basic reading skills.

Children not reading proficiently by third grade are four times more likely to not graduate from high school, according to a 2012 study by the Annie E. Casey Foundation titled “How Third-Grade Reading Skills and Poverty Influence High School Graduation.”

“Our goal with E3: Elevate Early Education is to … change the way our state thinks and prioritizes early education, and right now, I think it’s fair to say the policies aren’t keeping up with what the research is telling us,” Howard says.

Strengthening Elevate Early Education’s efforts will be Old Dominion University’s Virginia Early Childhood Policy Center, which launched in September. “Our policy center, VECPC, hopes to collaborate with E3 on a variety of projects related to early childhood programming and policy in Virginia,” wrote Angela Eckhoff, the center’s co-director in an email. 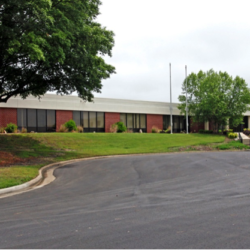