In a state nationally recognized for its colleges and universities, these are the educators and leaders who continue to grow Virginia’s reputation for academic excellence. 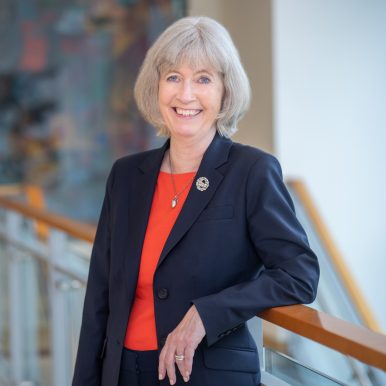 In August, Marianne Baernholdt returned to U.Va. after a stint at the University of North Carolina’s nursing school, where she led global initiatives and was interim dean of research. Previously, she directed U.Va.’s Rural and Global Health Care Center and taught at the School of Medicine. Now, she’s taking on the important job of training more nurses and clinical nursing trainers — both of which are in short supply. “In the U.S., we are turning away about 80,000 students every year that want to be nurses” because hospitals don’t have enough personnel to provide hands-on training, she says. In addition to being dean, Baernholdt serves on UVA Health’s executive team, addressing workplace issues for current nurses, too. 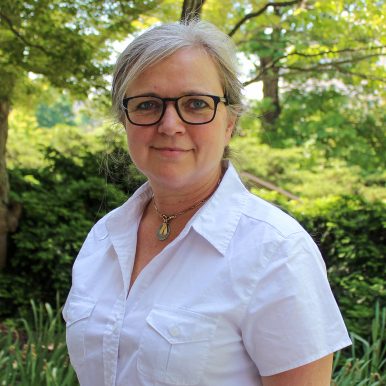 In July, officials at Virginia Tech named Ann-Marie Knoblauch director of the university’s School of Visual Arts. Knoblauch had served as interim director of the school since January 2021. In that post, she says, she saw her job as “making sure the lights stayed on.” Now, that she’s been officially named director, Knoblauch feels freer to envision what the School of Visual Arts and the arts generally at Virginia Tech might look like in the future.

Knoblauch, who is also teaching a class on ancient Egyptian art and architecture this semester, enjoys shopping for antique art or vintage jewelry in her free time. “I love to find treasures,” she says.

When Linsey Marr started researching how airborne illnesses could be transmitted in 2007, it was initially driven by personal reasons: She wanted to know why her child was always getting sick at daycare. But when COVID-19 took hold, suddenly her research was more relevant than ever. “I toiled in obscurity,” she says. “Then the pandemic hit and there was this 180-degree turn. Things I thought would take 30 years to change in our thinking have changed within two years.” The Centers for Disease Control and Prevention, the World Health Organization and the White House sought her out, and she published more than 20 research papers in 2020. Marr also received a 2022 Outstanding Faculty award from the State Council of Higher Education for Virginia (SCHEV). Her research led to the publication of a groundbreaking study that found flu virus in microscopic droplets that were small enough to remain floating in the air for an hour or more, and that flu seasonality is associated with humidity, according to The New York Times. 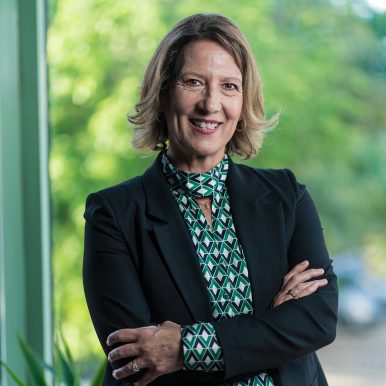 A cousin of pop star Katy Perry, Melissa Perry has a résumé that runs deep, having written more than 150 papers on epidemiology and public health. In August, she became dean of GMU’s College of Health and Human Services — which in November rebranded itself as the College of Public Health in a move to address a critical need for skilled health professionals and research across the state. Perry had previously chaired George Washington University’s Department of Environmental and Occupational Health since 2011.

Perry’s realm of research has focused on the impact of climate change on the properties of pesticides and other chemicals, as well as pesticide exposure effects on farming communities, agricultural workers and the public.

No word on whether she has the eye of the tiger or if we’ll hear her roar. 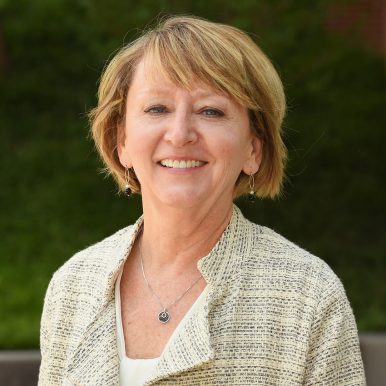 A former Roanoke Times editor, Carole Tarrant found herself in 2013 as part of the growing club of laid-off journalists. That fall, the Roanoke resident started working in marketing for VWCC, and in 2014, she was promoted to development coordinator, running the college educational foundation’s fundraising. Unlike some community colleges, VWCC’s enrollment was up this year, good news for the school. Both jobs — journalism and fundraising — “are so much about relationships and connections,” says Tarrant, who keeps a hand in the reporting world, serving on the board of nonprofit digital news outlet Cardinal News, which covers Southern and Southwest Virginia. “I’ve been their No. 1 fan from the beginning.” 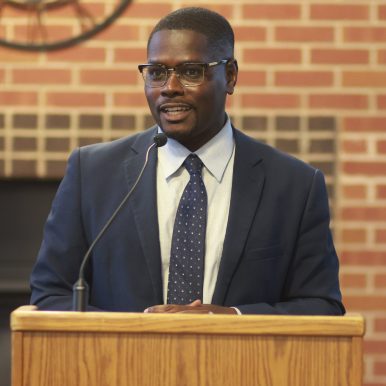 Jerry Wallace, who became DCC’s president in July, started his career in education as a substitute teacher, before ultimately deciding to pursue a career in higher education. Previously president of Nebraska’s Central Community College’s Hastings campus, he’s now in his second college presidency, in Danville, a city that he says mirrors his hometown of Muskegon, Michigan. DCC has many projects on the horizon he’s excited about, including collaborating with Caesars Virginia to help prep the forthcoming casino’s workforce and building an aviation maintenance program. But at home, he has an even bigger project — getting ready for his first child, expected in May. Wallace and his wife spend their weekends at car shows with their black 1976 Ford Thunderbird. They also flip houses in Michigan and expect to do it in Virginia soon. 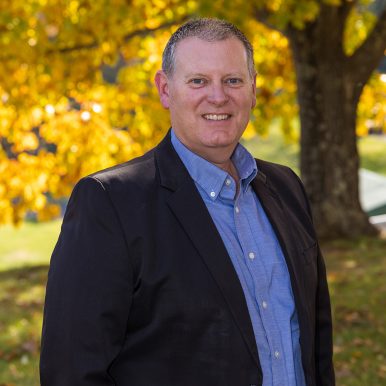 Tommy Wright isn’t a guy content to stick with the status quo.

Since becoming Southwest Virginia Community College’s president in 2018, he’s launched a full athletic program with 14 teams and about 250 athletes. Since about 75 of those athletes were recruited to play for SWCC and hail from outside the localities the community college primarily serves — Buchanan, Russell, Tazewell and Dickenson counties — they needed housing.

Wright worked with the community college’s foundation to authorize a loan for $3.5 million to build two dormitories. In addition to athletes, Wright thinks the housing also will be used by students who’ve aged out of foster care, as well as those who have long commutes to Cedar Bluff.

In early November, Wright said he hoped to see students moving into the first 48-person dorm in a couple of weeks. “We’re excited to get that open,” he says.

Troy Wiipongwii, whose biological parents came from the middle class, was adopted by his godparents at age 9 and grew up in New Jersey’s wealthy suburbs outside of New York City. The differences he witnessed made an impact; Wiipongwii says he feels a “duty to create opportunities that can improve the lives of the middle class.”

Wiipongwii founded William & Mary’s blockchain lab as an extension of his graduate work; he earned a Ph.D. in data science and technology from Capitol Technology University in September. He also taught a blockchain course at Emory & Henry College.