As part of moving its customer service operations from overseas to the U.S., EarthLink will build a 30,000-square-foot facility on a site in the 200-acre Project Intersection development, owned by Lonesome Pine Regional Industrial Facilities Authority, near the northeast junction of U.S. Route 23 and U.S. Highway 58. Wise County is providing temporary office space during construction of the building. EarthLink will be the first tenant at Project Intersection.

“EarthLink’s new support center in Norton will play a major role in bringing the company’s customer service operations to the United States, creating economic opportunity and new jobs for Virginians,” Northam said in a statement. “The rural regions of the commonwealth successfully compete for and attract projects due to their infrastructure, business-friendly operating costs and dedicated and highly-skilled workforce.”

Founded in 1994, EarthLink is a U.S. internet service provider focused on small businesses and homes. The company went public on Nasdaq in 1997.

“Having grown up in this area, it gives me great pride to further EarthLink’s efforts to provide award-winning customer experiences through our new sales and service center in Norton,” EarthLink CEO Glenn Goad said in a statement. “We look forward to a long partnership with this community and the employees who will become part of EarthLink.”

Called “Project Homecoming,” the effort to recruit this project began in November 2019. InvestSWVA marketing campaign team members and Virginia legislators Del. Terry Kilgore, Sen. Ben Chafin (prior to his death on Jan. 1, 2021), Sen. Todd Pillion and Del. Israel O’Quinn, along with Duane Miller, the executive director of the LENOWISCO Planning District Commission, and Will Payne, the lead consultant for InvestSWVA, led the process. The team flew to Atlanta to pitch to the EarthLink team and held more than 100 in-person, Zoom and phone meetings over 22 months, according to a news release.

“This announcement is the culmination of a lot of hard work and effort by local and state leaders, the EarthLink team, and many others,” Miller said in a statement. “We are all excited to have a company with an iconic name like EarthLink, who has been consistently honored with the coveted Great Place to Work Certification, locate to Southwest Virginia.”

Northam approved a New Company Incentive Program grant of $686,500 from the Commonwealth’s Opportunity Fund. The Virginia Tobacco Region Revitalization Commission approved a $62,500 Tobacco Region Opportunity Fund grant. EarthLink is eligible to receive benefits from the Virginia Enterprise Zone Program, administered by the Virginia Department of Housing and Community Development, and from the Major Business Facility Job Tax Credit for full-time jobs created. The company will also receive funding and services from the the VEDP’s Virginia Jobs Investment Program, which provides state funding to support employee recruitment and training to companies creating jobs. 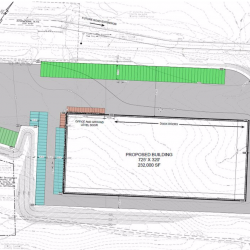