Tysons IT services company in conciliation agreement with DOL

Tysons-based Fortune 500 IT services company DXC Technology has entered into a conciliation agreement with the U.S. Department of Labor’s Office of Federal Contract Compliance Programs (OFCCP) and agreed to pay $650,000 in back pay and interest to resolve compensation discrimination allegations against female employees in 2012.

DXC Technology was formed in 2017 when the Hewlett-Packard Co. (HP)’s enterprise services business merged with Computer Sciences Corp. (CS). The allegations that a DXC predecessor company paid female employees less than comparable male employees in finance positions are from Nov. 1, 2012, before the DXC Technology brand was formed.

“We are pleased to resolve this matter, which involved the evaluation of certain practices of a then-unaffiliated company dating to 2012,” DXC Technology spokesperson Richard Adamonis said in a statement. “We voluntarily inherited this matter with the creation of DXC Technology in 2017.  As part of the ‘new DXC’ we are moving at pace to clean up these lingering disputes.”

“The Department of Labor and DXC will ensure the company will take measures to comply with compensation practices and equal employment opportunity laws,” Melissa Speer, OFCCP Southwest and Rocky Mountain director, said in a statement.

DXC Technology has also agreed to conduct an annual self-analysis of pay and revise its compensation policies and procedures.

The company has 138,000 employees worldwide and last year had revenues of more than $21 billion. 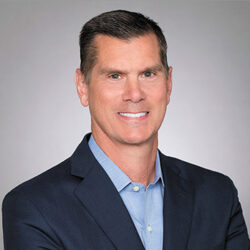 Gainwell Technologies will operate as standalone company with 7,500+ employees