Mike Salvino, president and CEO of DXC Technology Co., will be adding chairman to his title, the Ashburn-based Fortune 500 IT services company announced Tuesday.

Salvino will ascend to his new position following the company’s annual stockholder meeting on July 26. He succeeds former Pfizer Inc. Chairman and CEO Ian C. Read, who is retiring after a two-year stint as DXC’s chairman.

David Herzog, who has served on DXC’s board since since 2017, will become the board’s lead independent director.

“Mike’s appointment to board chairman reflects his tremendous success as DXC’s president and CEO and his excellent working relationship with our board,” Read said in a statement. “Since Mike became CEO, he has successfully guided DXC through an impressive transformation journey, creating significant value for DXC customers, colleagues and shareholders. On behalf of the entire board, I am delighted to welcome Mike as our next chairman.”

DXC outlined its transformation journey in its 2021 annual report as a five-part strategic plan focusing on customers, the market, optimizing costs, strengthening finances and recruiting and retaining talent.

“We would like to thank Ian for his dedication to DXC as chairman and for his help in guiding the company through its transformation journey,” Salvino said. “Ian is an accomplished leader who has had an indelible impact on DXC, serving as a mentor, partner and a steady hand for the entire board over the past two years as we put DXC in a much stronger position. It is truly an honor to work with him.”

Herzog, a former chief financial officer for AIG Inc., also serves on the board of MetLife Inc., Ambac Financial Group Inc. and PCCW Limited. He will reduce the number of other public boards he serves on from three to two before taking on his new role for DXC.

“David is a seasoned director who has served on the board since DXC’s formation, including as acting chairman and as audit committee chair, and we look forward to his continued strong partnership,” Salvino said. 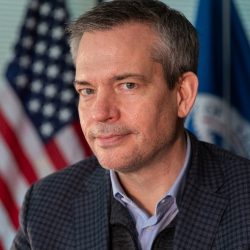 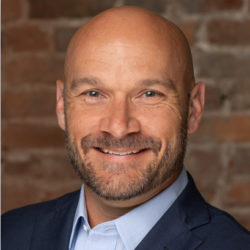