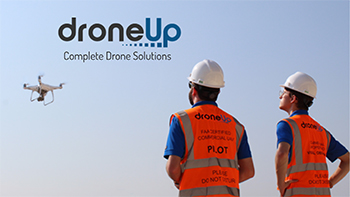 DroneUp, founded in 2016, created Mission Match to connect clients, including commercial, government and military organizations, to drone pilots on demand. Virginia competed with North Carolina for the project, according to the governor’s announcement.

The company plans to invest $130,000 to expand its headquarters on Newtown Road, near the intersection of interstates 64 and 264, where it moved in January. Construction is expected to conclude for the most part by the end of the year, the company says, although there will likely be minor projects in 2020.

This year, DroneUp added Chief Revenue Officer Tripp Shannon to its leadership team to oversee sales and marketing and has also made hires for other managerial positions. By year end, they expect to hire more salespeople, according to the company. The new jobs in 2020 will be in the areas of sales, marketing, app development and flight operations, according to Amy T. Wiegand, DroneUp’s marketing and communications director.

In August, DroneUp announced it had been awarded a state contract to provide drone services to state agencies, universities and other public entities.