“It’s going to be unique for all businesses downtown because tourism is happening in Danville and people are excited about moving into the downtown community,” says Ferrell, a partner in Culture Restaurant and Grill, which opened in the River District in February.

On April 5, Danville City Council voted to establish the district, allowing adults to drink in public from 8 a.m. to midnight daily in a 159-acre area.

Virginia Alcoholic Beverage Control Authority approval of the district will take 60 to 90 days after Danville submits its official application to the state, which the city hadn’t done as of early May, an ABC spokesperson confirmed.

Visitors will be able to buy drinks at about 10 state ABC-licensed establishments and walk within the designed area while consuming alcoholic drinks.

City and business leaders are confident the area will draw more visitors to the revitalized River District, which has numerous bars, restaurants and other businesses and hosts the Danville Wine Festival, Bright Leaf Brew Fest, Shrimp Fest and other events.

“This will be a great benefit to the River District,” says Mayor Alonzo Jones. “We’re trying to relax things and make people feel comfortable and enjoy themselves responsibly. It’s a win-win.”

Logan King, assistant general manager of Mucho Taqueria, says the tequila bar is looking forward to having the designated drinking area. “People want to be able to walk outside and go to other restaurants. This is going to bring in more business for the River District.”

Ferrell, a Danville native, is confident the zone will capitalize on recent downtown growth. “In the last 10 years, we’ve seen more public and private investment,” he says, adding that while the additional pedestrian traffic will generate excitement, details remain to be worked out, such as charging fees to bring in alcohol from another establishment. “We’re in a remarkable position because this is new and has not been tried in Virginia before.”

Danville is the first city in the state to take advantage of a 2021 state law allowing localities to establish up to three designated outdoor drinking areas. Jones says future zones could be created in Schoolfield, where the Caesars Virginia casino is set to open in 2024, and North Main Hill. 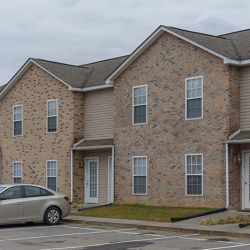 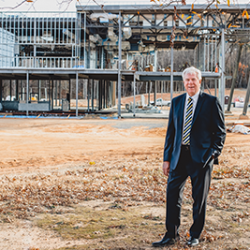