Dominion said Monday that it has reached three major milestones in its Dominion Cove Point LNG liquefaction project.
The company has fully subscribed the marketed capacity of the project, awarded major contracts and will submit an application today for the $3.4 billion to $3.8 billion facility to the Federal Energy Regulatory Commission. The filing is more than 12,000 pages and details the safety, environment, security, cost and community effects of the new liquified natural gas facility.

In a news release,Dominion said it has signed 20-year terminal service agreements with Pacific Summit Energy LLC, a U.S. affiliate of Japanese trading company Sumitomo Corp., and GAIL Global (USA) LNG LLC, a U.S. affiliate of GAIL (India) Ltd. Those companies have each contracted for half of the marketed capacity. Sumitomo, in turn, has announced agreements to serve Tokyo Gas Co. and Kansai Electric Power Co., Inc.  According to Dominion, GAIL is the largest natural gas processing and distributing company in India.

“Japan and India are important allies and trading partners of the United States that are in need of secure sources of natural gas, and Sumitomo and GAIL are high-quality companies working to meet those needs,” Thomas F. Farrell II, Dominion chairman, president and CEO of the Richmond-based energy company, said in a statement. “We believe the agreements we have signed serve very important economic goals for all three nations.”

While the gas liquefied at Cove Point may be sourced from a wide variety of areas, Farrell noted that Cove Point – located on the Chesapeake Bay in Lusby, Md. – would be a premier facility in terms of direct access to the Marcellus and Utica shale plays, two of the most prolific natural gas basins in North America. “No other proposed liquefaction facility can provide the strategic value in terms of supply and location,” Farrell said. “We believe that having achieved these milestones of signed terminal service agreements, an EPC contract and our FERC filing, we are well positioned to obtain permission from the U.S. Department of Energy to move forward with this vital infrastructure project.”

Dominion said benefits of this project are expected to be far-reaching. One study has shown that up to 4,000 jobs would be created in Maryland during the construction phase. Benefits to the natural gas and other industries would support another 14,600 jobs once the facility enters service. The project would produce an estimated $9.8 billion in royalty payments to mineral owners over 25 years. And, about $1 billion annually of additional federal, state and local government revenues would be generated directly and indirectly.

Subject to regulatory approvals, Dominion plans to start construction on the 5.25-MTPA (million tons per annum) facility in 2014 and put the liquefaction facilities in service in 2017.
Customers also have signed precedent agreements for service on the 88-mile Cove Point pipeline, which connects the facility to a nexus of interstate natural gas pipelines in northern Virginia. According to Dominion, customers will procure their own natural gas and deliver it to the Cove Point pipeline.  Dominion will liquefy the gas, store it and load it into ships brought to the facility on the Chesapeake Bay. Dominion will provide a tolling service, and will not take possession of either the natural gas or the LNG.

What’s the big (or small) idea? 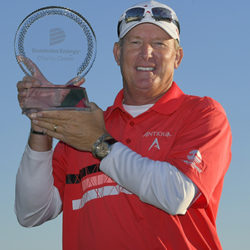