The promotions include leadership of its newest operating segment, which will manage SCANA’s operating and service companies.

P. Rodney Blevins was promoted to president and CEO of Dominion’s new Southeast Energy Group. He has been senior vice president and chief information officer at Dominion.

Two other Dominion executives received promotions to reflect increased complexity of their positions following the merger, the company said.

Blevins joined Dominion Energy in 1987 as an engineer in electric distribution. He has held several executive roles with the company. He has a bachelor’s degree in electrical engineering from Virginia Tech and completed an advanced management program at Duke University’s Fuqua School of Business.

Chapman joined Dominion Energy in 2013 after more than 20 years in investment banking and corporate finance. He assumed his duties as senior vice president, chief financial officer and treasurer in November. He earned a bachelor's degree in history and political science from Auburn University and an MBA from the University of Virginia's Darden School of Business.

Brown joined the company in 2007 after years of private law practice. He has served in various capacities at Dominion Energy and was named vice president and general counsel in January 2017. Brown holds bachelor's and law degrees from the University of Virginia. 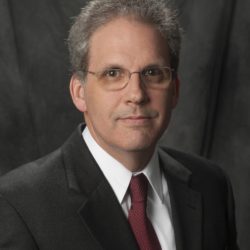