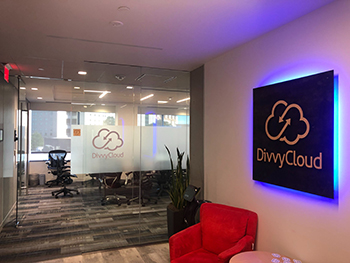 DivvyCloud, a fast-growing automated cloud and container security and compliance company, moved into its new corporate headquarters in Arlington on Monday and announced its plans to double its workforce to at least 120 within the next year.

DivvyCloud has raised $29 million in venture capital funding, including a growth round of $19 million in April led by Providence Strategic Growth. The company was founded in 2013 by CEO Brian Johnson and Chief Technology Officer Chris DeRamus, who both live in Virginia. Johnson, DeRamus and co-founder Andrew Mann, who died from cancer in 2016, left gaming company Electronic Arts to start the business.

“DivvyCloud was born and raised in Arlington, and we are thrilled to continue our growth trajectory in this county,” Johnson said in a statement. “Our people have powered our growth, and we have designed our new headquarters to empower them to do their best work.”

DivvyCloud’s customer base includes Kroger, CoStar and Pizza Hut, and nearly a quarter of its clients are Fortune 100 companies. DeRamus said they are eager to hire more engineers to expand their offerings.