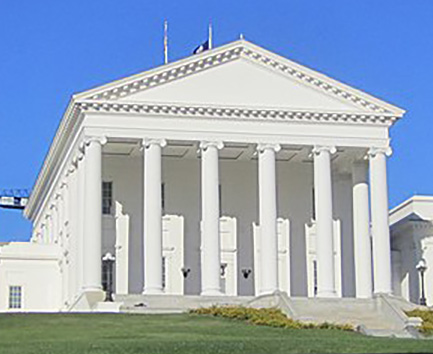 As anticipated by political analysts, Virginia Democrats regained control of the General Assembly for the first time in 26 years after Tuesday’s pivotal election, which saw a record number of women running for the legislature.

The move paves the way for House Minority Leader Del. Eileen Filler-Corn of Fairfax County to become the first female speaker of the House. (Though Democratic Del. Lashrecse Aird of Petersburg said Tuesday she will challenge Filler-Corn for the post.) She would replace the current Republican speaker, Del. Kirk Cox of Colonial Heights, who was re-elected Tuesday. And it opens the door for a Democratic agenda expected to include gun legislation (such as universal background checks and monthly limits on handgun purchases), criminal justice reforms and increasing the minimum wage.

Democrats also will be in a power position to determine the boundaries of state legislative and congressional districts for the next decade.

“Tonight,Virginia Democrats have once again made history. Starting this January, for the first time in decades, Democrats will control the House, Senate, and the Governor’s Office,” Democratic Party of Virginia Chairwoman Susan Swecker said in a statement issued Tuesday. “This landmark victory is a tribute to our candidates, their commitment to the issues that matter, and the work of a strong Democratic Party of Virginia and our partners. And most importantly, we owe this vicictory to the people of Virginia, who with their votes spoke loudly and clearly in placing control of the House and Senate into Democratic hands. Virginia voters made it clear that the time is now for common-sense gun violence prevention, a raise in the minimum wage, the ratification of the Equal Rights Amendment and all the progressive reforms we campaigned so hard on this year.”

For instance, Republican Del. Chris Jones, chair of the powerful House Appropriations Committee, was unseated Tuesday, losing to Democrat Chris Jenkins in Suffolk. After the redistricting decision, the racial makeup of Jones’ district went from being 26% black and 68% white to 45% black and 50% white, moving the district from solidly Republican to giving Democrats a 15-point advantage.

The Democratic sweep also extended to some local races. Democrats also took control of Prince William County’s Board of Supervisors, which had been helmed by controversial Republican Corey Stewart, who lost a 2018 U.S. Senate race to incumbent U.S. Sen. Tim Kaine.

If stay-at-home order is lifted on June 10, most hospitals would exceed capacity this summer, researchers forecast.