Claims information expected to reveal the effectiveness of medical treatments

The idea behind collecting huge piles of data is that, if you can sort it the right way, you’ll learn something. Now that option is available to anyone with a stake in Virginia’s health-care sector, from providers to employers to consumers.

There are lots of possible uses of the data, Lundberg says. Self-insured businesses can study the outcome of the health care their employees are getting and figure out what works and what doesn’t work. Accountable care organizations — which can be groups of doctors, hospitals or other health-care providers — can measure the health outcomes for the population they are treating.

Health departments at the regional and state level can evaluate the needs of specific population groups, and insurers can evaluate the effectiveness of treatments and the costs. Consumers might get less direct benefits from the database, but they presumably will benefit when providers and insurers find some new efficiencies in how health care is delivered and priced.

“The variety of different ways that somebody could use it is pretty much endless,” says Doug Gray, executive director of the Virginia Association of Health Plans (VAHP), which helped fund the data project launch. “For any health-care question that deals with the volume of services, this database can help us.”

For example, the data can show how many prescriptions are being filled for a particular drug. “I’ll be interested in looking at a report on how many name-brand drugs are being prescribed versus generic,” Gray says. “So, we can figure out whether advertising campaigns are influencing those drug purchases.”

The data also can be used to measure whether providers are succeeding in their treatment of a certain population. “This is the kind of thing Medicare is after, to incentivize hospitals and nursing homes to make sure that people don’t end up right back” in the hospital after being discharged, Gray says.

There are, however, limits to the data. The information won’t, for example, include the actual costs of services agreed to by providers and insurers. So it won’t allow direct price comparisons, the kind that might create a competitive advantage.

But the data should reveal patterns and practices and help show successes and failures. For example, the use of prescription opioids (pain-killing drugs like hydrocodone, oxycodone and morphine), is a serious health issue because of the rising number of opioid overdoses in Virginia and around the country (See related story.). The database can reveal how often certain physicians are prescribing these drugs and show in greater detail which parts of the state have higher numbers of opioid abuse. “There’re a whole lot of deep policy questions you can ask,” Gray says.

The first batch of data became available in May, and the cost for accessing it varies depending on the user, Lundberg says. Marketing of the data is just beginning. VHI is using a marketing plan based on work by students at Virginia Commonwealth University’s School of Business. Subscribers will get training from VHI on how to access the data and regular suggestions “on how they can effectively use this,” Lundberg says.

Virginia’s APCD effort was launched in 2012 with legislation from the General Assembly. The state’s Health Department contracted with VHI to implement the project. The initial $3.2 million cost for the project’s launch was shared by the Virginia Hospital and Healthcare Association, VHI and the VAHP.

APCDs started catching on among states about a dozen years ago. According to the APCD Council, about 30 states have either established APCDs or expressed a “strong interest” in doing so. 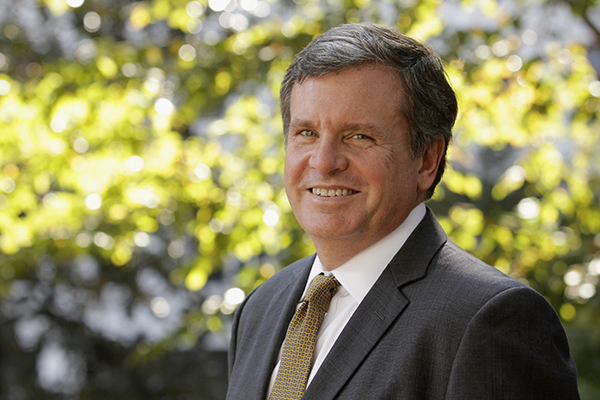 Christopher Bailey, VHHA executive vice president, says all the major health systems in the commonwealth eventually will be subscribing to VHI’s service. “It just takes time,” he says.

The first release had data from insurers Anthem, Cigna, the state’s Department of Medical Assistance Services (which administers Virginia’s Medicaid program), Innovation Health, Kaiser, Optima, Virginia Premier and United Healthcare. Data from Aetna and CareFirst has since been added, according to VHI.

Bailey says the impact of big data is still in the early stages, as providers and insurers navigate what the data means for them, and state and local-level health agencies learn more about the populations they serve.

Another piece of the puzzle is the growing use of electronic medical records (EMR). If providers use EMR technology, the results of treatment decisions can be accessed even more quickly. That will likely raise even more questions. “What this data does is just give you insight into variations and identifies opportunities” to cut costs or improve care, or both, Bailey says.

The Virginia Center for Health Innovation (VCHI) is among the first to tap into the data, says Beth Bortz, the nonprofit organization’s president and CEO. The center is going through the information using a “waste calculator” program, which helps determine which tests or procedures aren’t effective. Milliman MedInsight, the company providing the software for handling the data, created the program. The software’s parameters are based on the Choosing Wisely campaign from the ABIM Foundation (American Board of Internal Medicine).

That campaign, which aims to reduce the number of unnecessary tests and procedures, is funded in part by a grant from the Robert Wood Johnson Foundation. Because the Choosing Wisely campaign “came from the medical community,” Bortz says, it should have some traction in changing behaviors.

The center wants to use the data to narrow its focus and target what is really happening in Virginia’s health-care systems, not what might be happening. “It’s Virginia-specific data,” she says. The next step for the center will be developing a three-pronged campaign, targeting health-care providers, employers and consumers.

One of the issues still unresolved is making sure health-care providers have adequate liability coverage in the event they recommend against a particular procedure. Bortz says VCHI has been talking with legal counsel at the Medical Society of Virginia about what might be done. “You should have what you need,” she says.

Bortz says the center is seeking funding in Gov. Terry McAuliffe’s 2017-2018 budget for additional efforts to show doctors, employers and consumers ways to use the data in reducing unnecessary medical procedures and pricing the value of the health-care services. “This should be the low-hanging fruit that everybody agrees on,” she says.

Hospital executives say they don’t operate in a free market